The Ogres of Mantica are a tough breed, hailing from the harsh climate of the Mammoth Steppe in the north. This realm of tough grassland and icy plateaus is far from hospitable and a hard life awaits any humans foolhardy enough to settle there. The Ogres are proud to call this land home, for it has forged their destiny; it is surely no coincidence that the warriors of the Steppe are among the most highly-regarded fighters in Mantica. Despite their rough-and-ready appearance, Ogres are not mere m 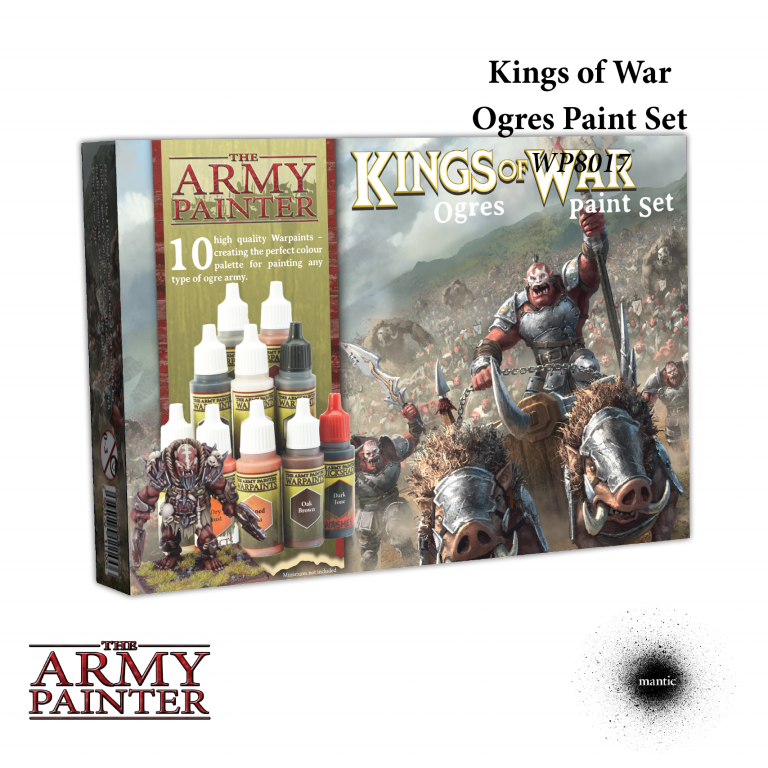 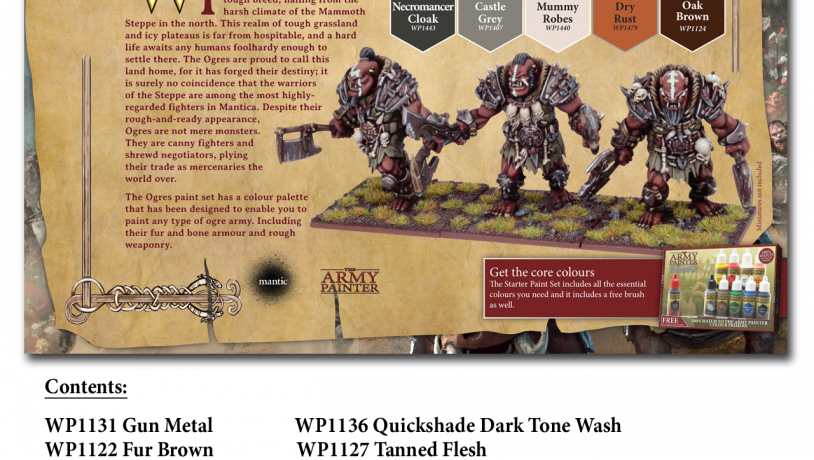 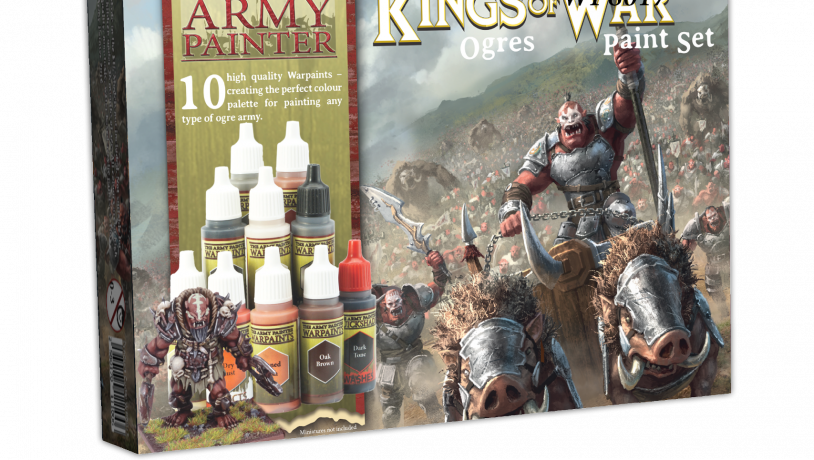 DESCRIPTION
The Ogre paint set has a colour palette that has been designed to enable you to paint any type of Ogre army. including their fur and bone armour and rough weaponry.