5 reasons to be excited about DreadBall Xtreme!!!

DreadBall Xtreme takes the foundation that DreadBall Original laid down and turns the violence up to 11! Let’s take a look at my top 5 reasons to play the galaxy’s most brutal sport!

If you are like me then you’ll love all the extra ways to cause the opposing team pain. Sabotage cards such as the “shiv”, which gives you an extra +2 dice to a Slam, make sure that putting the hurt on the opposing team is even easier than before! We wouldn’t want the crowd to be disappointed right? 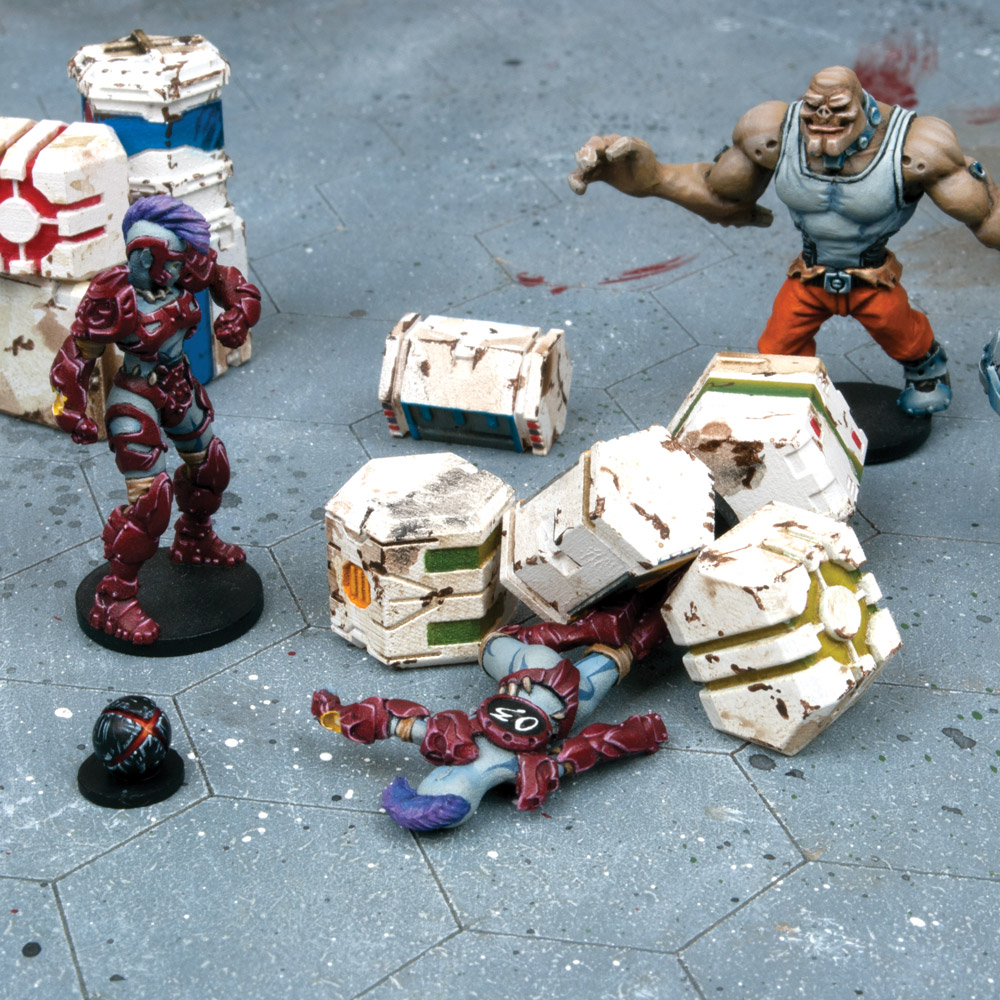 A monsterous Convict Thug brings a world of hurt to a puny Kalyshi player!

The aim of the game is still to score and win, but having the necessary tools to kill as many of your opponents team along the way is always a bonus right? I never liked the referee anyway…..

4) Booby Traps and Obstacles
DreadBall not messy enough for you? Well Xtreme gives you the tools you need to make things a little bit more ‘exciting’. In order to make a more entertaining game for the paying crowd, the organisers of a game of DBX plant a number of explosive booby traps around the pitch. These are concealed in short obstacles, though everyone knows that they’re there – part of the crowd’s fun is watching players worry about whether or not their next step will be their last! 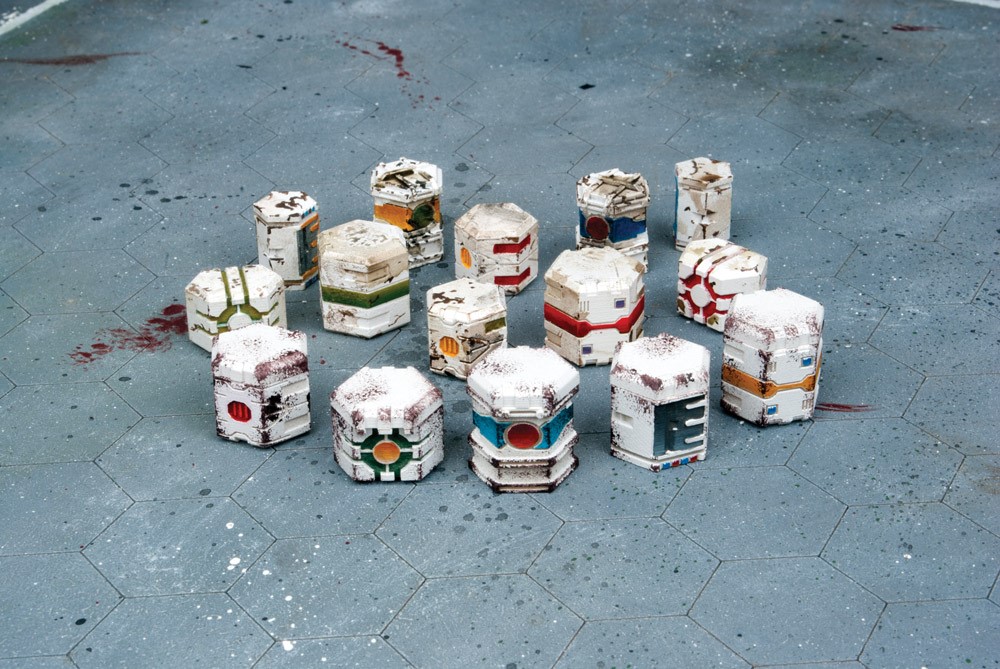 Booby traps lay scattered across the pitch. But what’s hiding under each lid is anyones guess……….

A player uncovers a booby trap the first time they move adjacent to it (either by choice or by force).  The lid of the trap is removed to reveal the effect of the trap, ranging from it being a ‘dud’ to the catastrophic explosion that is ‘oh sweet lord!’.

3) New Teams and Free Agents
We all love new teams, and DreadBall Xtreme brings two new teams to the brawl. Firstly we have the Kalyshi, a sub-set of Asterian society who live a more wild and martial lifestyle to their counter parts. Secondly we have the Convicts. These are some of the universes most hardened criminals, drafted into the world of DreadBall as disposable assets. 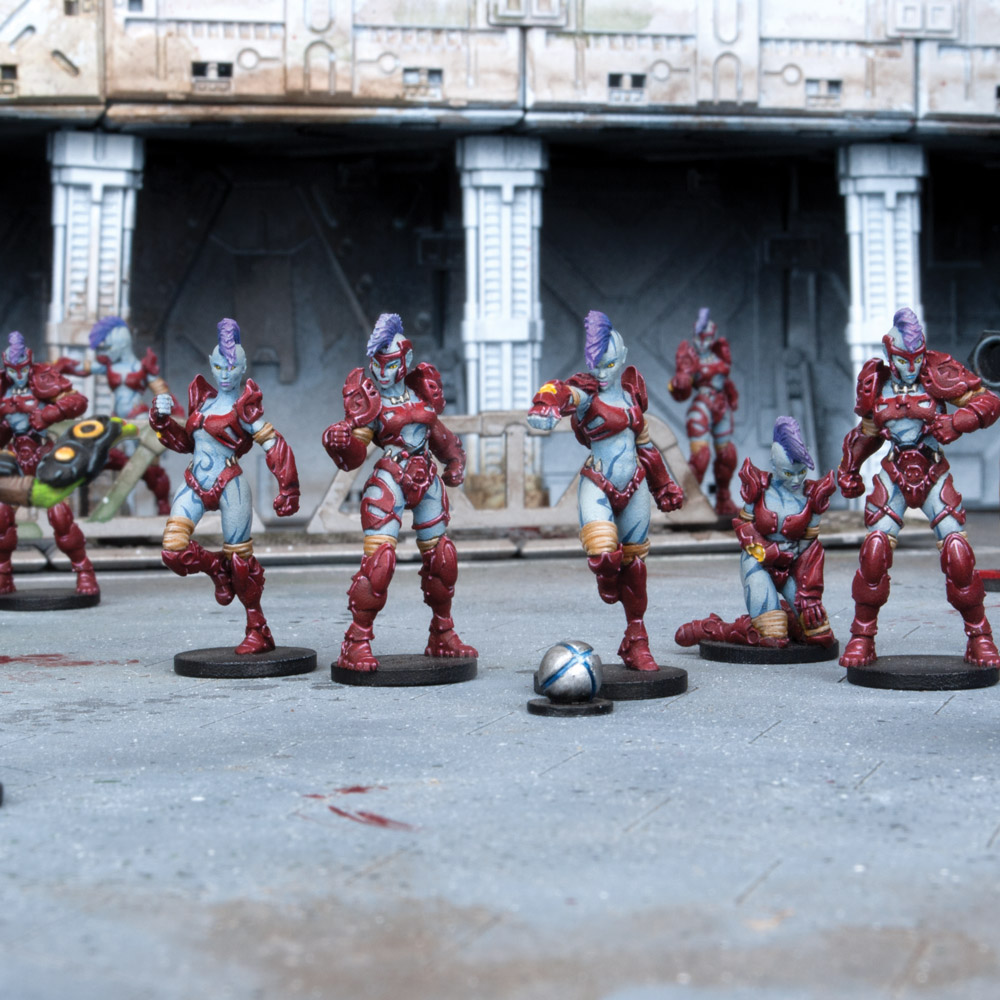 The Kalyshi choose to live a life much different from that of the Asterian nature. A life more primal and and ferocious.

When the Season 5 book comes out later in the year you’ll also be able to use these new teams in Original DreadBall as well.

DreadBall Xtreme also introduces a huge variety of free agents in Xtreme, all very different both visually and in playstyle. With free agents like the incredibly alien and resilient Pusk Rampager to the robotic brutality of the Jetari, there is clearly a free agents to suit everyones taste. 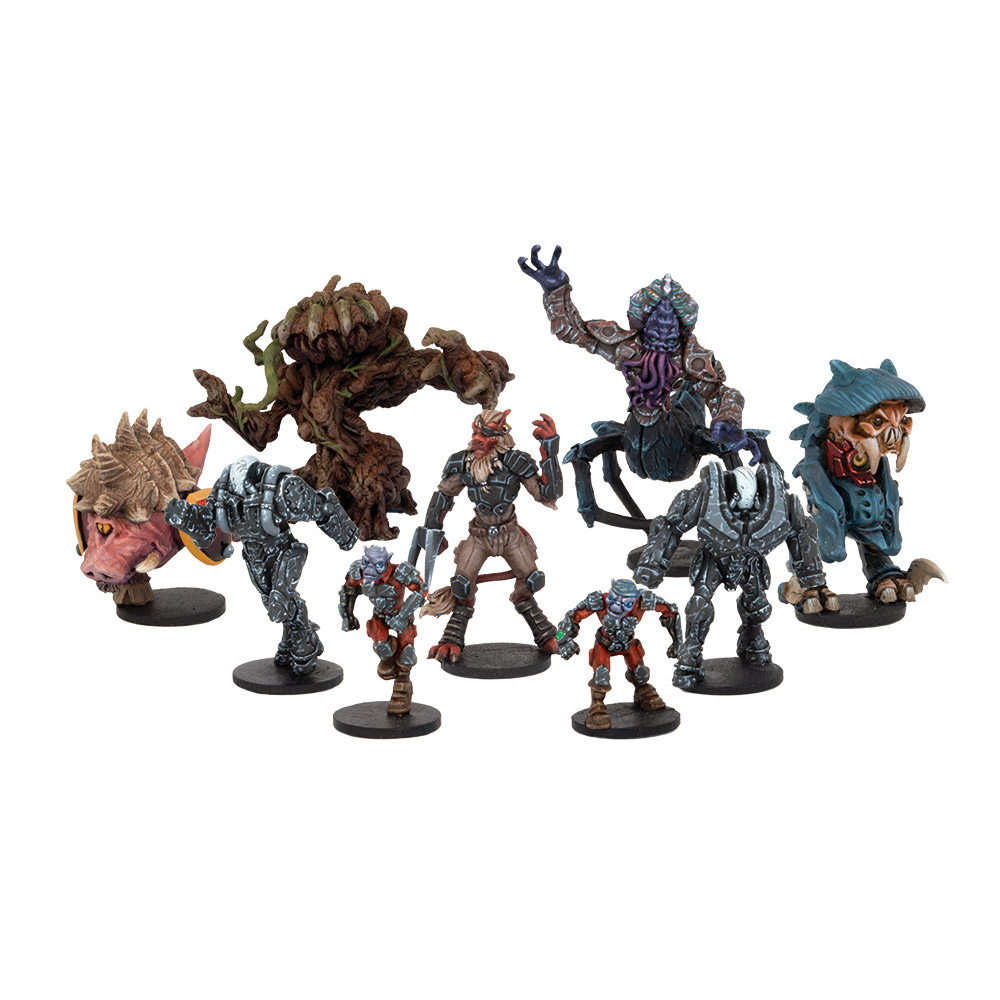 The universe provides some very unique and unusual individuals to the world of DreadBall Xtreme!

Not only do you get two new teams, but DreadBall Xtreme will be the first DreadBall boxed game to contain match-ready miniatures – meaning you can use them right out of the box without having to assembly them! This means you can get onto the pitch and spilling blood faster than ever before.

2)The Sponsors
Sponsors play a big part in DreadBall Xtreme. Not only are they the driving force behind your team but they also have their own actions in game such as intimidate, threaten and in league play, bet. Threaten is my personal favourite, blackmailing an opposing player into playing badly, so for the next rush they will lose one dice to all their rolls except armour. Add this to the fact that Blain and the Warden are two awesome individuals with great models and these really standout as a great part of DreadBall Xtreme! 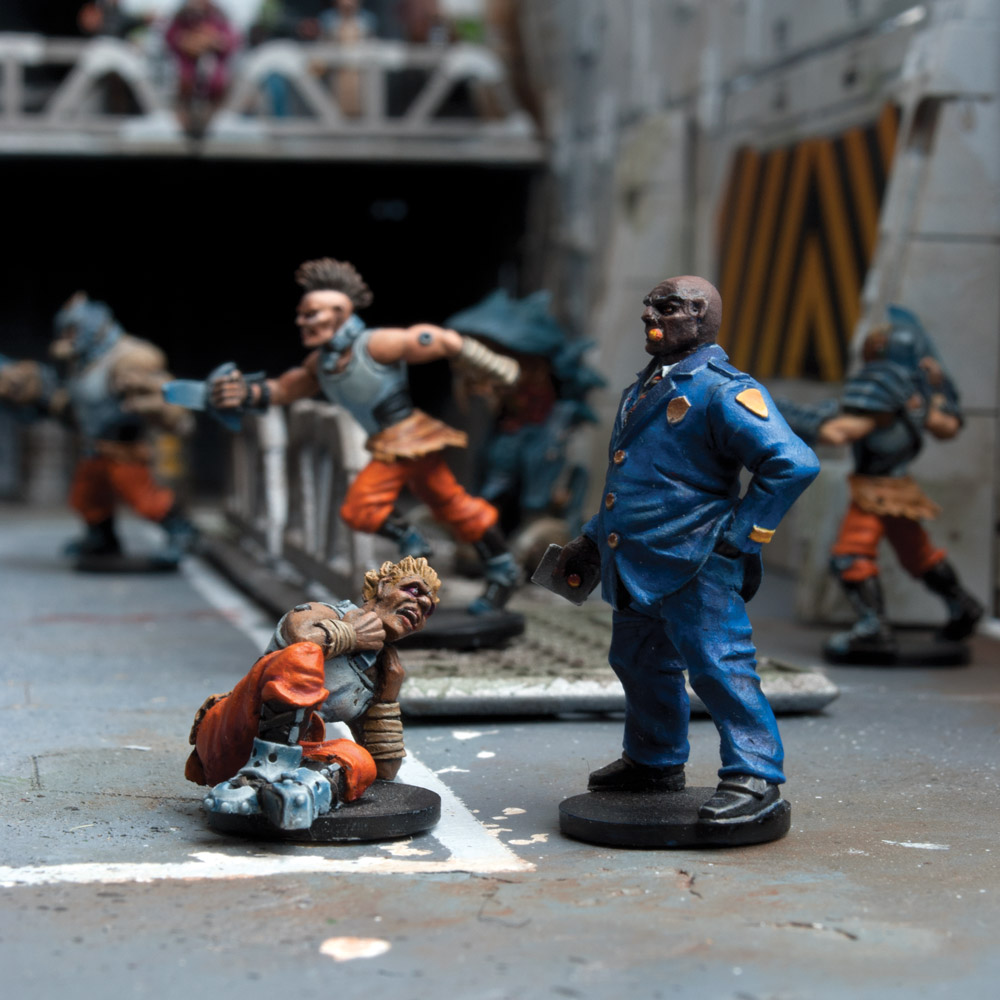 The Warden doesn’t care if you die, he only cares if you win! There are plenty more replacements scattered across the many correctional worlds of the universe!

1) Build your own team
DBX gives you the freedom to build your own team! There are examples of a recommended team for each sponsor, but every free agent in DBX has a points cost which varies between sponsors, allowing you to build to very different teams depending of who you chose! This open up a whole load of options for creating your own team, building a team that suits your playstyle and does exactly what you want it do!

DreadBall Xtreme allows you to build a team with the any combination of the 2 sponsors, free agents and players provided in the boxed game!

Plus then the Xtreme Xpansion drops later in the year you’ll be able to use all the players from the original DBO books.

Not only does the DreadBall Xtreme boxset include all of these things, there are also many other awesome things in the box. The random pitch layouts, betting system, new special rules and league play are all other great additions to the world of Xtreme! This is just my top 5!

So that is my top 5 reasons to be excited for DreadBall Xtreme, but do you agree? If no, what are your top 5 reasons? Let me know in the comments below!