Yurik “Painmaster” Yurikson has been locked in on the DreadBall Kickstarter! 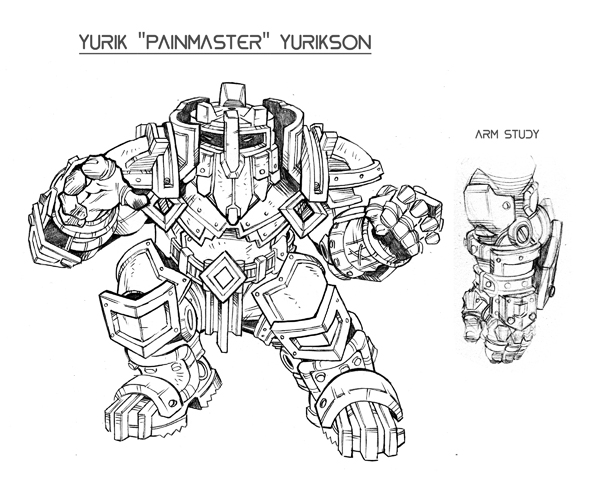 An incredible 4 weeks have passed and we’re into the home stretch – there are just 6 days left to go until the end of the DreadBall Kickstarter!

So far you’ve enabled us create 4 new teams, 14 MVPs as well as the Season Two expansion. This expansion book (which will be available as a printed copy) will be released next year with the miniatures to ensure thorough playtesting and balance. It’ll build on top of the DreadBall Rulebook, adding in the stats for the new teams and all of the new MVPs, as well as the rules for the in-game effects of both the Cheerleaders and Coach models.

With a week to go, we’re to mix it up with plenty of new stuff as well as the conclusion to Season 1 and 2 – and we’ve still got lots of BIG things to come!

So here we go – something new for you! 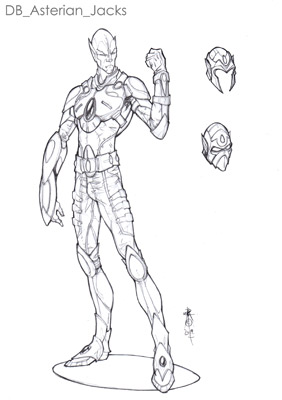 Jack Concept Art for Art Direction – let us know what you think!

Even before Man began its space age, there had been reports of mysterious beings and fey creatures appearing to a few individuals. Once dismissed as legend, dedicated research has finally proved the existence of the advanced alien race known as the Asterians.

Asterians are naturally inquisitive, and whilst the Corporation spin builds a mythology based on murder and abduction, there are those who leave the safety of their other-plane homes simply to sate their thirst for knowledge. It was these Asterian adventurers (or mercenaries as the Corporation documents them) that first discovered DreadBall for their race, and the allure of glory and physical challenge the game presented was simply too enticing to ignore.

If we hit this goal we will be able to fund the Asterian Team, an alien team with both male and female players.

We will include two figures into Striker! and make the team available as part of our Buy One Team Free Get One Team Free (remember you can mix and match teams – you can have two of the same or two different ones!) 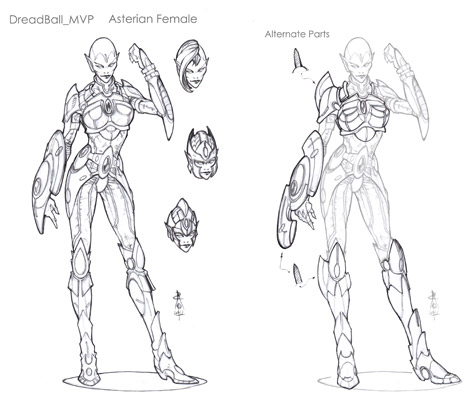 Mellisandra Concept Art – which options would you use?

Mellisandra was once the mercenary chief of the Diabolic Sevens, an Asterian rapid attack force. With her specialized military training and hand-to-hand combat expertize, turning to the pitches of the Galaxy’s Greatest Sport was an easy choice for this glory-hunter.

If we hit this goal we will be able to fund Mellisandra, an Asterian MVP. We will include her in Striker! and make her available as an individual add-on!

There you go guys – have at it! We’re going to be introducing an update to our main page soon to make constructing your pledge super easy so make sure you look out for that!

PS: Did we mention there is just 6 days to go and less than 100 Striker packages left? Best be quick!