I’ve been cleaning mold lines and assembling models for most of the time. The old metal models and hybrids turn out really nice with a bit of extra care with green stuff. As well as contemplating bases and color schemes. I finished my first test models and really needed to see it on at least two different models to know for sure if I was happy. I’m glad to report I think I have a winner.

Since I’m going for a fully petrified force I wanted to make each race a different type of rock. I love doing marble so my abyssal dwarves will all be marble. It is tough to get the idea across with one mini but as units I’m sure it will come across. I’ve got a few tricks planned for the basing as well that should sell the concept. Looking at the back of my dwarf tester I think the marble veining shines. The two consistent traits across the army will be the cool green inner glow and orangy red rusted weapons. With the two colors complimenting each other it will leave the rest of the model for me to push the stone look as far as I need while providing a coherent feel to the army. I’ve always seen obsidian as shiny black native American arrow heads in gifts shops as a kid, so my golems needed to be shiny. Of course just painting them black wasn’t going to do so I did a bit of work to provide some depth. Black is always tricky. 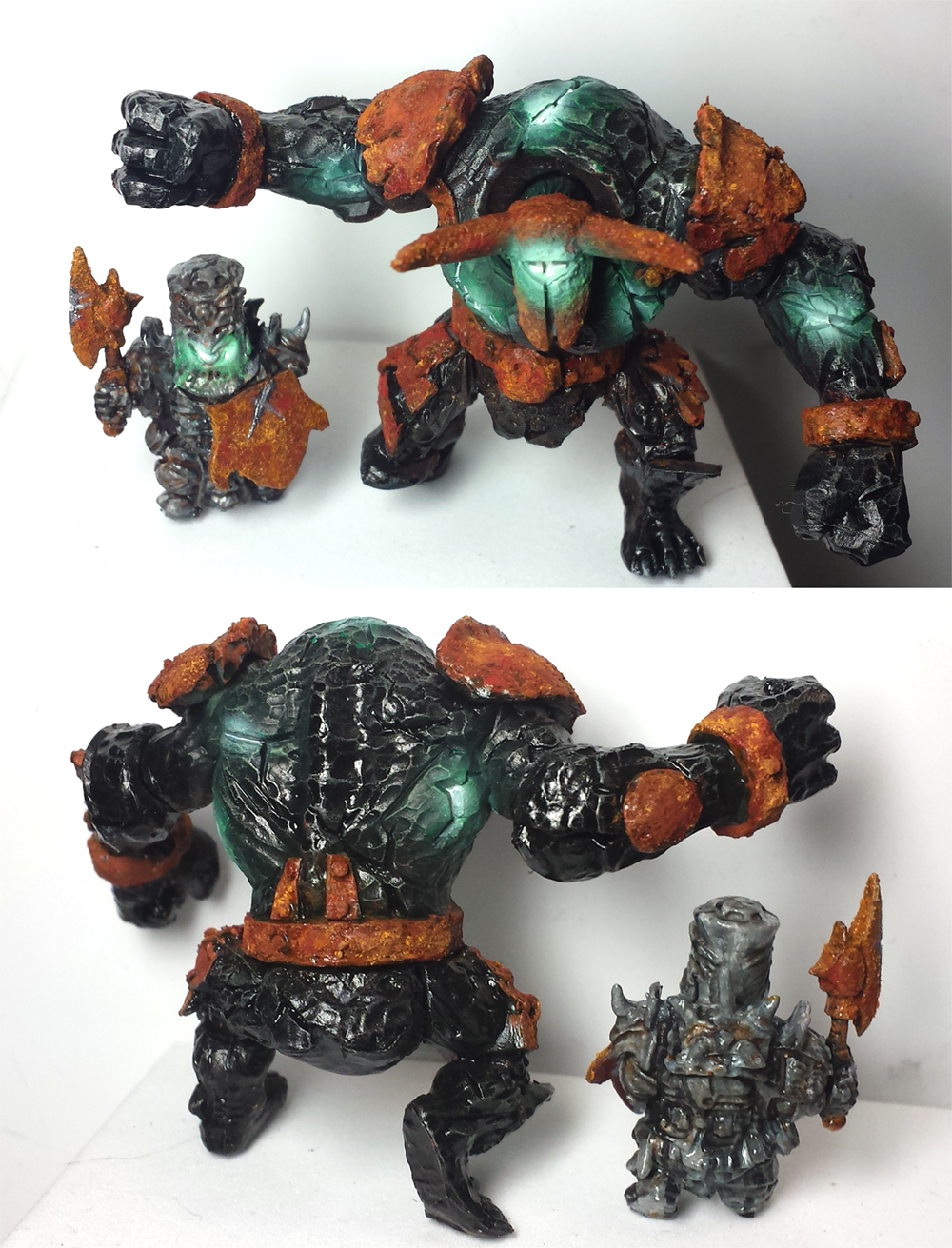 My basing is still a little vague for now, I’m torn between snow covered slate and brown dead wastelands. Fluff wise the snowy rock makes more sense but because of my unusual color scheme I don’t think the army will pop. It will be a tough call but there is plenty to do in the meantime.

I’m closing in on the model that will represent my medusa style female general for the time when we bump these armies up to 2k.

By next time everything should be assembled and I’ll be well into production mode painting. Hopefully I’ll have this basing issue solved . . .