We know you have all been waiting to see the Berserkers of the Abyss. 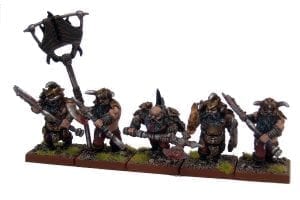 For most Dwarf Berserkers, it really does not matter what are the motivations of the army they are fighting for. All that they need to know is that there will be fresh enemies to cut down and bloody fights in which to unleash their maniacal killing lust. So the Berserkers are only too easily swayed by the Abyss, convinced to give up their soul in return for the promise of eternal slaughter and a never-ending supply of willing foes against which the bloodthirsty warriors can match their fighting prowess. 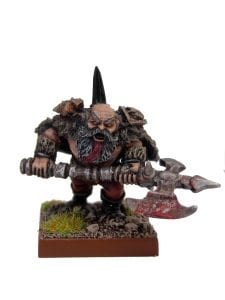 Golem has done a fantastic job on these, really bringing out the menace and brutality of the miniatures. 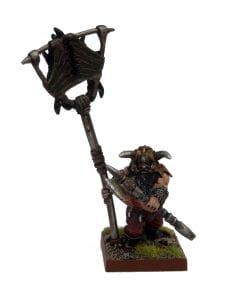 These Berserkers are not going to be released until May, however if you want to get your hands on them early they are part of Gorgoth’s Colossal Legion of Terror.