All right North America!  Just 12 more hours till event registration opens up for Adepticon!  In case you’re wondering, that’s 8pm Central Standard time or 2000 for military personnel.  If you missed the last post, here’s what we have in store this year for Adepticon!

We start the convention off with Deadzone, Dreadball and Kings of War demos all morning and into the afternoon.  Starting at 1pm the 3rd annual Clash of Kings tournament kicks off!  Don’t miss out, we’re on track to sell out and be the biggest Clash of Kings at Adepticon to date.

Bright and early, starting at 9am the 3rd annual Adepticorp Dreadball tournament begins!  This event sold out last year so don’t miss out!  Deadzone and Kings of War demos continue all day also.

Friday night will find us at Geek Nation Tours’ industry night.  Come visit with Ronnie and the North American crew and play a special Kings of War campaign, a Deadzone special scenario as well as learn to play some Mars Attacks!  See Geek Nation Tours for more information.

After spending the night with Ronnie, wake up early and get yourself ready for the first annual Deadzone tournament.  That kicks off at 9am. Dreadball and Kings of War demos will still continue all day if you would love to learn to play.  Saturday night brings us to the first annual Mantic Night at Adepticon.  Come join Ronnie, Pat, Joe and Dave for evening of food, drinks and games!  There will be plenty of games to be had as well as a Kings of War Mega Battle and another Deadzone special scenario. Jonny P and Chopper will be recording a live Mantic North America podcast.  Stop by and yell at JP and Chopper! 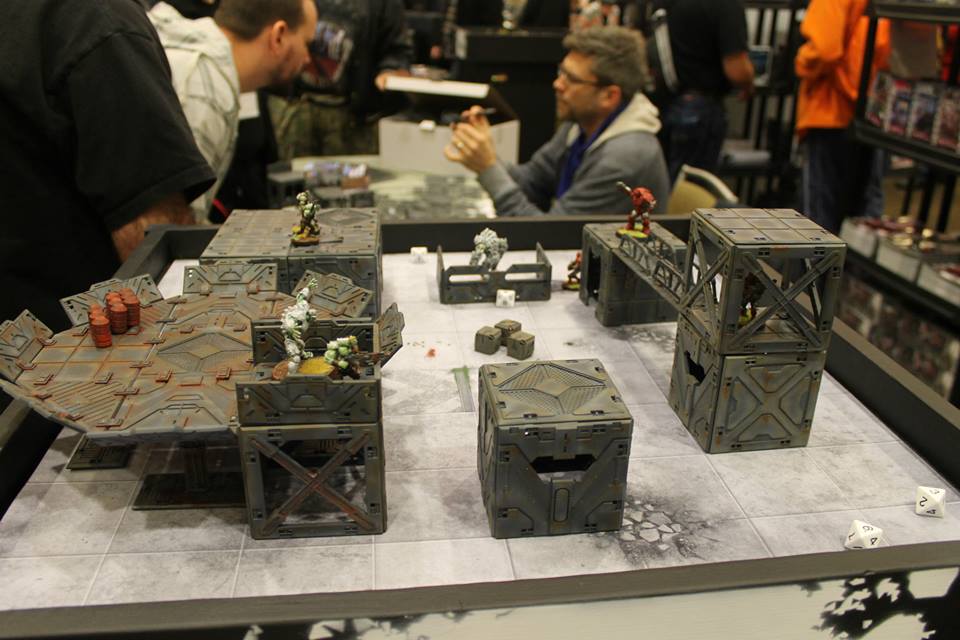 Sunday will be the wrap up day.  Demos for Kings of War, Deadzone and Dreadball will be going till the afternoon.  Stop by the booth and see if Joe will cut you a “Sunday I’m going home broke” deal.

So that’s basically what we have going on for the 2015 Adepticon.  Again, get in early and register, most of these events will sell out quickly.  Can’t wait to see everyone!  This is going to be our biggest Adepticon yet!