And they landed, and they fought and they won…for they were Forge Fathers.

Slight deviation from yesterday’s promise of the studio demo army for the Forge Fathers but ya know what? We’ve got a blog from Ronnie and some news of some more cool minis heading your way –

I have always had a problem with this idea that the Dwarfs would not make it into space, alongside the other races. The most technologically advanced, with excellent mechanical skills, the ability to access natural resources, resourcefulness and brilliant Engineers – yeh – there is no way they would make the leap in space!

The feel this elite army is all about the heavy armour and the firepower. They don’t move far, and they don’t move that fast – but when these boys hit you – you stay hit! 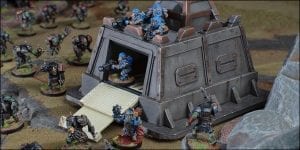 In the box sets we have the basic units, with the Steel Warriors Sprue, offering a basic 10 man set, and a 5 man unit of Stormrage Veterans. This gives a nice mix of a mobile tactical infantry unit, and some heavy support from 4 BFG’s.

The plastic kit is the Jotuun Heavy artillery piece – and the concept/sculptor/tooling team have done a beautiful job here. The whole kit goes together really nicely and the piece has a really dominant presence on the tabletop.  Considering this army didn’t exist in physical form just 4 months ago it is really starting to take shape.

Traditionally at Mantic we focus in on an army put effort and support, with plastic and metal, to get it to a full battlefield force.  Sometimes we have done it differently, such as the Abyssal Dwarfs, but generally this has been the model.

The other race we have revisited a number of times has been the Undead, because they are such a vibrant and evocative race we just keep coming back to them and adding more. The Forge Father are the same. The Iron Ancestor is already in concepting, and will be released in 2012. But we also have a couple of on-going metal projects for the Forge Fathers including a Steel Warrior upgrade set planned, with a new heavy weapon variant, separate metal legs (which we’ll show later) and new BFG options… 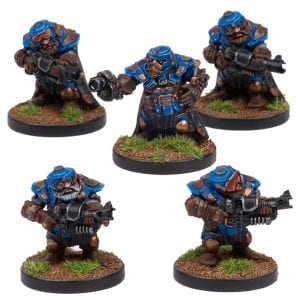 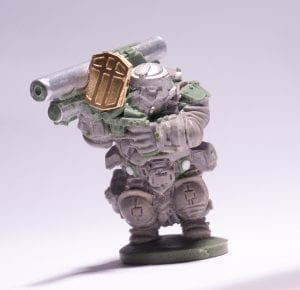 Oh, and we have the writers working very hard as we speak to finalise the background and a collection of stories completing out the history and characters for the Forge Fathers annuls – check it out here.

So, if you have been thinking of starting a Forge Father army for Warpath (or for use in any other games you play) then you might want to think about picking up a set and getting stuck in – because you are going to struggle to keep up with all the new releases!

Best wishes, thanks for reading – oh, and if you want to see more, make sure you’ve got yourself a Launch Party ticket!!