Are you feeling lucky?

One of the originals or a charming con artist? Whatever the facts are, Lucky’s not one for settling down and never plays for the same team for very long. 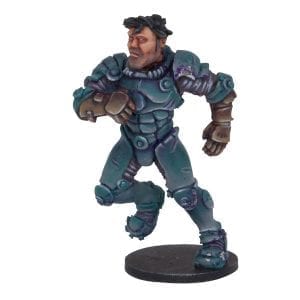 Logan looks like a normal Jack, but never wears a helmet. Although this is technically against regulations, his famous charm allows him to get away with it. With no armour to protect his good looks he has inevitably added a selection of dramatic scars to his features. He looks to be in his late 40s, though he hints at being much older. With modern surgery he could be any age, really. His comments and unusual armour suggest the implausible but tantalising myth that he has been playing DreadBall since it started. He won’t confirm that directly, but neither does he flatly deny it. 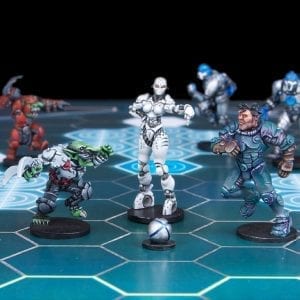 His armour is well worn and looks slightly homemade, but only slightly. It’s more re-purposed than scratch built and is reminiscent of the original cobbled suits which were based partly on military issue, partly on deep rescue gear with a bit of whatever was lying about thrown in. It looks fine from a distance, but up close if you compare him to a “real” Jack his kit is slightly less uniform and not every piece is in the same style. 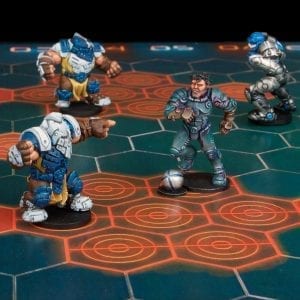 On the pitch Logan is full of surprises. He’ll try anything, and being lucky he’s got a good chance of succeeding. He’s a bit of a Jack the Lad, and his lopsided grin and scruffy hair appear on several adverts, mostly for whiskey. He’s fast, agile and his trademark is being lucky and getting just out of the way of the slam, being just over the line, just hitting the mark.