Today, we’re going to focus on Attack from Space!  This amazing booster contains some of my favourite figures – from the tick-riding Sydney to General Zar, Buck Spencer and Xiuhcoatl.
These guys look like they’ve jumped straight from the comic and out onto your table and are designed to extend your base box of Mars Attacks to give you new pieces to play with. 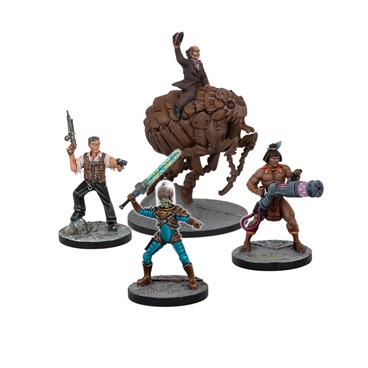 So, let’s have a closer look at the set.

Each piece is lovingly sculpted to represent the characters from the comic.Each piece is provided unpainted, but are assembled and most importantly, ready to go!  Break them out and start playing straight away!