Hegemon of Basilea and Protector of the Faith

Ballazar pinched the bridge of his nose, feeling the familiar throb of a migraine building behind his eyes. The politics of the city seldom ran smoothly, especially when it came to relations with the kingdoms of other races, but he usually at least had the luxury of dealing with them one at a time.

Davarius was droning on in his own dogged way about the whys and wherefores and was frankly starting to get on his nerves. The pain blooming in his skull wasn’t helping his patience. He cleared his throat with enough volume that the mage-lord stopped mid-sentence.

“Master Davarius – perhaps we could make this simple. What exactly do you believe is the best solution to the current predicament?”

Davarius looked lost – politics was well outside the realm of his kind. Strantos, his chief political adviser, stepped in with a smooth and practiced motion.

“If I might make so bold sire. It wouldn’t do to let the Dwarf and the Elf wander into Dolgarth alone. It would seem appropriate that a representative be sent from our kingdom, given the accusations as to the identity of this… intruder.”

“This much is obvious Strantos. However, who to send?”

“My Lord, if I may”, began Davarius, “someone of magical talent must be sent. If the Lord Ariandaras is correct, then powerful magics may be at work here.”

This made sense. There was only one issue, and Strantos voiced it with his usual tact.

“But the path may be dangerous. Lord Ariandaras himself was attacked. This party will be headed into danger. If a mage is to be sent, they will need…adequate protection, from their ‘allies’ as much as from the dangers they go to face with them.”

“But not a member of the Paladins or household guard”, Ballazar smoothly interjected, “the effect on morale would be catastrophic.”

“We will require the services of a third party. Someone from the Mercenary Quarter perhaps?”

Ballazar smiled at the suggestion.

“Yes. What was the name of that Barbarian fellow Strantos? The one that killed that party of marauding Orcs last month?”

“Good – fetch him at once. And please ensure that he is aware of the… discretion required in the matter.”

“Do you have a candidate in mind, Master Davarius?”

“Yes my lord. His name is Danor. One of our most promising students. If our suspicions as to the identity of the intruder prove correct, a practitioner of his youth and discipline will be needed.”

And, he added to himself, he might just be the best hope that we have… 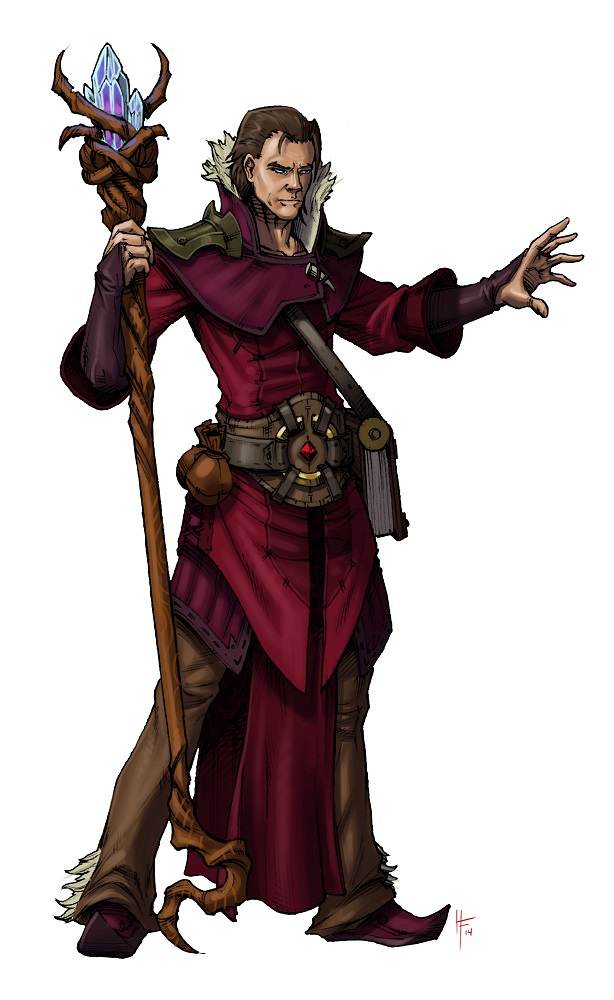 Turn the page – check back tomorrow to read the next installment. Help spread the word by using the hashtag: #DungeonSaga