Get your orders in before January 1st 2011 to beat the VAT rise!

With the VAT in the UK rising to 20% (it was just 15% when we launched the Elves), and raw material costs rising as well, regrettably we are to have a price rise. We have not put everything up however, and we have tried to keep the rise as low as possible.

BUT – we don’t start paying the increased tax until January 4th, so if you get your order in before then, neither will you!!
That gives you just a few days to order if you want to make the most of our current prices, and see some great savings. 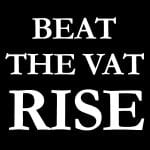 The army deals will all be restuctured after the VAT rise too meaning this will be the last chance to buy the bundles as they are – so jump in and get a full army at a staggering price.

So pop on over to the store and get in an army (or another few units) to keep you company on those long winter nights.