Unstoppable constructs of wood, foliage, mud and stone, these great trees march against the enemies of the Elven realms. Though slow to anger, when awoken they are mighty and determined defenders of their woodland homes. 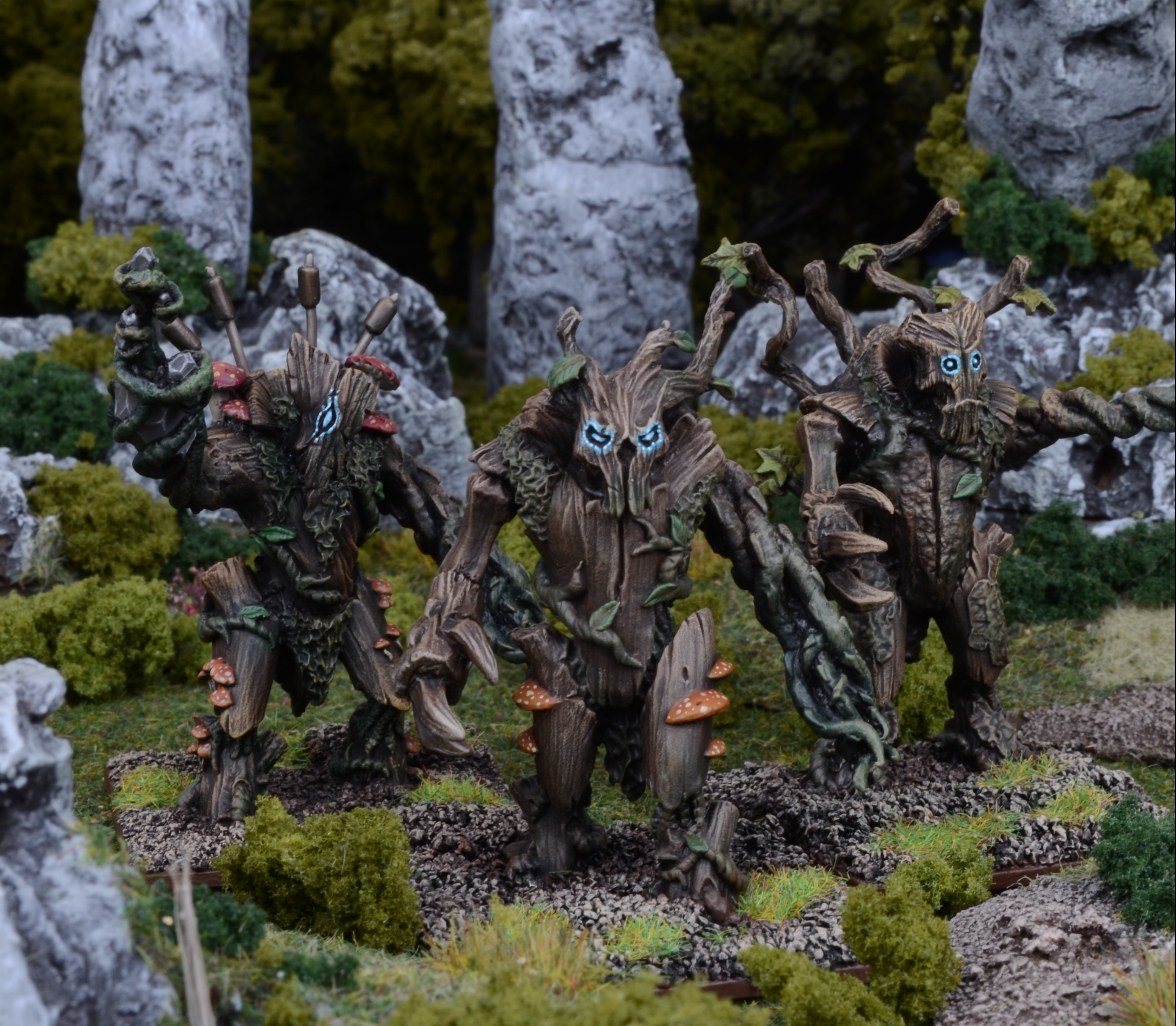 The Forest Shamblers emerge to protect their woodland home.

Today’s blog focusses on a new model for not one, but two armies – the Forest Shamblers. These large tree-men are Large Infantry units in both the Elven Armies and the Forces of Nature. Thanks to the generosity of our kickstarter backers, they’ll be available soon to bolster your forces. 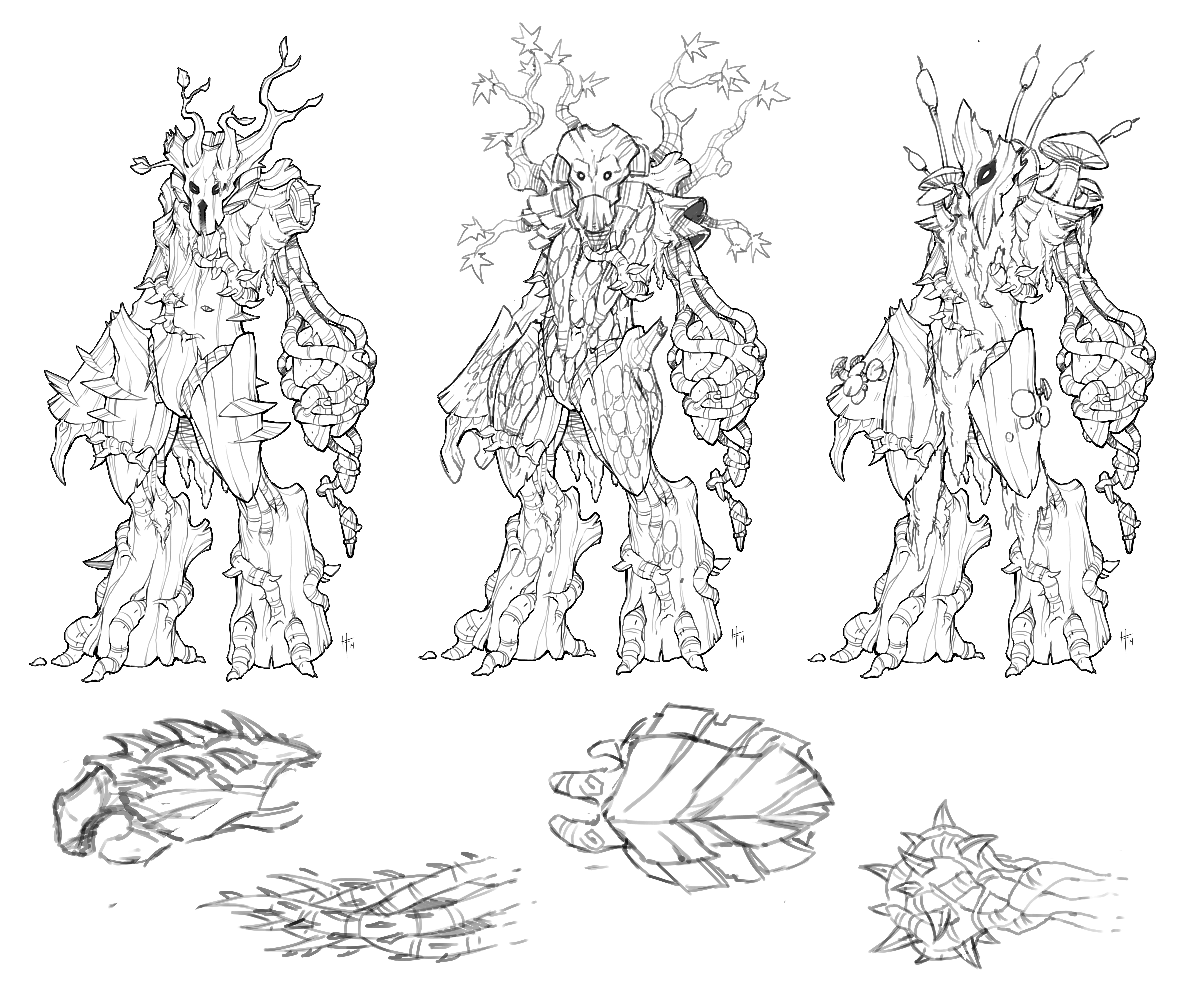 The kit consists of three multi-part metal models. Each one can have a unique head and torso, plus the kit comes with a range of vine covered or bark covered limbs to add to your model. Each model has a huge amount of detail, from moss and woodland mushrooms, to grass buds and branches. There’s a lot for a painter to sink their teeth into, but not so crazy as to lose the overall look and form. 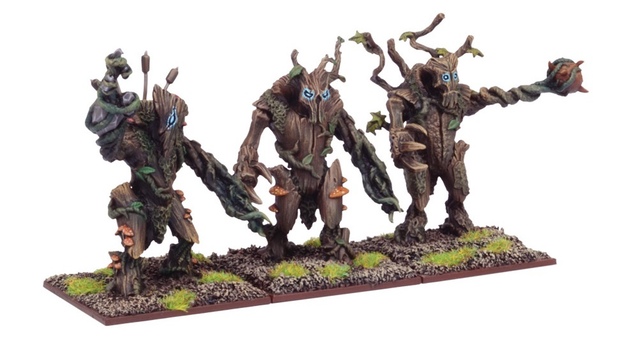 In game, the Shamblers are a tough, slow moving defensive unit. Though they lack the speed of their Elven allies, they make up for this by being far more survivable. A combination of the Pathfinder and Vanguard rules means that they’ll be able to keep up with the rest of the army, anyway. Their lack of wavering makes them a solid dependable rock (or is that tree?) for you to rely on.

When backed up by a druid with Surge, these giants enter a new level of tactics. Units that use surge can be very useful due to the way that surge can not only catch your opponent out, but ignore some of the normal movement rules. Being Large Infantry, a unit of three unlocks as much as a regiment of twenty infantry. Doubling up counts as a horde, too.

The Forest Shamblers are up for Pre-Order now and can be found in the Elf Mega Army!