Thudweiser League winners, the Stealers are an underhand and dubious bunch whose list of fouls is only exceeded by their speed and cunning – which is why the crowd love them! 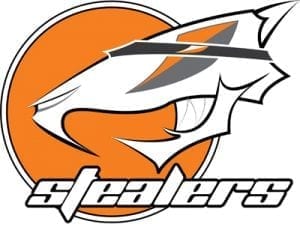 Welcome to Day 2 of the DreadBall Week!

Today is all about the Veer-myn – pesky space rats bred by the Corporation (allegedly) for DreadBall entertainment purposes. 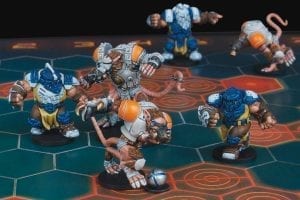 DreadBall teams get three types of players usually – Strikers who are the best at scoring but aren’t all that tough, Guards who can’t pick up the ball and solely exist to punch other players about a bit, and Jacks who can both score and get a bit rough, but can’t do either of them as well as the two player positions. When it comes to the Veer-myn though, they have a pretty unique team composition.

A starting Veer-myn team has only 2 Guards – the rest of the team is made up of Strikers! Yep, no Jacks. What this means is that the Veer-myn are likely to get a lot of shots on goal, but not score that often given their relatively low skill. 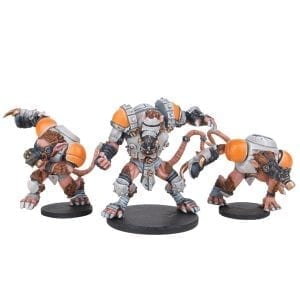 The Veer-myn Guard is the last player model to be revealed ahead of the MVPs which all will be shown off over the coming weeks, with the first making an appearance a little later this afternoon – stay tuned!

For more background on the Veer-myn check out the DreadBall website!

DreadBall – The Futuristic Sports Game is now available to pre-order and will begin shipping late November. Pre-order your Veer-myn team here or enter our competition to win upwards of £400 worth of DreadBall models.