Come and meet Ronnie at the War & Peace open day!

War & Peace is a Nottingham-based gaming club that was founded by Jonathan Peace, author of our first Kings of War Novel The Bloodstone of Cerillion. Jonathan’s stepped down from running things as he’s a busy man, but it’s in capable hands! Following a successful Kickstarter campaign last year to furnish the club with new boards and terrain, they’re having an Open Day this weekend so everyone can come along and see what it’s all about! Here’s Rob from War & Peace to tell us more…

On March 15th War & Peace Club in Nottingham is opening its doors for a day jam-packed with gaming goodness.

Come try your hand at Dreadball, Dropzone Commander, Deadzone, X-wing, Kings of War, Dystopian Wars, Infinity and more! If you’ve never played before, you can learn from club members or if you’re an expert there’ll be tables and terrain all set up… you just need to bring the minis. 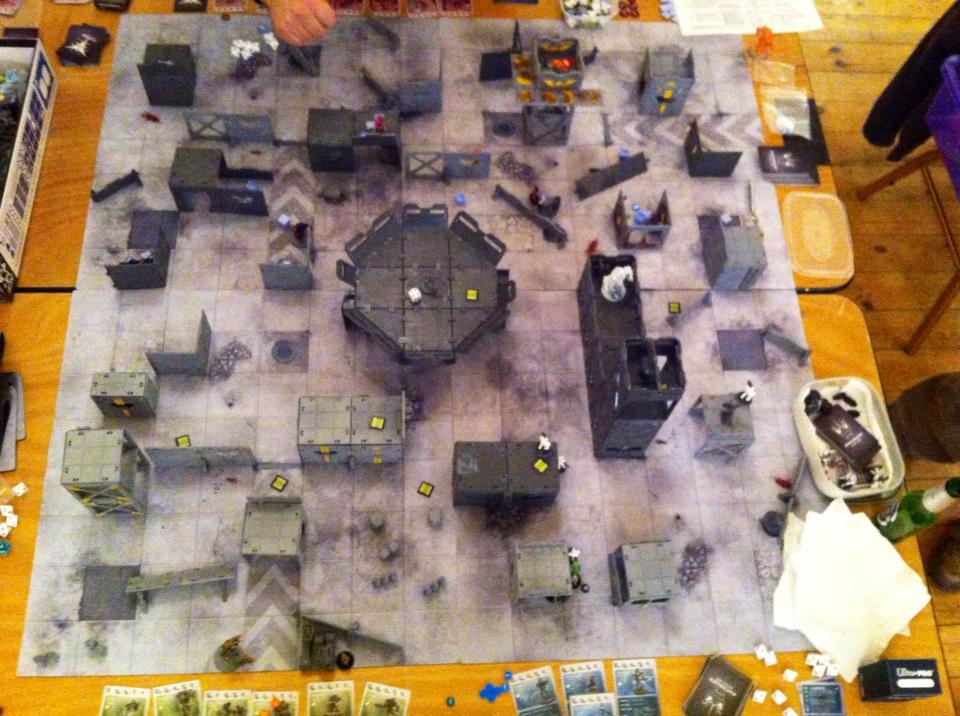 As you can see, they’re not lacking Deadzone kit!

Plus, we’ve got an appearance from a very special guest: Mantic Games’ Ronnie Renton. He’ll be on-hand to answer some questions about Dreadball Xtreme and is even planning on bringing some Xtreme minis along for you to drool over. It’s an opportunity not to be missed.

But, perhaps most importantly, the bar will be open all day – so you can drown your sorrows when the Dice Gods are bullying you.

The War & Peace Club: Game Day starts at 11am on March 15th and lasts until we’ve all had enough of chucking dice around.

Tickets are £7 and include a raffle ticket for our exciting prize draw, including Dropzone Commander prizes kindly donated by Hawk Wargames… and hopefully more great prizes to be confirmed. For more details, contact