Conquer your foes for charity!

Update from the frontlines! Thanks for Pathfinder Neil for this info: 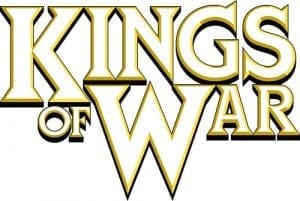 The Mantic Pathfinders are running a series of Kings of War tournaments across the UK to raise money for charity. Entry is easy – your army doesn’t need to be painted and doesn’t even need to be Mantic models, which means almost anyone can play!

Each event lasts a day and you’ll play 4 timed games of 1600 points (allies are permitted). The ticket price includes lunch and, as well as a winner’s trophy, Mantic have provided some great prize support:

There are two regional Pathfinder Tournaments left (the first one, at Firestorm Games in Cardiff, was won by Chris Morris – well done, Chris!) followed by a national final later in the year. The remaining events are at:

For more information, you can check the Mantic Forum, or download a tournament pack.

There we have it! The Kings of War rules are ideally suited to tournament play, and they’re easy enough to master that even if you haven’t played many games yet, you could still learn them in time for either of these events! Whether you’re a serious Kings of War tournament fiend, a casual gamer who wants to raise some money for a good cause or someone with an existing fantasy army who wants to try a new set of rules, why not get involved?