Yesterday afternoon we posted up some new videos for Mars Attacks – the Extended Gameplay Video and a cheeky look at the Deluxe Gaming Mat for Deadzone and Mars Attacks.

Check them out here. 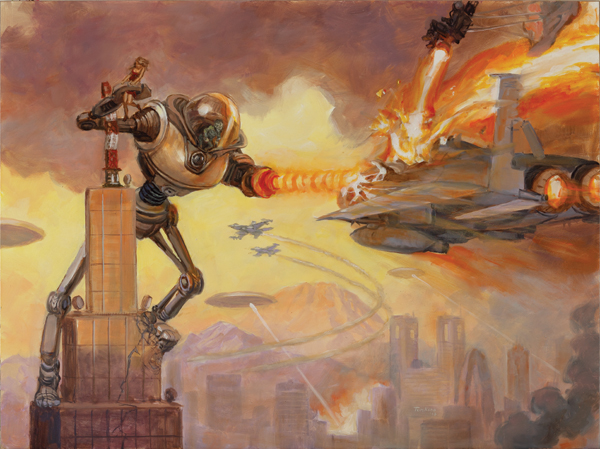 Today we want to talk to you a little about the credit system on Mars Attacks, Blaine and just how great value the Mars Attacks kickstarter is shaping up to be! Because it wouldn’t be a Mantic Kickstarter if it wasn’t great value.

Each of our main pledge levels contains an amount of credit you can use to spend on Core Add-ons without raising your pledge to get them – well, until it runs out of course!

One thing we all wanted to introduce is more freebies. Stuff that we just throw in without you having to spend an extra dime.

The last Martian died messily. It twisted in the warrior’s grip as it tried to turn towards him, viscera spewing across the alleyway in a gruesome arc. He withdrew his wrist-mounted blade and dropped the corpse; it collapsed next to two of its kin. These aliens didn’t go down easily, but they died all the same. After taking a moment to survey his handiwork he melted into the shadows of a busted-open doorway and reached into one of the inner pouches of his heavyweight coat, pressing the switch that activated his communicator. 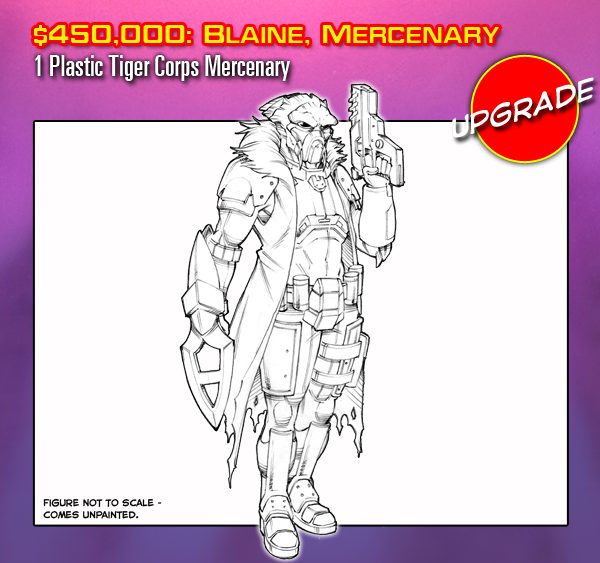 Blaine is a badass Kickstarter Exclusive figure whose origins are clouded in mystery.

He’s a special character for us, having concluded our DreadBall Kickstarter, and featured in our Deadzone campaign as a mercenary. Well, now he’s been spotted in Greenville, spearheading the Tiger Corps strike…

If we hit this mini-stretch goal on the way to our Giant Robot, we will produce Blaine – a brand new Kickstarter Exclusive miniature based on the concept art above.

We’ve put together a brand new core expansion set called Martian Mayhem, and if you include it as part of a pledge of The Will of Man ($100 and Early bird) and up, we’ll include Blaine in your pledge at no extra cost!

Not only that but any stretch goals that upgrade any of these kits – like the Patriot’s Prime M7 upgrade – will upgrade your pledge level as well, giving you even better bang for your buck, without spending a penny more!

Check out the Kickstarter here!