Oh yes, after the Frenzy Frenzy took us all the way up to the half-a-million mark and we’ve got a new crop of teams to unlock!

To celebrate, we’re unlocking two of them in one goal!

Malicious tricksters hailing from an alternate dimension, Koris have maintained a vendetta against the Asterians ever since the two met, and take every opportunity to blame their erratic malevolence on the elder race. They make use of otherworldly technology to open unstable wormholes in reality, an art they refer to as “portal spinning”. This lets them blink between dimensions and cross great distances in the blink of an eye, or seemingly vanish into thin air. More worryingly, they are not above using it to snatch unwary travellers from their ships and leave them stranded in the pandemoniac dimension they call home, for no reason other than to appease their cruel sense of humour. 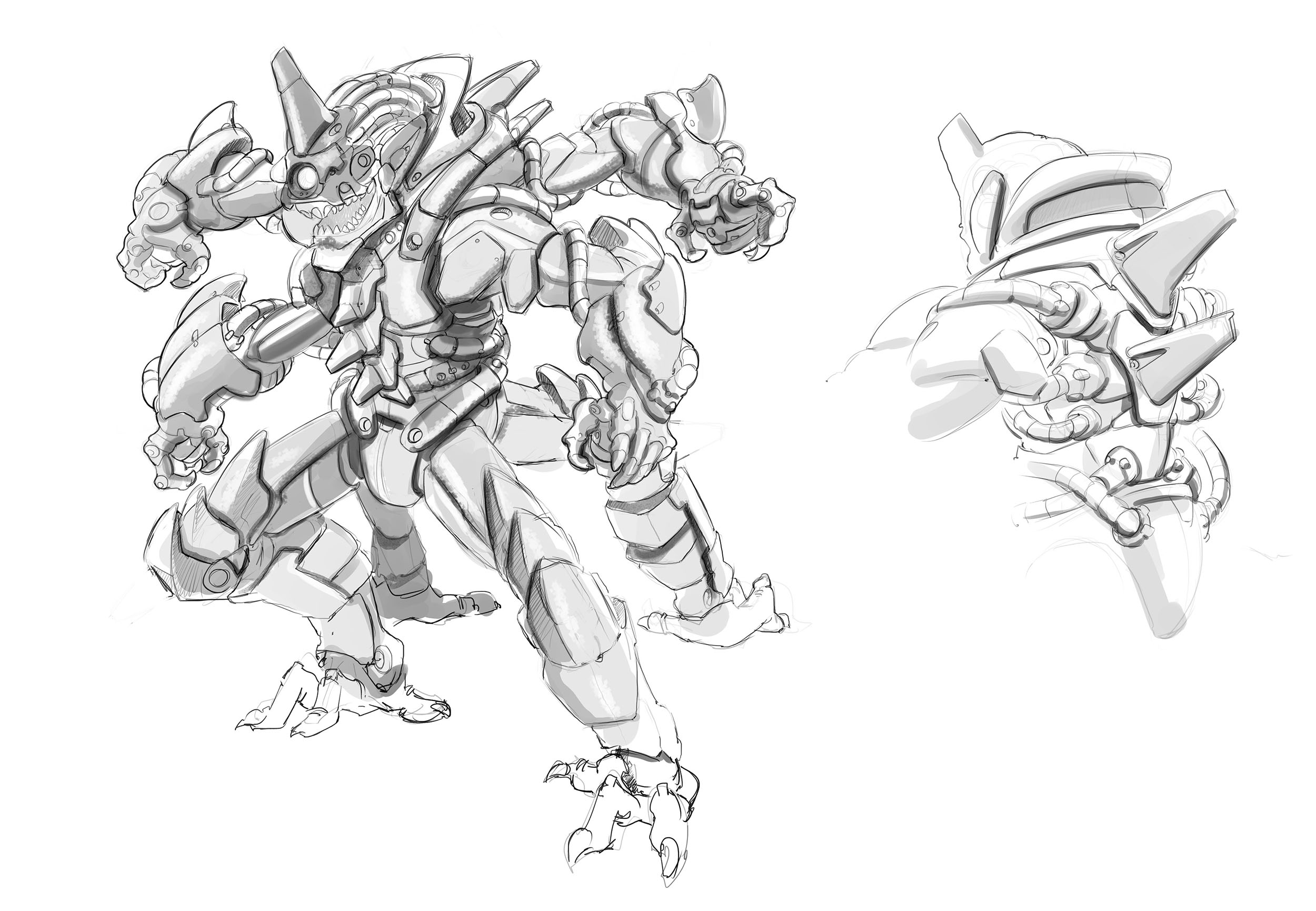 In-game, Koris will be able to open wormholes on the pitch, disappearing other players and opening up wormholes to travel through.

In an inspired attempt to improve their public image, a group of Hobgoblins (and a few Hulks who had been convinced to join in) formed the Hobgoblin Sports Alliance, scraping together every credit they could to pay for uniforms, advertising and branding advice. Months into the campaign, with several teams having trained up under the best DreadBall coaches that not a lot of money could buy, terrible news struck: the DGB weren’t interested in them. (The fact that this hadn’t been checked before going to such incredible lengths is symptomatic of why Hobgoblins don’t usually get involved with anything that requires any form of organisation.) Utterly dejected, the HSA broke up and went their separate ways, some wearing their custom-made DreadBall armour into battle as mercenaries, others finding new uses for it altogether. A fair few made their way onto the underground circuit, where at least – they argue – they can demonstrate just how much work they put into the endeavour. 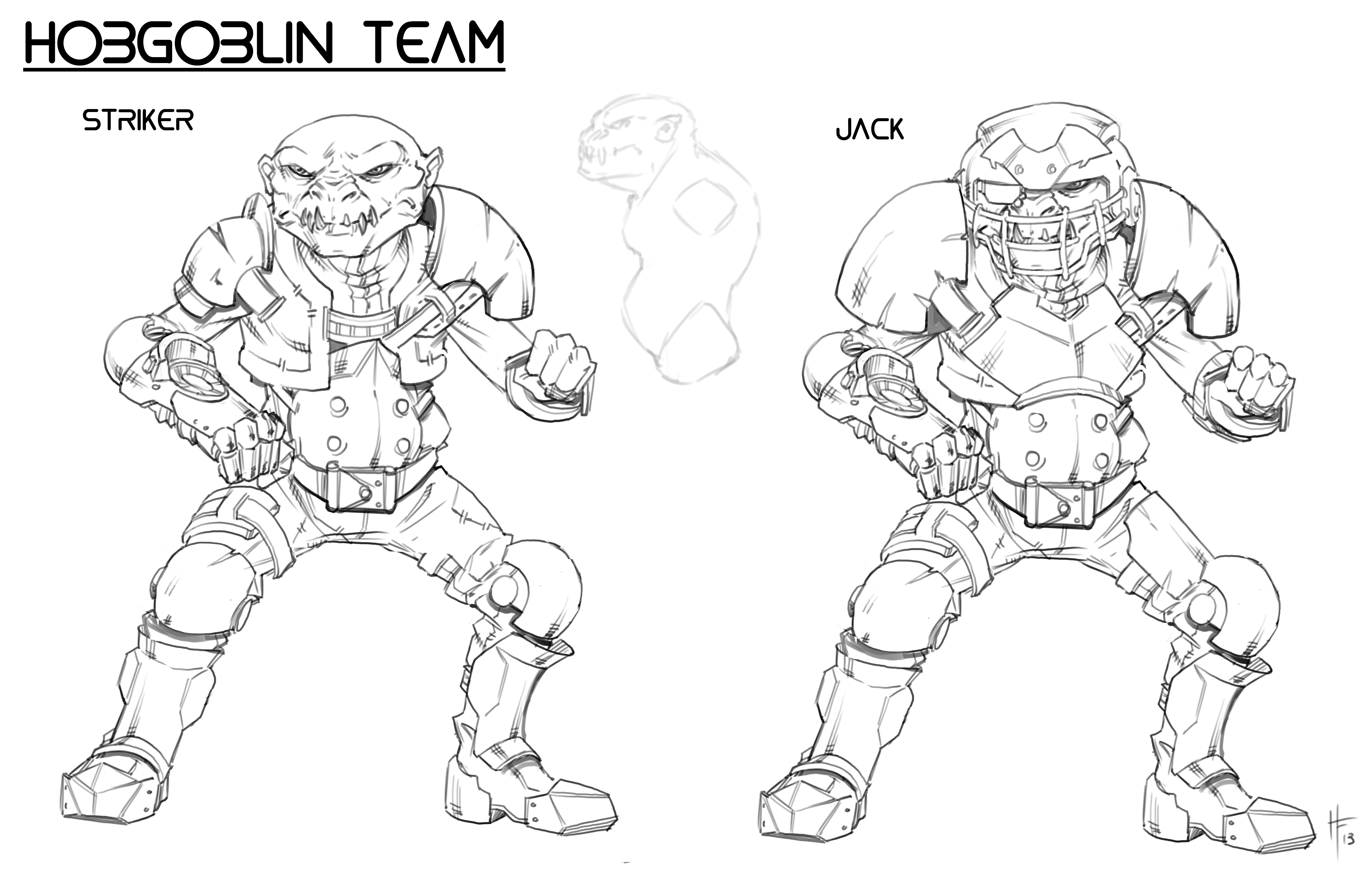 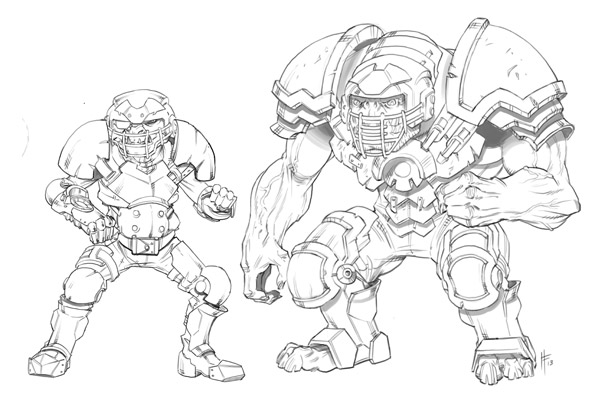 That’s right, you might have 16 players in your team. We’ve got a hulk.

If we break this goal, we’ll produce both the Koris team and the Hobgoblin team.

That’s right, you might have 16 players in your team. We’ve got a hulk.

Both teams are going straight into Frenzy maxed (16 Koris and 12 Hobgoblins + 2 enormous Hulks!!) – and, as a bonus for going through the $500,000 goal, Rampage backers can pick a Season 6 team of their choice free of charge.

Pop on over to the Kickstarter and get yours now.