A few weeks back we had an open day and as usual I said far too much!!! I tried to keep a lid on what we have planned – but I am just too excited! 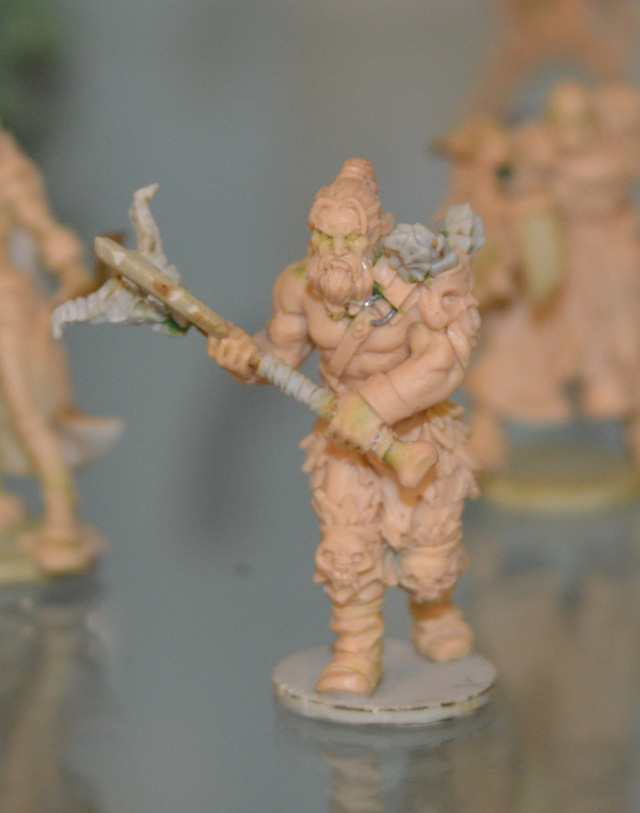 Back in December/January I laid out what I hope the year would look like: a Kickstarter to keep DreadBall developing early in the year (done), one around the middle of the year (more on that now) and some serious support for Warpath later in the year, which we’ll come back to closer to the time.

At the Open Day we talked about these upcoming projects (and plans, even further afield) but one of them really started to generate lots of debate and questions.  Because of that, I thought it was time to go on and talk in depth about this. In the year review blog I did say that we were working on at least one Kickstarter, which would be much softer on everyone’s wallets.

When we do a full gaming system, with loads of scenery and 6 factions or 12 new DreadBall teams, the totals can mount up quickly (as does our workload getting it all made!) so we wanted to do a fun, exciting Kickstarter that produced a really neat and tidy product, was kind to everyone’s budget (perhaps just a single pledge level at a low buy-in, with enough room to get all the basic and most of the extras – plus a few exclusives) I also thought a KS campaign like that would be a great way for new people to come on board and give Mantic a try.

With that in mind, I am really excited to formally announce that we are working on developing Dwarf King’s Quest – The Return of the Necromancer.  This will be the complete and definitive version of the game in the Dwarf King’s Hold range.

Why another dungeon crawler you ask?

Well lots of reasons, but probably two main ones.

The first Dwarf King’s Hold games were made back in the early days of Mantic (and it was our first collaboration with Jake Thornton!).  They came about as a creative way of using all the great plastic we had already tooled and pushing into areas we wanted to go.
‘Dwarf King’s Hold – Dead Rising’ told the story of a group of Dwarves going back into their ancestral Holds on a series of adventures. Each scenario saw them fighting ever more skeletons as they sought to accomplish missions and recover artifacts. It was hugely successful, and two more supplements followed, again designed around the plastic sprues that we had in the range. This was probably the game that gave us the confidence to press forward with DreadBall – so it was a major step in Mantic’s development.

We always intended to do the typical adventurers’ party version, and Jake has always been very keen on putting his mark on this type of game. However, at the time we just didn’t have the resources, or in some cases the knowhow (such as one-piece miniatures with great detail) to deliver the vision that we had for this type of game. However, with the passing of time all that has changed… 🙂

Secondly, there are certainly a few great dungeon games out there, but they are all quite different from what we want to make. There are a couple from the light-hearted end of the spectrum – such as Super Dungeon Explore – and others that are intense and deep, such as Descent. But none of those are really in exactly the space we want to occupy.

We want to do a grave and dangerous dungeon miniatures game, set in our fantasy setting, with all the opportunity that gives us to develop the back story and flesh out the world. It will have very strong narrative, based around the main protagonists. This will really bring to life a whole new story arc in the world and highlight some of the big characters for further development. It will also give us a few great sculpts and some heroes for Kings of War armies too.

Alongside an overarching back story, we intend to create a game that is very easy to get started with – so it is very easy to have a great night of gaming with family and friends while playing a strongly narrative dungeon crawler. But – and this was one of the critical things for us – as you develop your knowledge of the world, your character evolves too.

The boxed set will give you both the ability to play through a series of adventures we have designed for you in a PvP mode (as a 2 up to 5 player set), so you can literally crack open the box and get playing. You’ll have all you need here – the heroes, the cards, reference sheets and a scenario guide.

The title is ‘Dwarf Kings Quest – Return of the Necromancer’ (#DKQ on Twitter and Facebook!) and it charts the return of Mortibris as he comes back, bigger and badder than ever. The adventurers – a dwarf fighter, barbarian, wizard and elf – have quests to complete against ever stronger enemies – which will all come in the box pre-assembled and coloured so you can take them out and start playing immediately, while still being of the quality that they will look even better with some paint on them. The skeletons and zombies will be in our normal 30mm scale – so you can use them as leaders in your normal Kings of War games – and indeed you can use the other models to bulk out your dungeons!
Alongside the regular troops will be a series of boss enemy models – such as Mortibris himself – so you really get a sense of the adventure escalating as each scenario progresses.

However, once you have played these through you can delve deeper and darker – which is why we intend you to actually have a piece of card under the main game box, so that it is split in two.  Underneath the almost casual narrative campaign, we’ve added something extra. 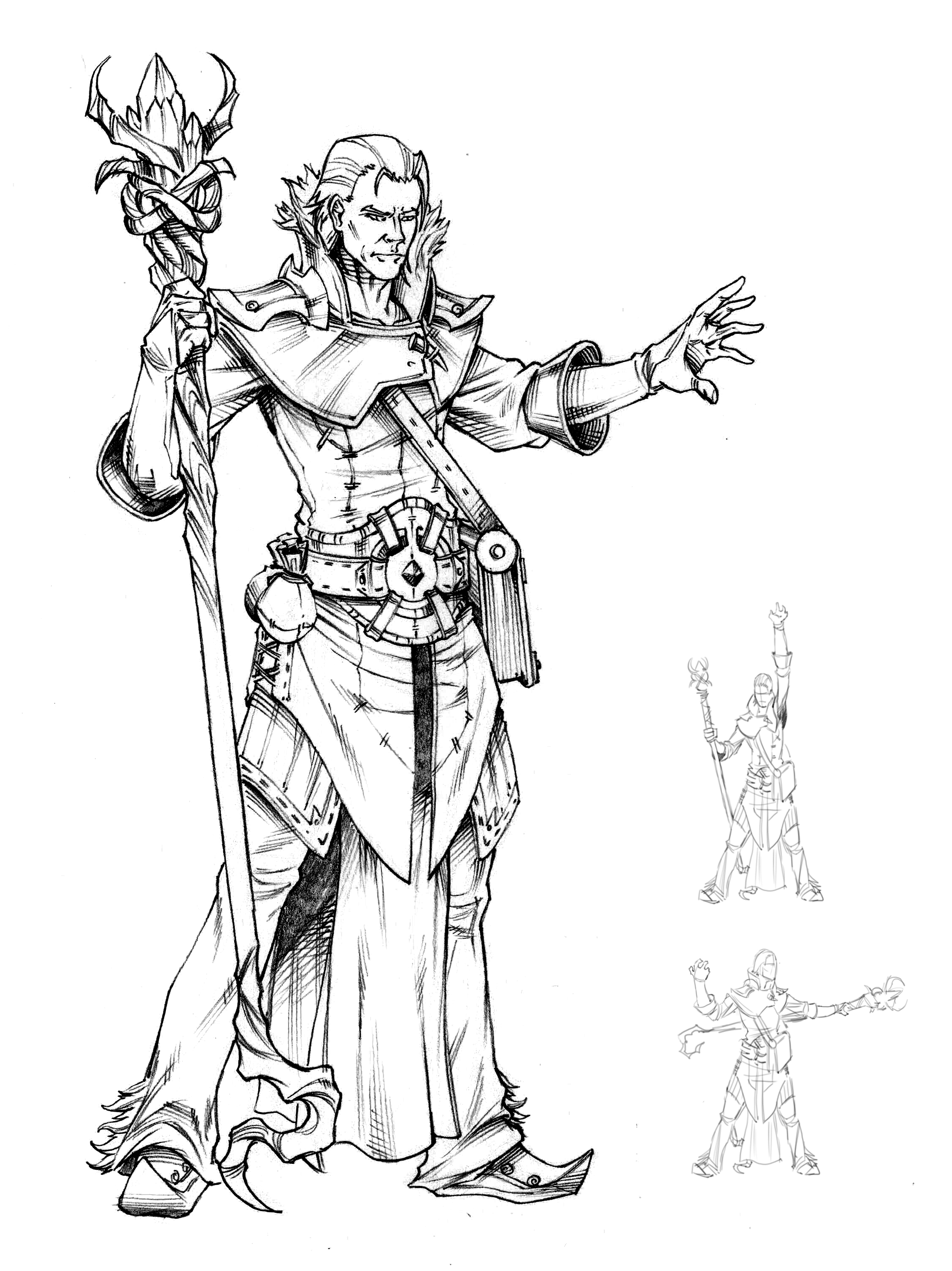 The card is a trap door that says ‘Abandon hope all ye who enter here’ – and beneath it is another tray of game components. These open the game up, to really give you access to the whole sandbox, allowing you to go on and create your own quests, using the tiles, models and rules provided. This also offers character development, creating a setting where your hero can build up their skills and equipment over time as they acquire treasure and experience, making each character, and playthrough truly individual. We’ll include a character pack, more hero models – and a big book with all the extra rules enclosed.
I think the book will end up being called something sensible that describes what it does – but I have a working title – ‘Jake’s Book of Depravity’ as he will really get to go to town on build a truly multi-layer miniatures based RPG.

We will be using thicker card than in the first series of games too, just to give the dungeon a more solid and resilient feel, and of course, we will have everything else you need in the box such as adventure and treasure cards, character sheets, gold, furniture and much more.

So, as you can hopefully  see we are pretty excited about what this possibilities of this game. I think we will be able to keep the pledge level really wallet friendly, because we will not have lots of armies, factions and teams, and can instead concentrate on squeezing as much in to the box as we can, when we hit stretch goals. The easy entry point and simple pledge levels should also mean we can introduce as many new people to the game as possible.

I thought you would appreciate the early warning and a few sneak peeks. We will have a teaser campaign starting the 4th July – which will be a quest to find runes – easily translated by our Dwarf Bartender (because ALL good quests start in a Tavern!). These will lead you to the ‘the Book of the Rise and Fall of Diffeth’ – and your quest will begin 🙂

Thanks for reading and best wishes,