DreadBall Ultimate is a fun new mode of playing the Galaxy’s Greatest Sport. The rules, found in the DreadBall Season 3 Rulebook, allow you to play manic multi-team games between 2-6 players! 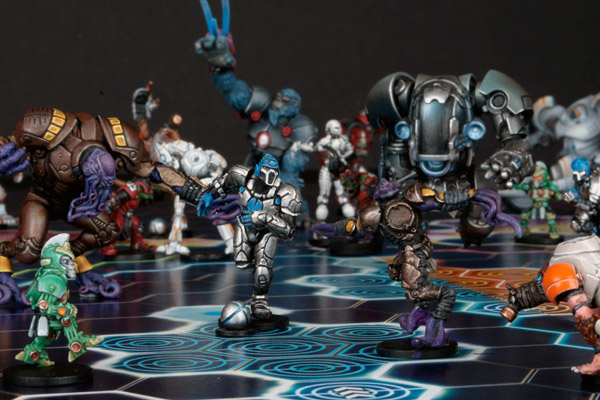 The first thing of note about the new way of playing is the Ultimate Arena. It contains 3 arms and the traditional starting zones of the DreadBall pitch are split down the middle, giving each player a smaller space to set-up in.

To speed things along, teams are made up of 5 – not 6 – players and each coach only gets 3 actions to play with. Not only that but the player turn sequence is randomised and there are 2 Balls in play (usually, anyway – sometimes even more!!) Put all of this together and you’re in for one crazy game! 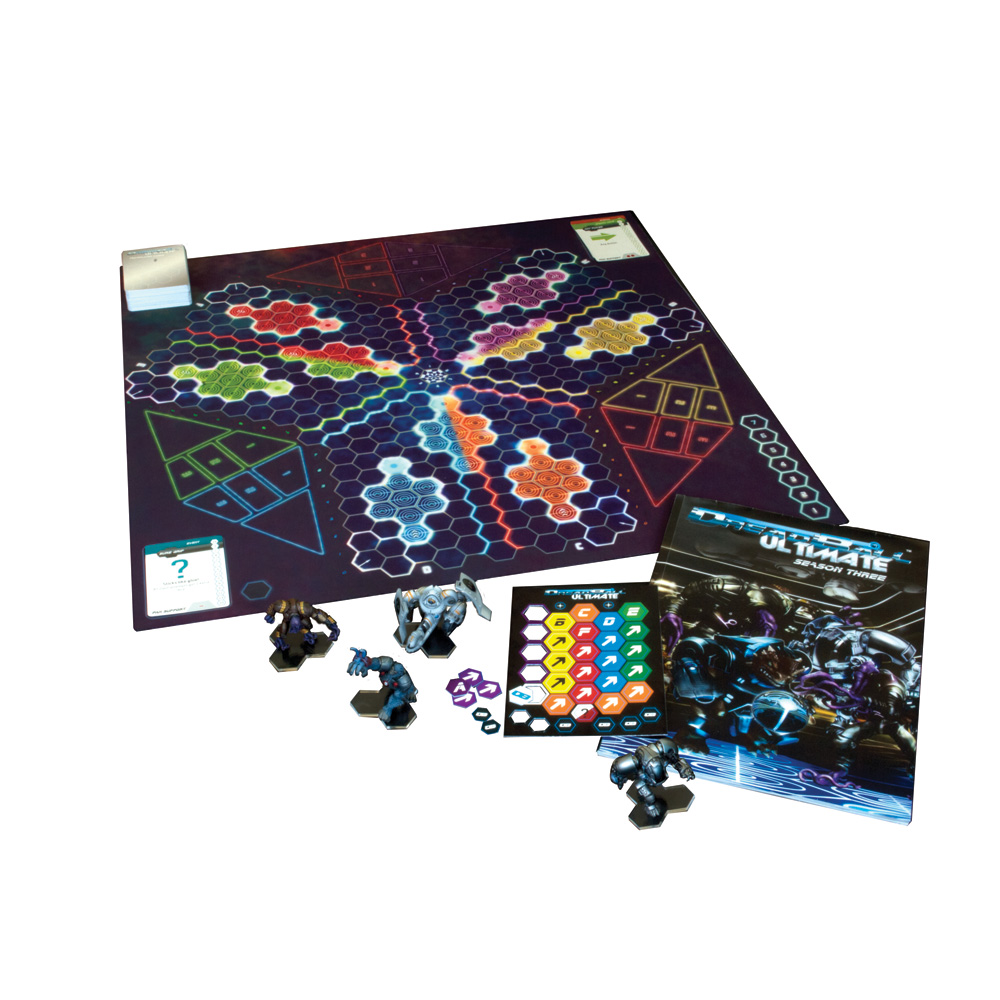 Playing DreadBall Ultimate is made extra easy with the new Ultimate boxset, which contains the DreadBall Ultimate Arena, printed on durable, non-slip rubber material. It’s easy to store, doesn’t crease and is pretty resistant to beverages (as we found out much to our detriment >.<) The box also contains Ultimate Counters, including 3 action counters per player, 2 ball counters, turn counter, and Team ID counters, and the Ultimate Card Deck, which includes dedicated cards for the GIANTS.

Speaking of GIANTS, you get four in the box, namely Barricade, Alpha Simian, the Big Mech and Nameless Spawn. Each of these models retail at £9.99 meaning at £39.99, you’re effectively getting the Ultimate Arena, Card Deck and Counter Sheet for free. Oh, and the Season 3 Rulebook as well!

DreadBall Ultimate is a fun and frantic beer-and-pretzels game for celebrating the end of a league or just playing with all of your mates at the same time. This monster box is now available for pre-order and will begin shipping on the 27th September!