Along the corridor you can see a set of double doors, and from behind them you can hear the sound of chains rattling, and evil laughter…

We have just launched our new Kickstarter ‘Dungeon Sagas – The Dwarf Kings Quest’!

Over the past few days we have told you a lot about what’s in the game. I just want to take some time to let you know both why we need the Kickstarter, and hopefully where it will go.

Over the last couple of years we have had fantastic support on Kickstarter allowing us to launch and build complete ranges for Dreadball (twice!), Deadzone, Kings of War, Loka and Mars Attacks. None of those fantastic ranges would have been possible without those campaigns. Your support is invaluable to us.

It is again here. To create the game, we want to make we will need help to get enough funds for the tooling, the extra rule sets, the art to name just a few pieces. However, we are aware that while buying toy soldiers is fun, people do need to eat 😉

To keep pledge levels easy to understand (another request that we heard from backers) and as gentle on the wallet as possible we have just one pledge level – $100. We want this KS to get as many backers as possible, and hope that at the total rises you will get a huge pile of goodies for your $100. We will need to get as far as expansions before there we outgrow the base pledge (although there will be a few tempting extras to add on along the way!).

The aim for this game is to create a truly classic dungeon crawler which plays well for both a family of starter group and seasoned pros. It will feature fantastic models – naturally of an Elf, a Dwarf, a Wizard and a Barbarian – all battling against an evil Necromancer and his undead minions. The early pledge levels will add more undead soldiers, more heroes and we hope it will get to some really nice scenery. 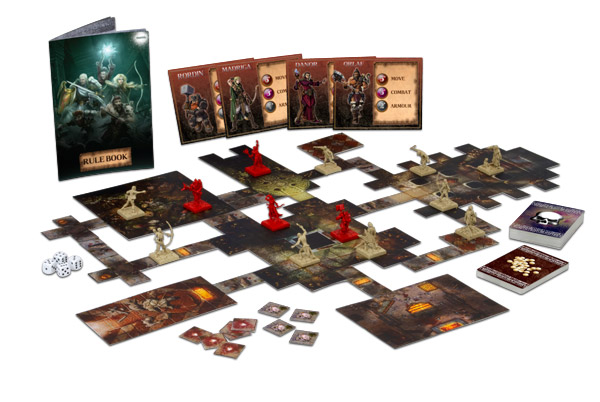 We have written a strong narrative for the game that sees the hardy adventurers take on harder and more challenging levels against an ever more powerful enemy. One player will always take the side of the Necromancer – unless we manage to fund solo play 😉 – and the adventurers can be played by either 1 player or shared among up to 4. The heroes will pick up equipment and magic items, and skill up as they progress. Mortibris will be able to call on larger undead hordes. This is aimed directly at a Tuesday night club session, a family gaming session and it is balanced enough that it will be a great PvP head to head game too. We will tell you how to set up each scenario, make sure each one is balanced and fair and what winning looks like.

The game will also have ‘a Book of Depravity’ (a working title because there was so many crazy ideas that we wanted to put into it). This is labelled as the Adventurer’s Companion on the Kickstarter.
As the funding goals are met, we want to expand beyond the core game and into an almost tabletop RPG, with the rules for generating your own heroes, a complete system for character development, traps, gold, and instructions for building your own dungeons and adventures and complete rules for the entire Mantic Undead range. Once you have played through and become a veteran player this will allow you to develop the game in whatever way you want to, picking and choosing what’s right for your gaming group.

If the campaign goes far enough we have some great ideas for expansions to the core game, and as usual in a Mantic Kickstarter, a few surprises along the way 😉 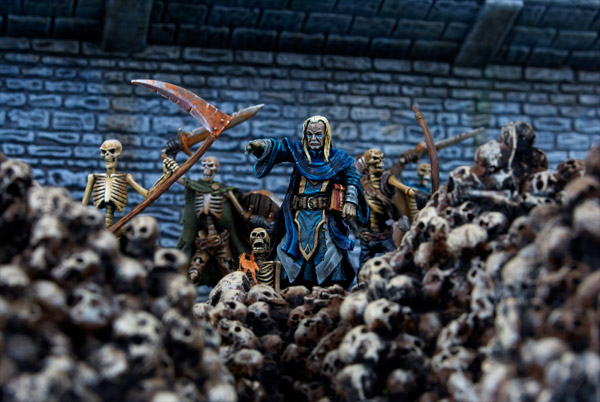 If this sounds like it is something you want to support please head on over to the campaign … and have a look at what’s going on. If it is, or even if it isn’t, one for you please tell your friends, family and club members about it. We think this game a huge and board appeal and we think the world needs a truly classic dungeon crawler. We would love it to be Dungeon Sagas. The more backers the campaign gets the more goodies we get to make and add to the pledge 😉

Thanks for readings. However, you support us, Mantic would not be able to do the things we do without your ongoing and vocal support. Thank you.

I hope you enjoy the journey in the darkness…