Adding to our great Dwarf Range, you can now pre-order a Dwarf Ranger regiment! 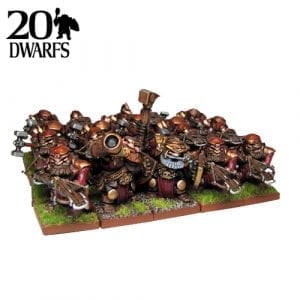 Rangers are the scouts of the Dwarf army, heading out of the Dwarf Holds and into the wilderness in search of those that can bring war to the Dwarf Kingdom.  They carry an assortment of ranged and combat weapons to suit all situations, forgoing armour with steely resolve. When a Dwarf Army marches to war, these scouts band together in large regiments, combining hammer with shot to weaken the enemy before they reach the Dwarven battle lines.

This box contains a regiment of 20 Dwarf Rangers armed with crossbows, rifles and great weapons, and includes a metal command.

So what are you waiting for?