When we released the Warpath 2.0 rules, there were a few discrepancies between the Forge Father sets and the Force List, so we’ve taken the opportunity in February to sort that out! 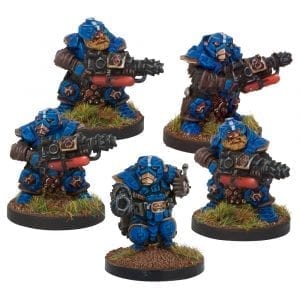 The Drakkarim are the highly specialised assault troops of the Forge Fathers. They are deployed at high speed by Drakkar transports right in the heart of the enemy lines, causing havoc with their fearsome Dragon Breath flamethrowers and ferociously charging into any survivors. 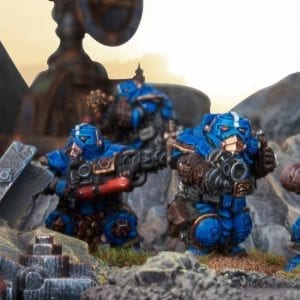 The Forge Fathers are back for February! Advance Order the new Forge Father Drakkarim as either a new box-set or as part of Dargo’s Veteran Company – a new 50 figure bundle that includes 2 New Iron Ancestor Doomstorms and 20 Stormrage Veterans!