It’s hard to believe that DreadBall’s been around for less than a year! Last August, Ronnie took a few samples to Gen Con, and caused a lot of buzz. It’s hardly surprising, then, that people went crazy for it this year! 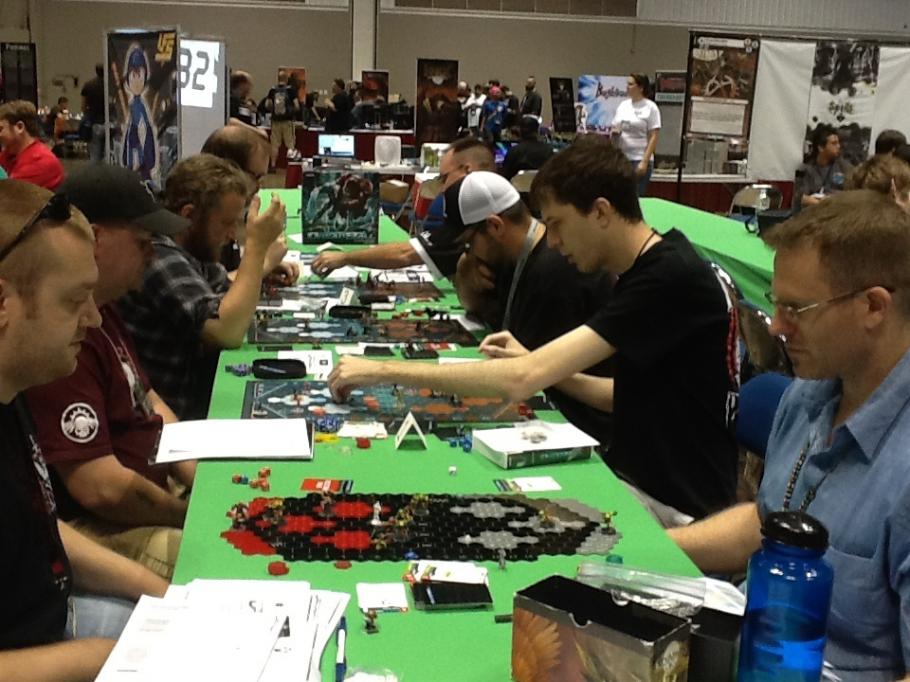 As we mentioned in a previous post, DreadBall fanatic Lee Montgomery stepped up to run the DreadBall Gen Con Cup – a one-day tournament open to anyone who picked up a ticket! It was a last minute addition to the plan, but Lee did a great job all the same. He had a total of eight players, and he’s already making plans for next year’s event – he wants it to be huge! We’ll be sure to pass on as much information as we can as soon as we have it. 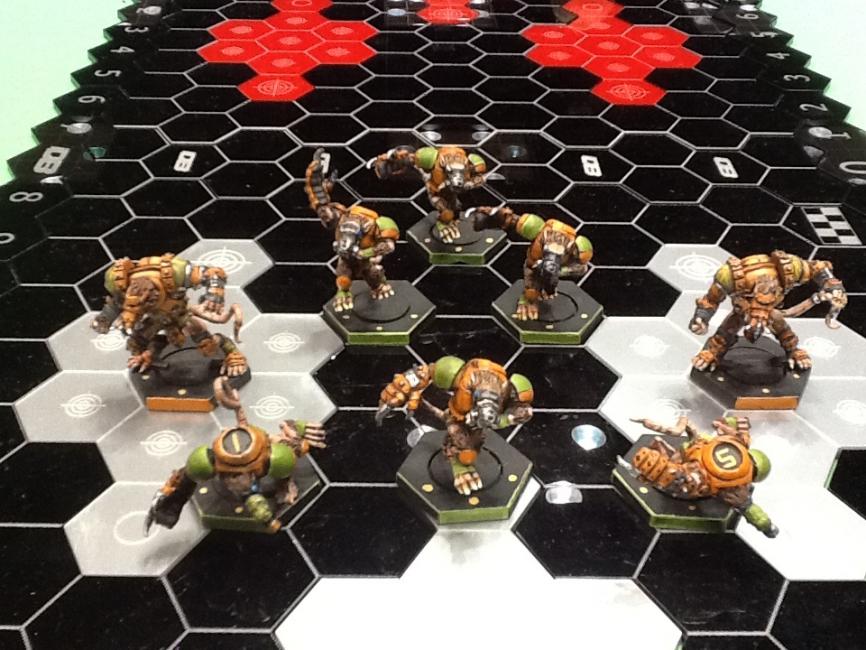 “Mouse Rat” were winners of the award for best painted team!

If you’d like to see more photos and details of the event, there’s a short write-up on the Mantic Forum – head over and check it out!  Lee was an absolute star at the weekend – when he wasn’t running the tournament, he was manning the Mantic booth, answering questions and running amazing DreadBall demos. Again, as I said yesterday, we at Mantic wouldn’t be where we are without the ongoing support of our growing retinue of hobbyvangelists! 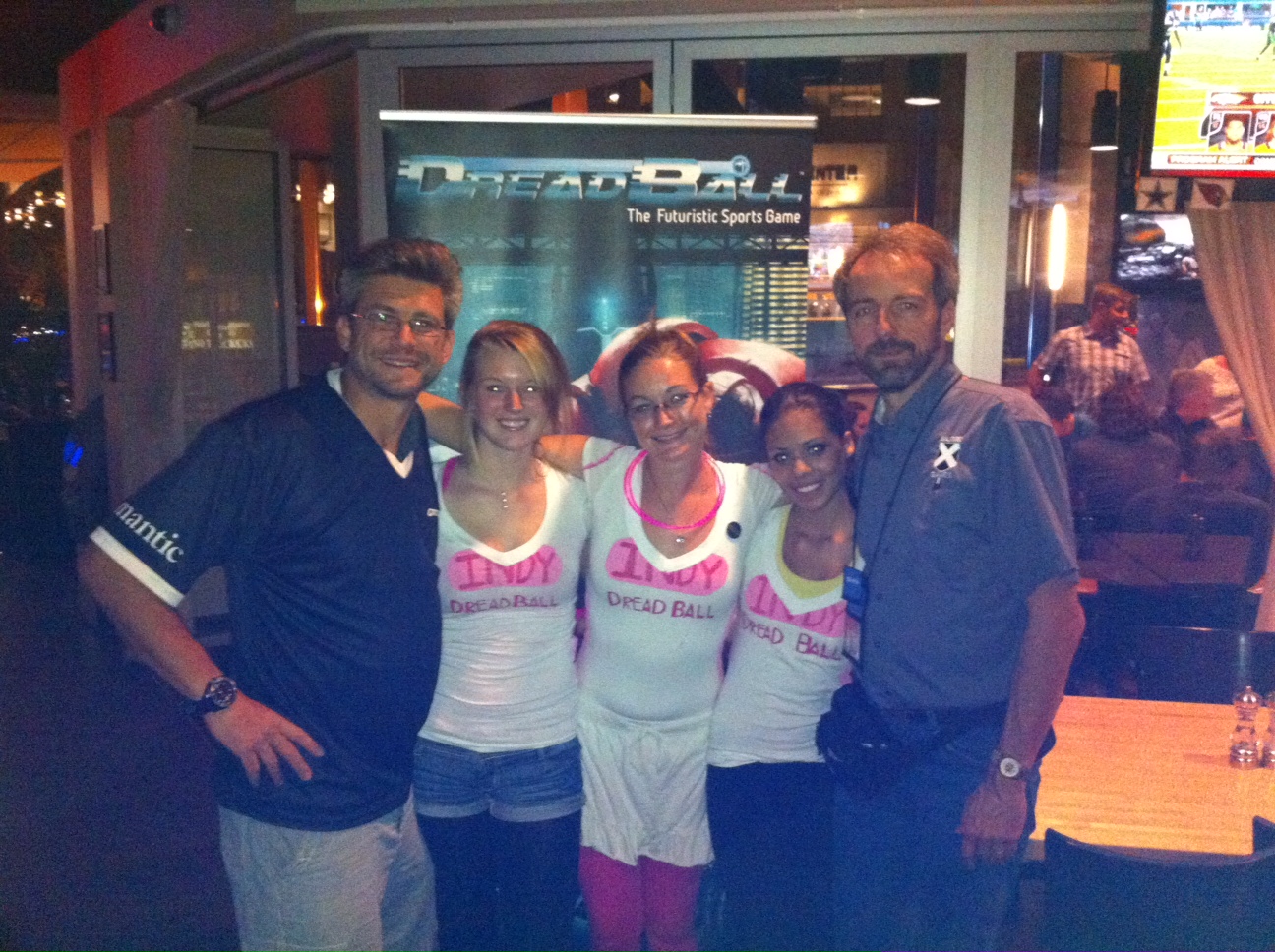 Here’s a whole load more of them!

Saltire Games did something equally awesome – they set up a DreadBall extravaganza on Saturday evening at Colts Grille, a sports restaurant with strong ties to the NFL. Talk about an awesome venue! The night boasted open gaming (with board provided) as well as demos for those that didn’t know how to play yet. 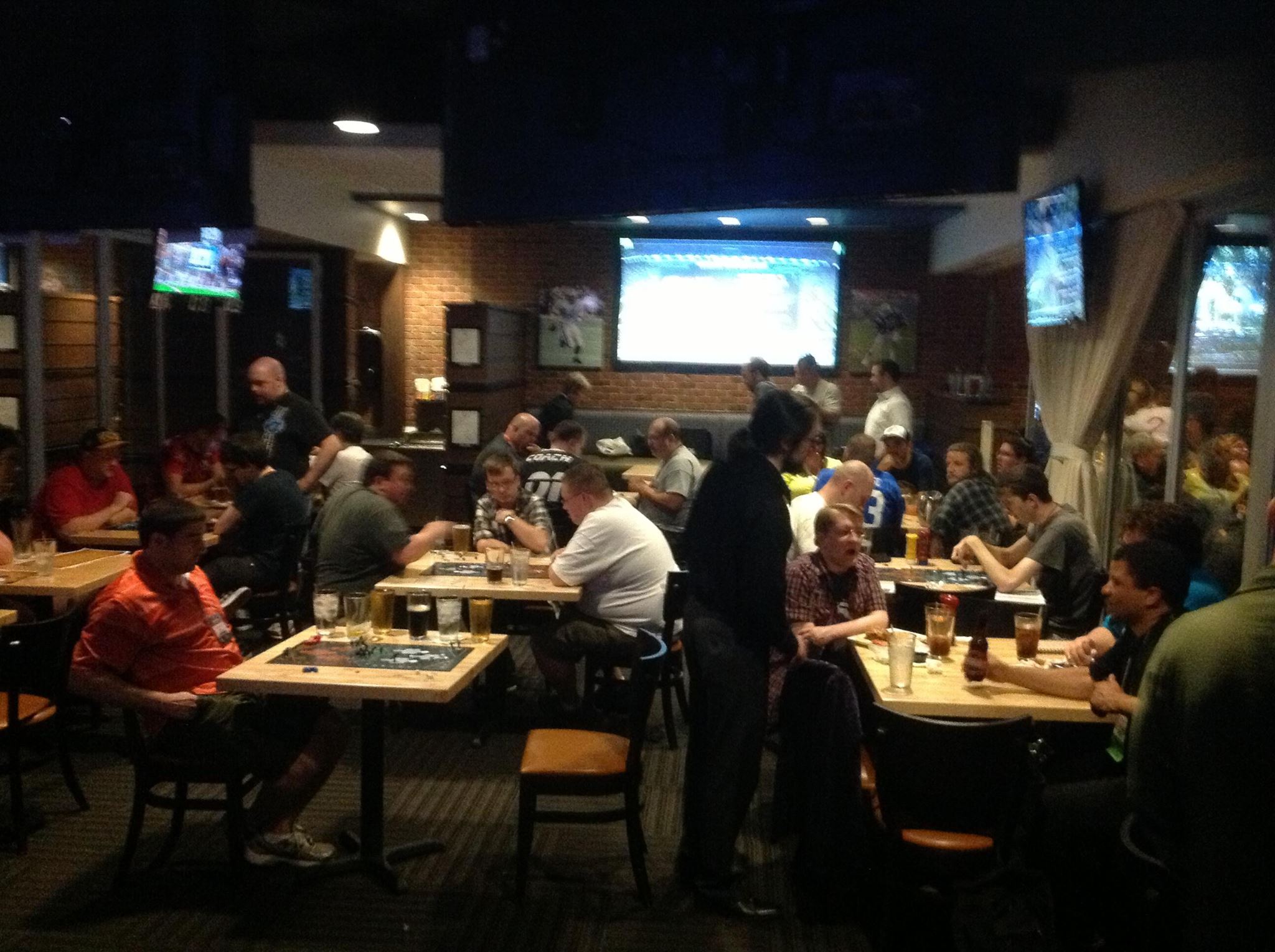 Thanks to Forest L Ramsey, who took a way better photo than anyone at Mantic!

As you can see, the evening was packed with players – as I said earlier, it’s hard to believe that DreadBall’s only been going since the end of last year! One keen participant was Shawn Grubaugh, a big DreadBall fan and creator of the Neo-Tek Tesla Dome custom arena, as seen below. Shawn did this for the sheer love of DreadBall, and has made the arena available for free through the Files section of the DreadBall Fanatics Facebook group! 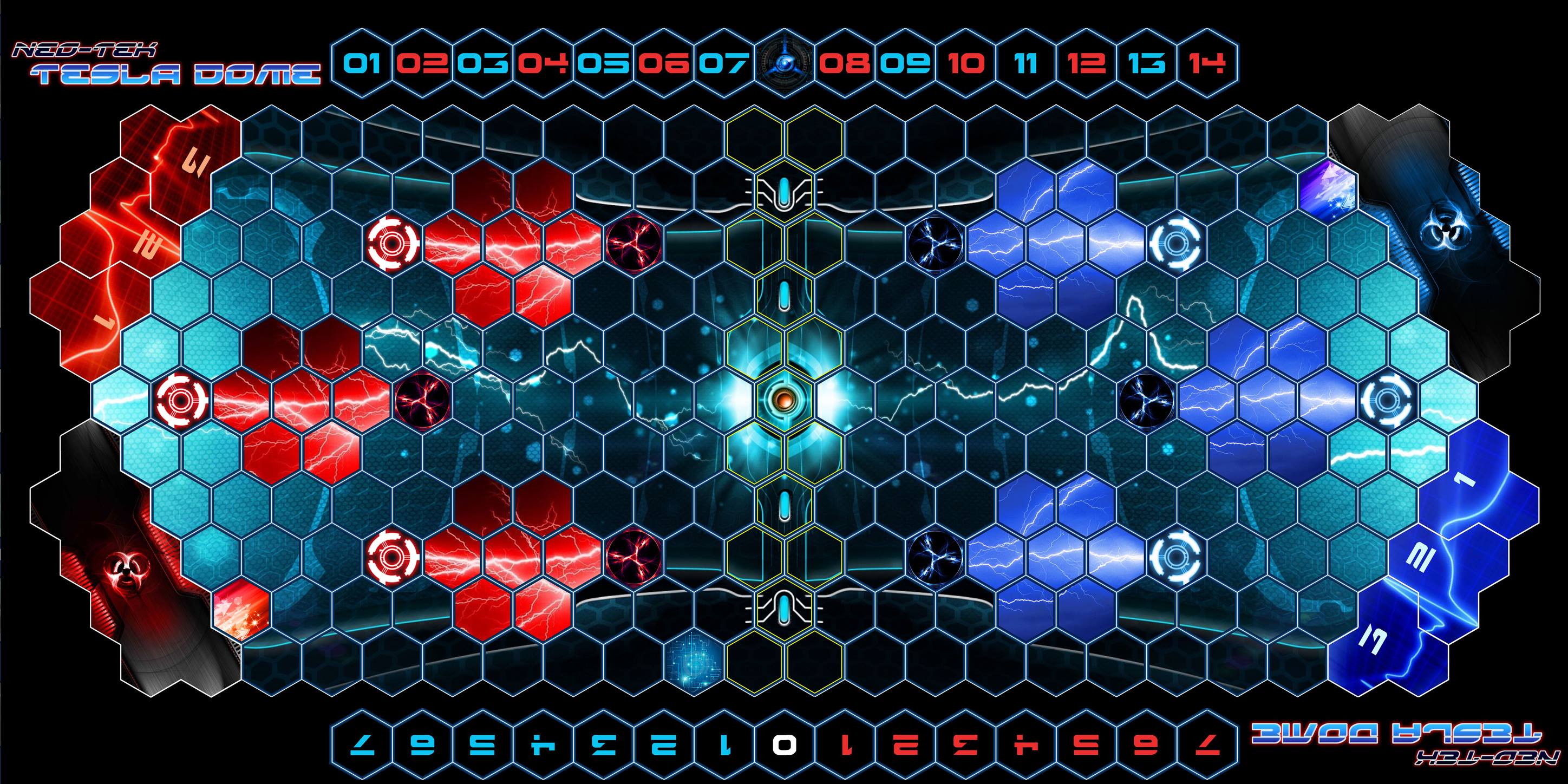 When Shawn showed Ronnie the Tesla Dome, he was quickly challenged to a game of DreadBall on it at Colts, much to his surprise and geeky delight. I trawled the ‘net to find this post-match report:

“Here’s the final update for last night’s epic Dreadball game against Mantic CEO Ronnie Renton from Star Daughter Reporter, me! What started off looking like an early win from Shawn turned into a bloody battle to the bitter end. Riddled with laughter and yelling and cheering, this incredible game finally ended in a draw after 14 rushes because, in the words of Ronnie, “No one should have to lose a game like that”. Well Dreadballers, that’s it for the coverage of the most exciting game of Dreadball I’ve ever witnessed. Coming to you live from Gen Con Indy, this has been Star Daughter Reporter Sarah Grubaugh. See you next time folks.” 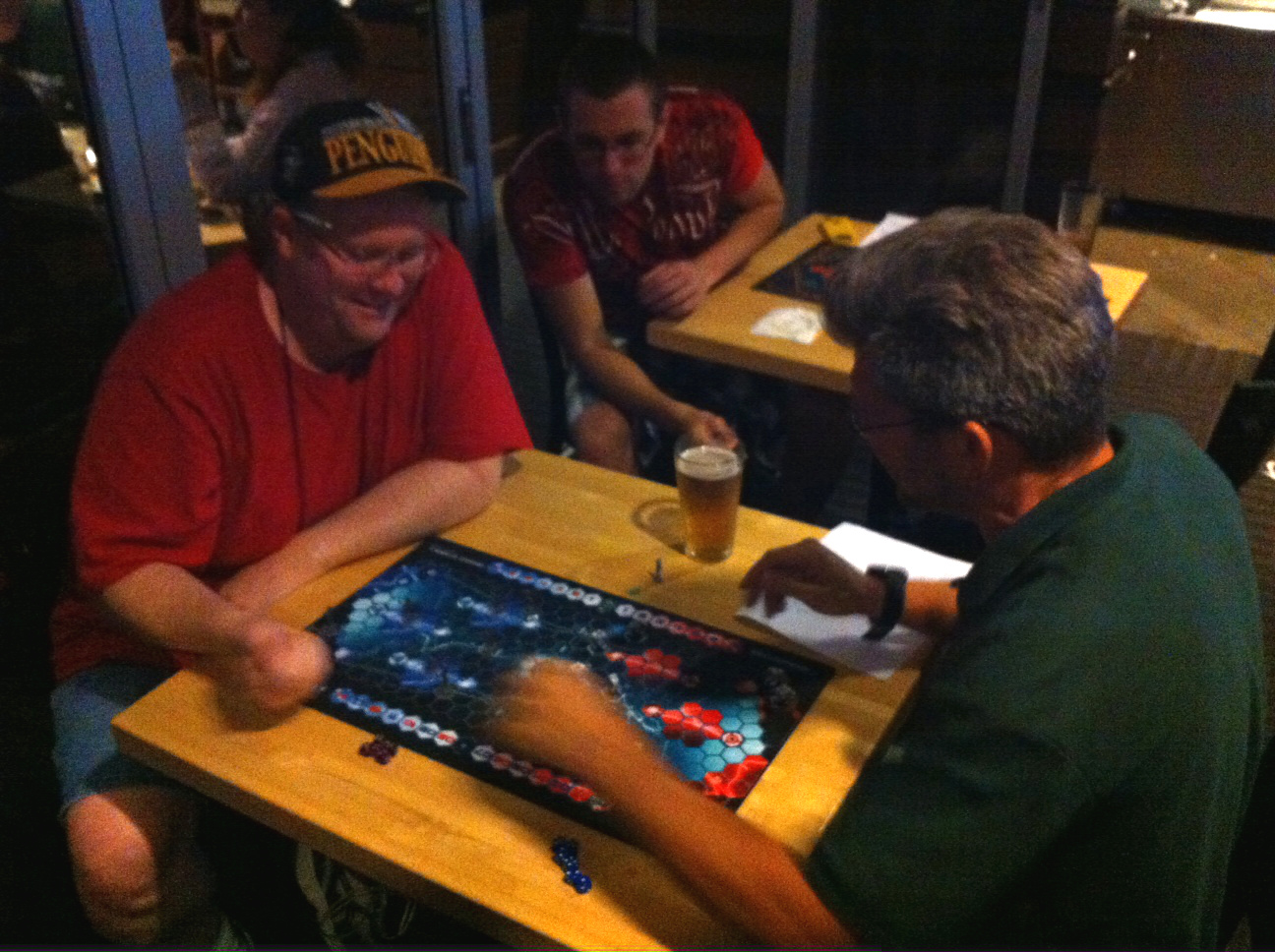 Ronnie provided us with this picture of the match in action!

All in all, we couldn’t be more proud of our Futuristic Sports Game. I think everything that happened at Gen Con shows how popular it’s grown in such a short space of time, and how much fun people have while playing it! If you haven’t given the game a go yet, you could do a lot worse than checking out the DreadBall Academy series over at Beasts of War. Everything else you need to get involved is over at the DreadBall section of the Mantic webstore!