If you were lucky enough to attend Gen Con this year, you’ll have noticed that Mantic appeared in several places at once! We weren’t just present at our trade stand; there were several gaming tables where players could show off their skills or pick up some new ones! This wouldn’t have been possible without the help of some awesome volunteers, such as Michael Carter, who ran a multitude of Learn to Play Kings of War sessions across the weekend, showing an incredible 48 people how to play our fantasy mass battle game! I’m told that Michael had run similar sessions at Origins earlier in the year, and I’m sure this won’t be the last time he takes to the tables and shows people how it’s done.

There’s a whole slew of photos over at the the Events section of the Mantic Forum, along with more information about what happened on the day. I’ve picked a few favourites to show off below! 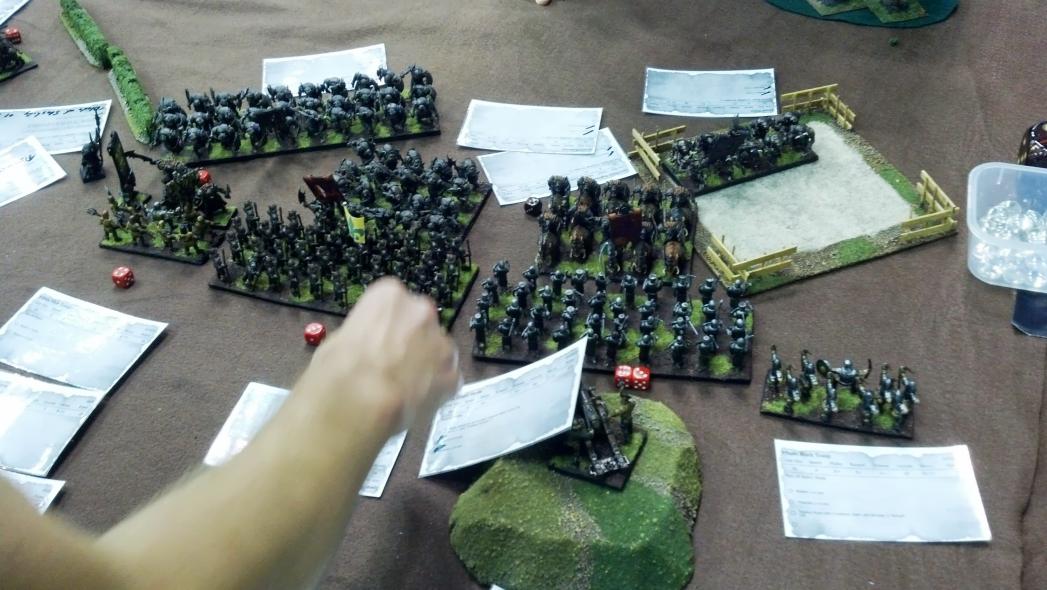 Unit stat sheets let players see what their troops could do at a glance. Great idea! 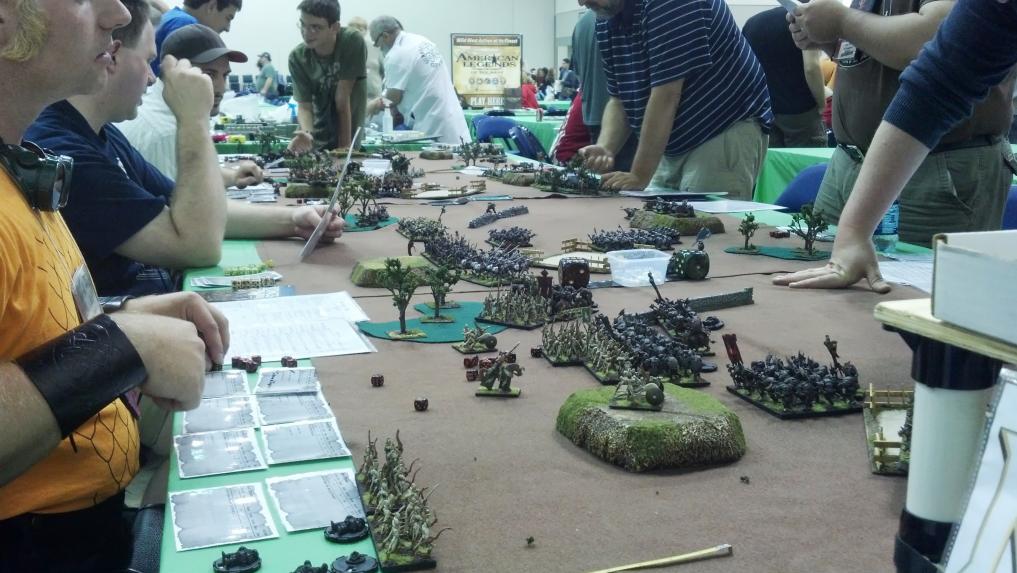 It’s plain to see how popular the sessions were. You can almost feel the atmosphere! 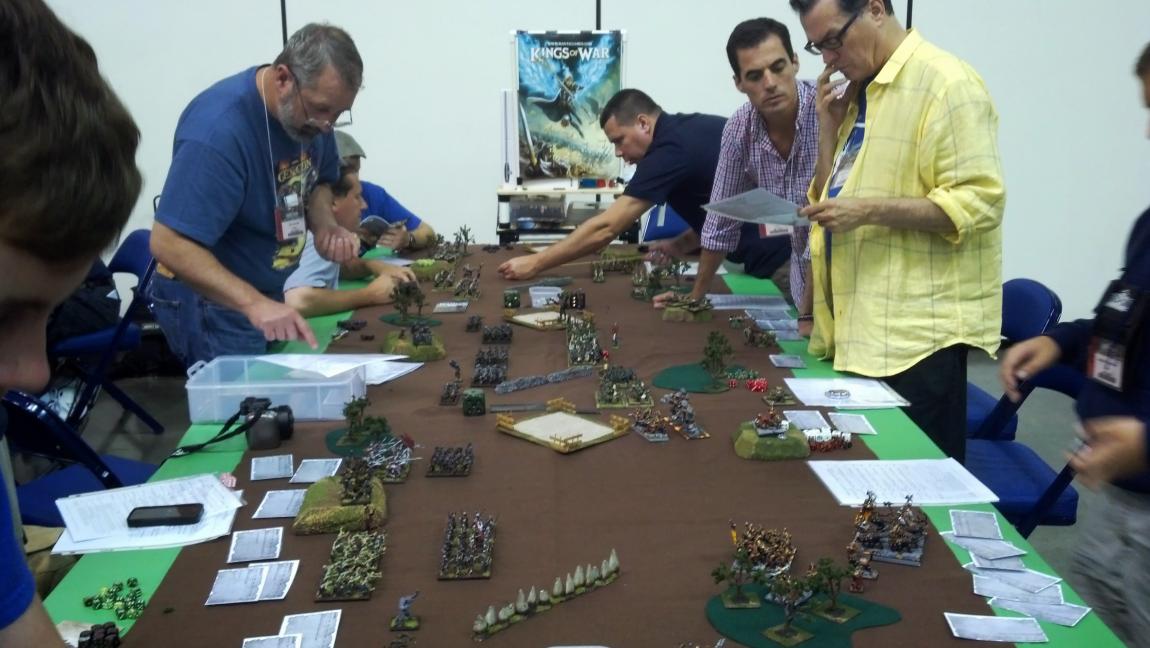 These games did a great job of showing just how easy it is to learn Kings of War, and how quickly you can play even a large game!

Mantic wouldn’t be able to do what it does without awesome volunteers like Michael, or the dozens of others who run demo games and events around the world! Here in the UK we’ve got a team of Pathfinders, who valiantly roam the country spreading the world of Mantic, and they’re starting to spread to other countries – we now have one in Norway and one in Italy, and we’re looking at launching a similar programme in the US in the very near future! If you run a gaming club or store, and would like someone to come and run some demonstration games like the ones you see above, why not get in touch through our Facebook page?

Stay tuned this week – I’ll be sharing lots more of what happened at Gen Con and introducing you to a few more of the amazing people behind the scenes. If you attended the show and took part in any of our games, drop a comment below and let us know what you thought!