As I said earlier, Gen Con was a roaring success, and the Mantic stand was swamped! Ronnie and the gang were more than capable of holding the fort, but news of Mantic’s “Secret Miniature” really piqued everyone’s curiosity! Of course, the photo competition we ran might have helped a bit as well. The rules were simple: visit the Mantic stand, find Chris, and get a picture of yourself with him and the secret mini! 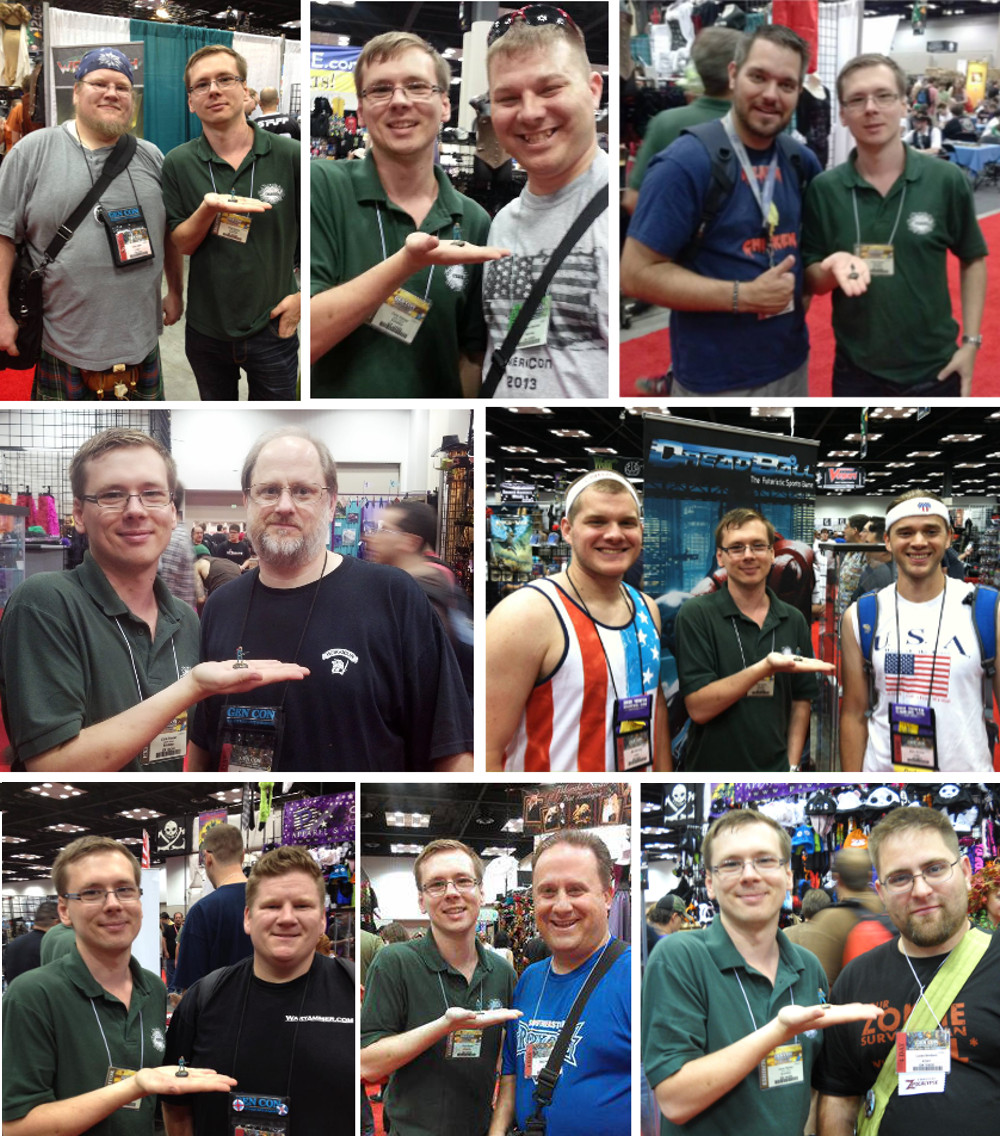 As you can see we had plenty of entries, but of course there could only be one winner. Congratulations go to Ryan O’Leary, whose amazing photo was randomly selected as the cream of the crop, netting him $75 in webstore credit. Hooray! 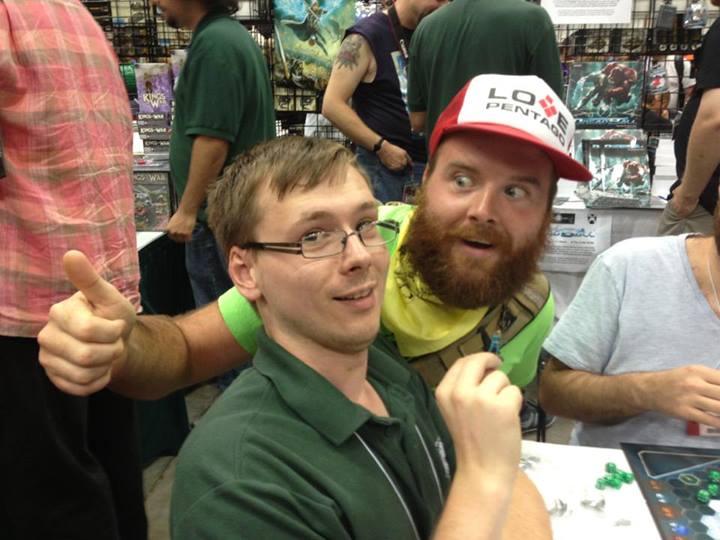 Thankfully, we can confirm that Chris did survive this encounter.

Of course, the real star of all the photos above isn’t very visible. You probably all know by now, but if you don’t, here it is: 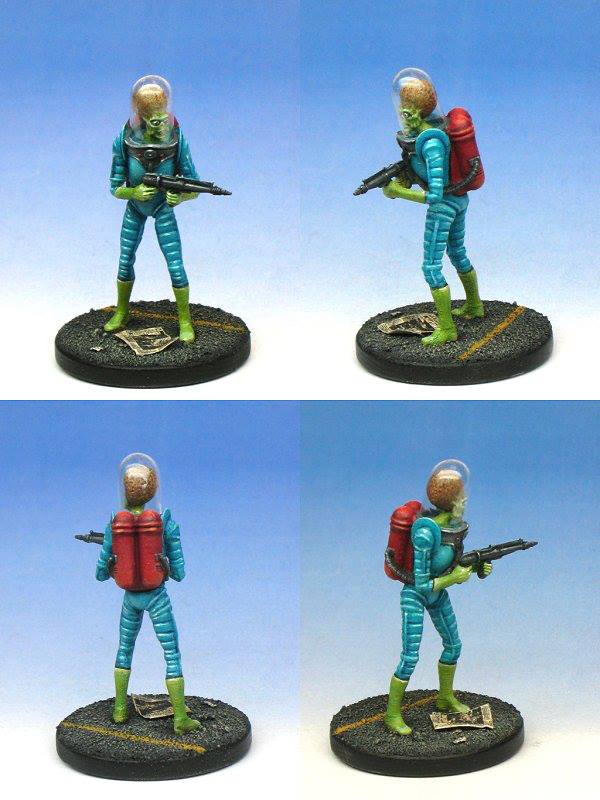 We’ll tell you more about it as news becomes available. For now, keep your eyes glued to our Facebook page – and Mars Attacks – for details! I’ll also be posting more Gen Con coverage over the coming week, so make sure you check back tomorrow for more.