Getting started with a Mantic Undead army or adding new units to your existing Undead army has just become even easier with the addition of a second Army Set to the Undead range! 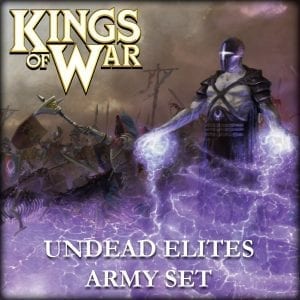 The Undead Elites Army Set contains free Kings of War rules, 20 plastic Revenants, 10 plastic Ghouls and a plastic Balefire Catapult, but also includes 10 Revenant Knights and 5 new Wraiths, both of which come in Plastic Resin. Anyone who owns a box of Knights will testify that these figures are gorgeous and, if the reception that the new Wraiths seem to have received is any indication, they look like they’re going to be just as popular! 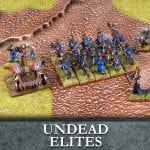 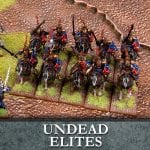 Like the Soul Reavers and new Undead Plastic Resin Wraiths, the Undead Elites Army Set is released on the 27th June and is available to pre-order now!