A few weeks ago, on one of our regular Monday Night DreadBall games, I came up against a Teraton team for the first time. I’ve played as them before (check out the current issue of Ravage Magazine US for the first half of the write-up!) but playing against them was a different matter entirely. They’re pretty scary, especially in the hands of an experienced played like studio manager Stew. Yeah, their Speed is a measly 5+, but their emergency teleport means you can’t take advantage of it with a well-placed Slam – in fact, doing it gives them the opportunity to reposition themselves and make your job even harder! Add that to their Strength of 3+ and you’ve got a really resilient team that’s an absolute nightmare to take the ball from. All you can do is try to outrun them! 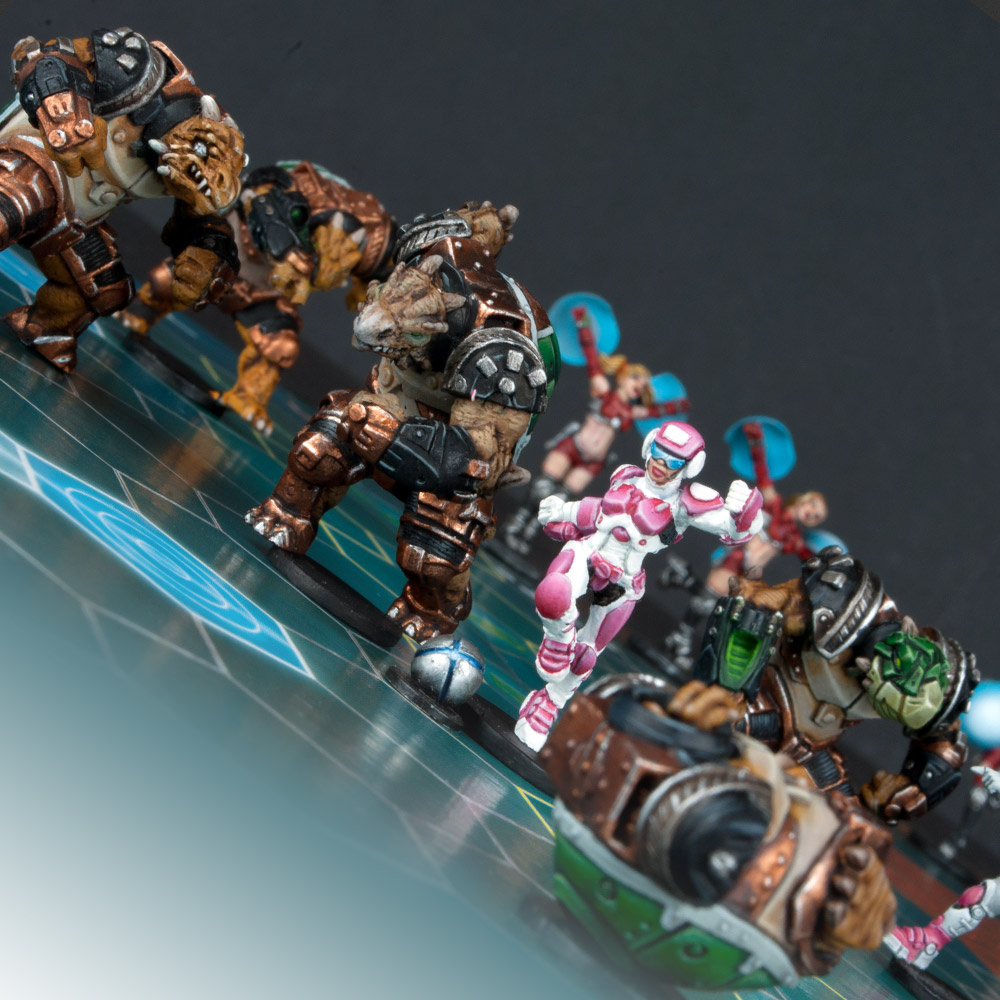 Or taunt them into Dashing, then laugh as they spectacularly fail to stand up.

I’ve got to admit, I’m really tempted to go along with the “if you can’t beat ’em, join ’em” approach, especially with the release of the Ukomo Avalanchers Team Booster.  As I said yesterday, boosters are an absolute must for your team, especially if you’re going a league. The Teraton booster gives you seven metal miniatures: two Jacks, two Guards and a Keeper (who looks absolutely awesome, by the way!) plus the infamous Teraton Prone. I’ve never seen this miniature fail to get a reaction – he’s an absolute fan favourite! Combined with the original Ukomo Avalanchers Team, you’ve got six Jacks, six Guards and a Keeper – plenty to get you through a League, or to give you plenty of options in an Exhibition Match.

You can get yourself a Teraton Team Booster (or even a couple!) by following this link to the Mantic Store.