It seems Kings of War fever has gripped the world in the run-up to the Orc release on the 29th August and the September 26th Launch for the second edition of Kings of War because we have just sold out of the Mhorgoth’s Revenge Fantasy Battleset after a huge flurry of orders.

Good news is, we’ve got even more gossip on the 2nd edition of Kings of War and the mysterious Mhorgoth’s Rising coming tomorrow. In preparation for the new game, we’ve also made some tweaks to our Fantasy portal, and posted up the Kings of War hub. 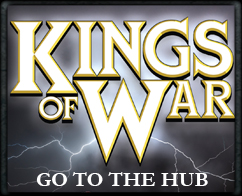 This new hub will house all the Kings of War articles and content to come over the next year, as well as be your go-to place for the free Kings of War rules download (including Foreign Translations for German, French, Spanish, Russian, Chinese and links to the Italian version) and the army lists!

If you’ve not visited a hub before, get surfing now as we currently have Hubs for the Undead, Orcs, Abyssal Dwarf and Dwarfs King’s Hold live (all available through the Fantasy portal), and hubs for the Elves and Dwarfs coming in the next two weeks as we prepare for some Mega new pre-orders this month! 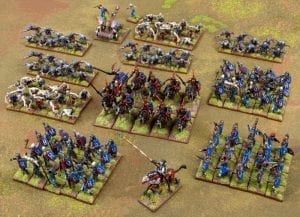 We must say thank you to everyone who has picked up a Mhorgoth’s Revenge set from our webstore and we advise any of you who want one to get down to your local hobby retailer and see if they’ve got any left! Alternatively, why not check out our Army Sets – huge boxes of miniatures with free fantasy battle rules!