With the Kings of War 2nd Edition Rulebook now with the printers, we were honoured that the legendary Rick Priestley – creator of the original Warhammer Fantasy Battle Game – agreed to write an foreword to the book for us. 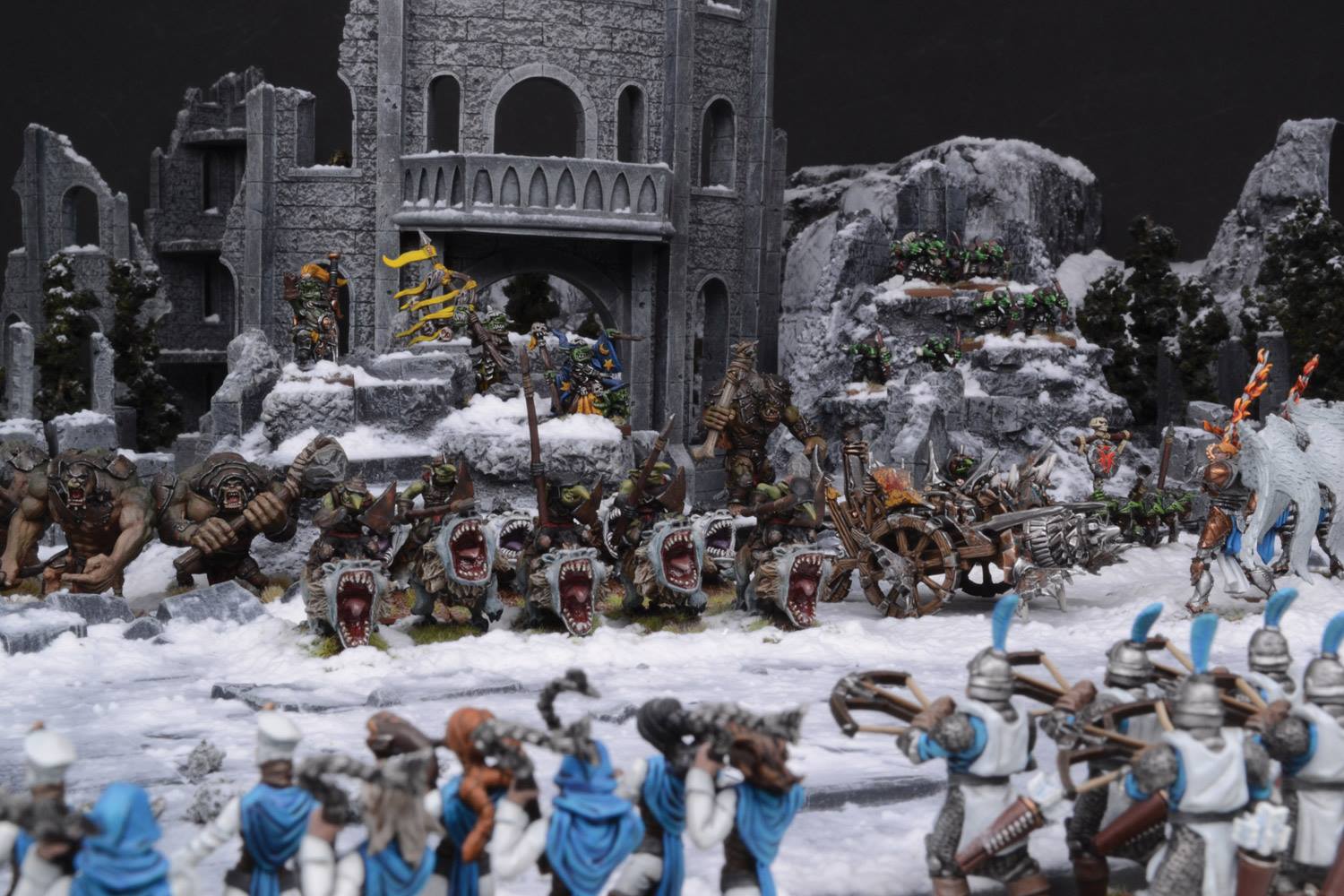 Here are a few extracts:

“When asked to write these few introductory words I hardly expected to find myself writing the foreword to what is undoubtedly now the most popular mass-battle fantasy game on the market!”

“Many converts have found themselves won over by a mixture of solid game play, straight-forward but elegant mechanics, and an approach to development that plainly puts the player first.”

“Well done especially to its creator and designer Alessio Cavatore. I have worked together with Alessio on many gaming projects over the years, both historical and fantasy, and have always appreciated his clear and focussed approach to game design, instinct for uncluttered rules, and – most of all – boundless and unquenchable enthusiasm for games and gaming.”

There is more to Rick’s foreword in the main book, proceeding the exploration through a mythical fantasy world, a guide to playing Kings of War and all of the rules and, of course, the dedicated Force List section that includes eleven different armies, from Humans to Undead, Elves to Orcs.

Truly Kings of War has come of age and this week on the blog we’ll be releasing the Kings of War Free Rules, a new player starter guide as well as a first look at some of the expanded army lists for armies we don’t yet make miniatures for.

To get you in the mood, why not recap these blogs here:

– The Game of Fantasy Battles

– 5 Reasons to switch to Kings of War

– Try Kings of War for Free

Kings of War 2nd Edition is now available to pre-order and begins shipping in August.