Kings of War gets new units, upgraded rules and even more death!

Funnily enough we like the Kings of War rules, and 1 year of playing and gaming with them has only made us like them more. We believe they are a clean, simple rules set that encourages strategic play, varied and interesting army selections and – lots of Death!

We also believe it needs more army lists – and while our community has been fantastic at writing some great fan lists (see them all at Wikipedia) we know we need to make some more. So we have asked the irrepressible Alessio Cavatore to do two things:
1) Update the first 5 army lists. The first three army lists were written as we first produced the rules, and when Mantic had a much smaller range of models available. Since then we have released lots of new boxed sets, and all these need rules to accompany them. We have also had loads of great ideas about sets we will produce in the future – some soon, some further down the line. These army lists are all being updated with both the units we have released, and some we intend to (creating some great modelling opportunities until then!). 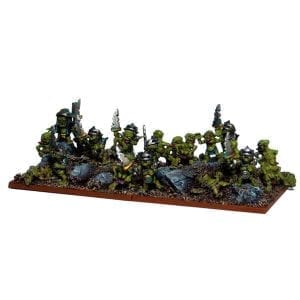 Orclings – included on the Orc plastic sprues – will be getting rules in the new edition.

2) Write some new army lists. While updates to existing armies are all well and good there is nothing as exciting as some new ones. We have now produced three complete new army lists that are all tournament legal – and while Mantic don’t have models for all these ranges – we will in the not too distant future – so keep your eyes peeled for whole hordes of Goblins and the evil and vicious Twilight Kin. 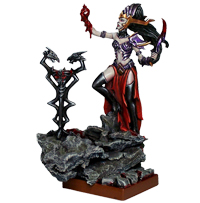 All this means that over the next few weeks nearly 100 new units will become available for your favourite new, mass-battle fantasy wargame.

Of course, what would Mantic be without some teasing, so we’re putting one of the three new army lists exclusively in Friday’s newsletter – you must be signed up if you want to get it first, so make sure you tell your friends and get signed up!

Check back tomorrow for when Ronnie gives us the breakdown of Mantic’s three year plan – not a video to be missed!