Kings of War 2nd Edition includes eleven Force Lists for the major factions of Mantica – but there are many more minor races that go to war besides.

Written by Matt Gilbert, Kings of War: Uncharted Empires is a supplementary book hitting retailer shelves toward the end of the year. It contains nine Force Lists allowing you to field the minor races of Mantica as fully fledged armies on the tabletop.

We don’t yet make miniatures for these armies, but you may own a similar army and want to play with them using the Kings of War 2nd Edition Rules – these force lists allow you to do exactly that!

This 64-page book includes lists for:

The first of these lists are now available for you to download as part of our beta playtesting of the rules! You’ll find all of the instruction for being part of the playtest in the PDF download. 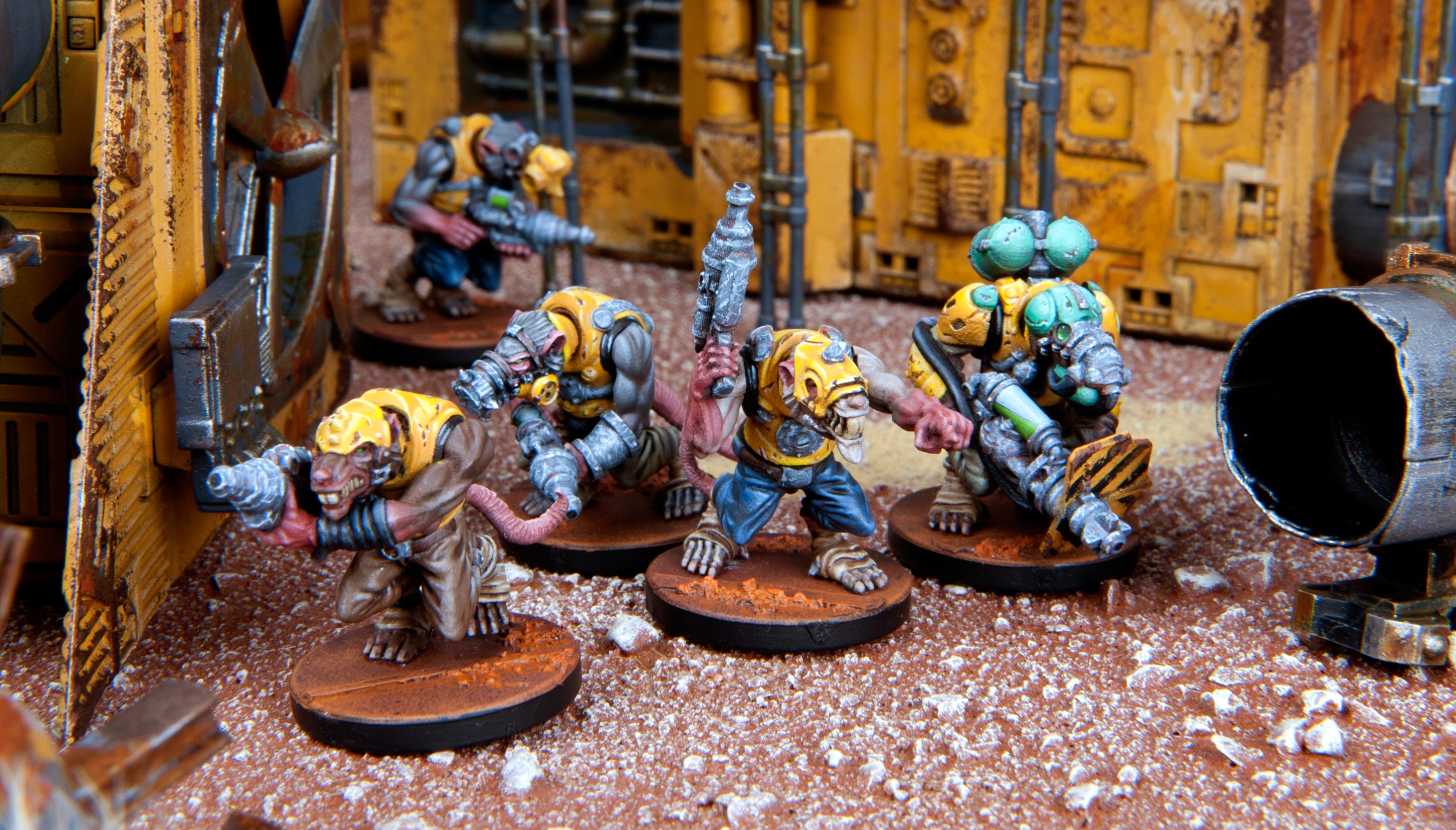 Veer-myn in Deadzone – in Kings of War next?

Rats are everywhere. Rats are vicious, hard creatures that can survive in the harshest of conditions, living in filth and eating worse. They thrive in adversity. The darkest, most miserable places in the world are the domain of rats. If ever a race was destined for slavery, ideally suited for the despair and brutal life it offered, it was the vermin.

Bharzak began to experiment. Consumed by his madness, he locked himself away while he worked on his project, rarely seen. Strange chittering screeches and agonised wails came from behind the locked doors of Bharzak’s laboratory. After a while, Bharzak was forgotten and a new overmaster took his place.

Then one day, almost thirteen years since Bharzak had sealed himself away, the doors opened and Bharzak reappeared triumphant. As he emerged from his self-imposed exile, behind him streamed a vast pack of rats. But not rats as they had been. These were something new, something terrible – a horrifying hybrid of rats and other races: dwarf, human, elf, goblin. In their eyes there was a smouldering malignancy and their rapid, jerky movements were spine-chilling and beyond natural. Bharzak had bred a new race of slaves, a race he named Gnorr. Ones that could do more: work harder, work longer and, with the trait of the race he most desired, breed more slaves in vast quantities.

Consisting of large blocks of infantry supported by bizarre contraptions and hulking beasts, the Ratkin are a unique proposition on the tabletop – and you can now download the Ratkin list and start using any verminous miniatures you may own in Kings of War – The Game Of Fantasy Battles!

The next Force List to be released is the complete Twilight Kin army list – it’ll be available for free download on the Mantic Website on launch, and included free in the enhanced edition of the Kings of War rulebook through Mantic Digital, now available to pre-order!