Kings of War: The Herd now available for Free Download

Kings of War 2nd Edition includes eleven Force Lists for the major factions of Mantica – but there are many more minor races that go to war besides.

Kings of War: Uncharted Empires will be a compilation of these minor forces, and the second list from the book is now available for you to download as part of our playtesting of the rules. You’ll find all of the instructions for being part of the playtest in the PDF download. 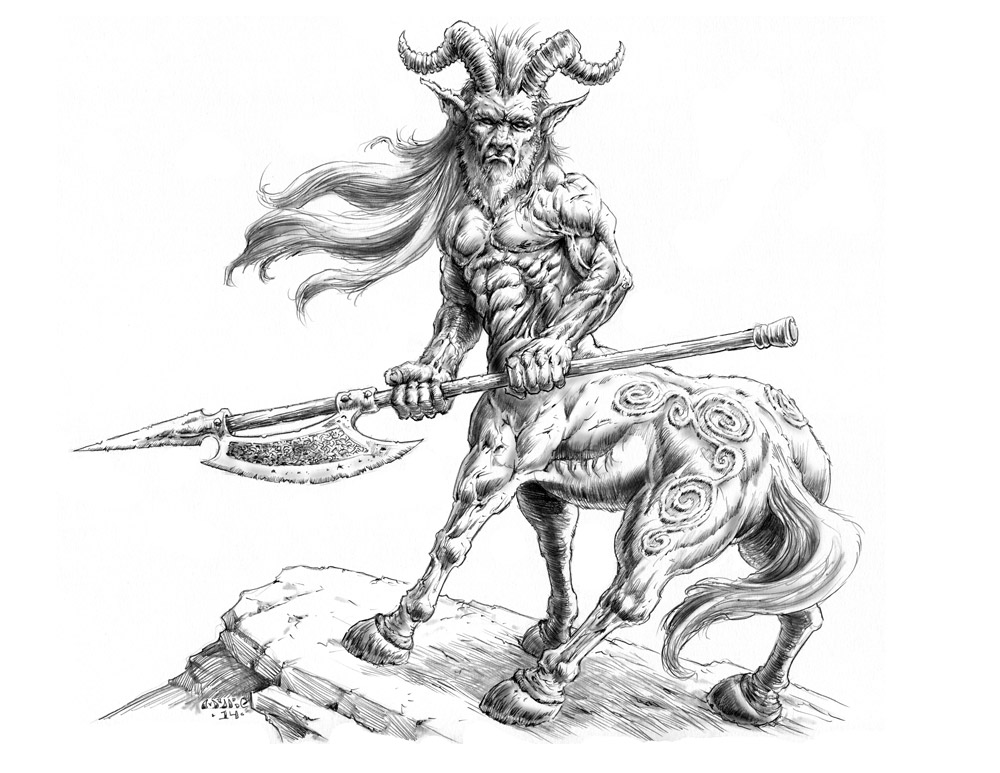 Dark Kyron tried to run away but Brave Kyron chased him, flying high across the sky. You can still see them both today, still chasing each other in The Great Hunt. At night, Dark Kyron skulks in the sky, sometimes showing his face, at other times cowering and hiding. Our lost kin worship him in the darkness. In the day, Brave Kyron rises and chases away the shadows and once again shows us the light.

We live to protect and serve the Mother. We are The Lost now Returned. We are the Centaurs, Fauns, Satyrs, Lycans, Minotaurs and more. Some are more beast than man, some more man than beast. We live in the forests, in the hills, the mountains and the rivers. We listen to the world and the world speaks through us. We are the heartbeat and voice of the Mother.

We are The Herd.

You can now download the Herd list and start using any miniatures you may own in Kings of War – The Game Of Fantasy Battles!

What is Uncharted Empires?

Written by Matt Gilbert, Kings of War: Uncharted Empires is a supplementary book hitting retailer shelves in November. It contains nine Force Lists allowing you to field the minor races of Mantica as fully fledged armies on the tabletop.

We don’t yet make miniatures for these armies, but you may own a similar army and want to play with them using the Kings of War 2nd Edition Rules – these force lists allow you to do exactly that!

This 64-page book includes lists for: