Kings of War: The Mansfield Bloodbath!

The Kings of War Invitational Tournament was held at Maelstrom Games’ Eye of the Storm event over the weekend, and there was a number of reasons as to why it was special:

– It was the first one, and us and Alessio have collected a vast amount of feedback about the game. 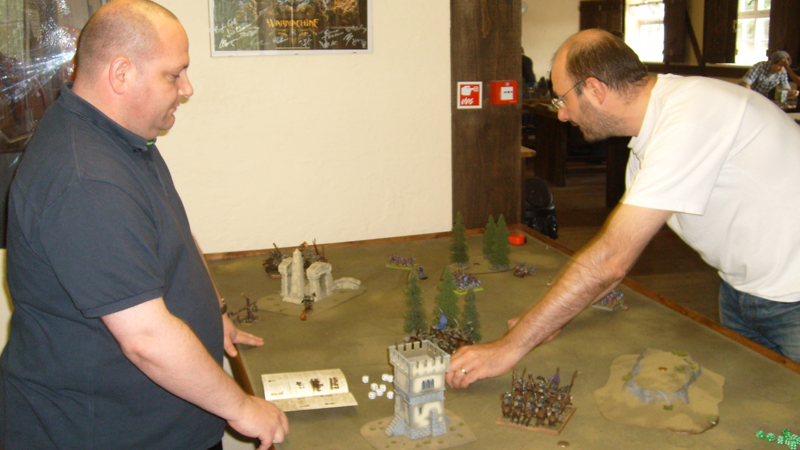 Undead on Undead in this Game as Alessio played one of several lists built around 30 Soul Reavers – and they were nasty.

– It was free entry, free food, and the player’s were free to bring whatever models they liked, leading to an electic array of Games Workshop, Privateer Press, Foundry and Warlord Games models. Of course there were a large number of pure Mantic armies as well, with Undead and Orcs leading the way. 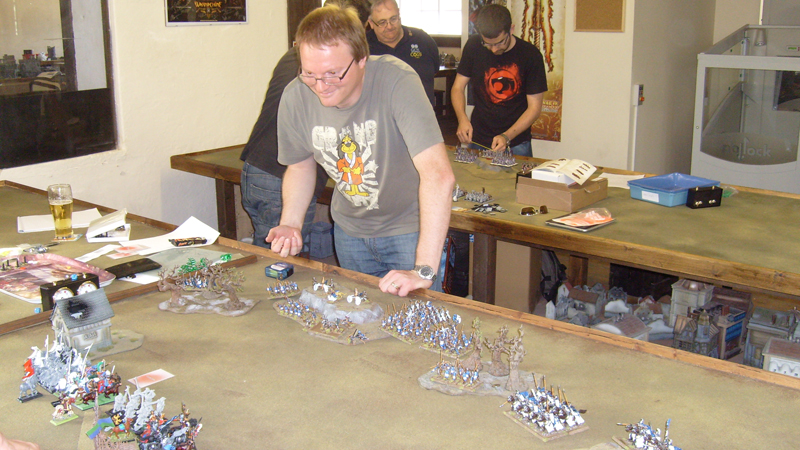 Jez Gurney’s Elf army, as featured on the blog recently, made an appearance. 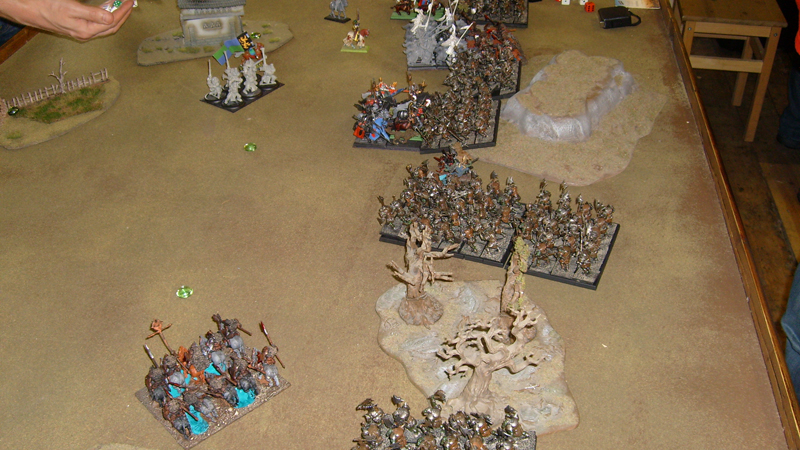 – It has led to the creation and refinement of the Kings of War Tournament pack, coming to the website soon! 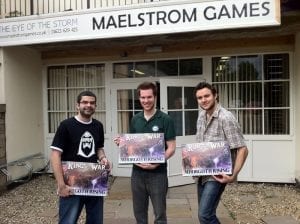 The winner’s model (ho ho) their prizes – Bobo (right) came third, Alberto (left) came second and Josh (centre), who had clearly come prepared in his Mantic T-Shirt, became the first ever winner of the Kings of War Invitational: Congratulations guys!

Now we had planned to do a Tournament Report, but Tim King, who flew all the way from Germany to run the tournament, spent the day live blogging the event on our forum so, for a game-by-game break-down of what went down (and who got trashed) and as a true appreciation of Tim’s work, click here to view the full thread, and click here for our Facebook album for more images from the weekend, taken by our budding photography and amateur cameraman Orcy. Jake Thornton also has a load of really lovely photos and some frank analysis on his blog, both from a gamer and games designer points of view, which in itself makes it an interesting read.

Check back tomorrow as we pick-up from where we left off on Friday with Warpath month and, if word of the tournament pack has piqued your interest or you would like to know more about forthcoming events from Mantic, get signed up for our newsletter to stay up to date.