KoW Army focus – The Return of the Evil Dead – Part 1

Carrying on with the Kings of War theme of delving back in time to revisit where the armies of Mantica came from we’ve decided to dig up the Undead..they are after all our most popular army.

Going through the reams of blog articles I found the ‘From the Sculptor’ posts where miniature designer Bob Naismith went into some great depth about the sculpting process so decided to share them once again.

Right then – Undead!
When Ronnie and I sat down to figure out how the Mantic Undead would look we had several aims; 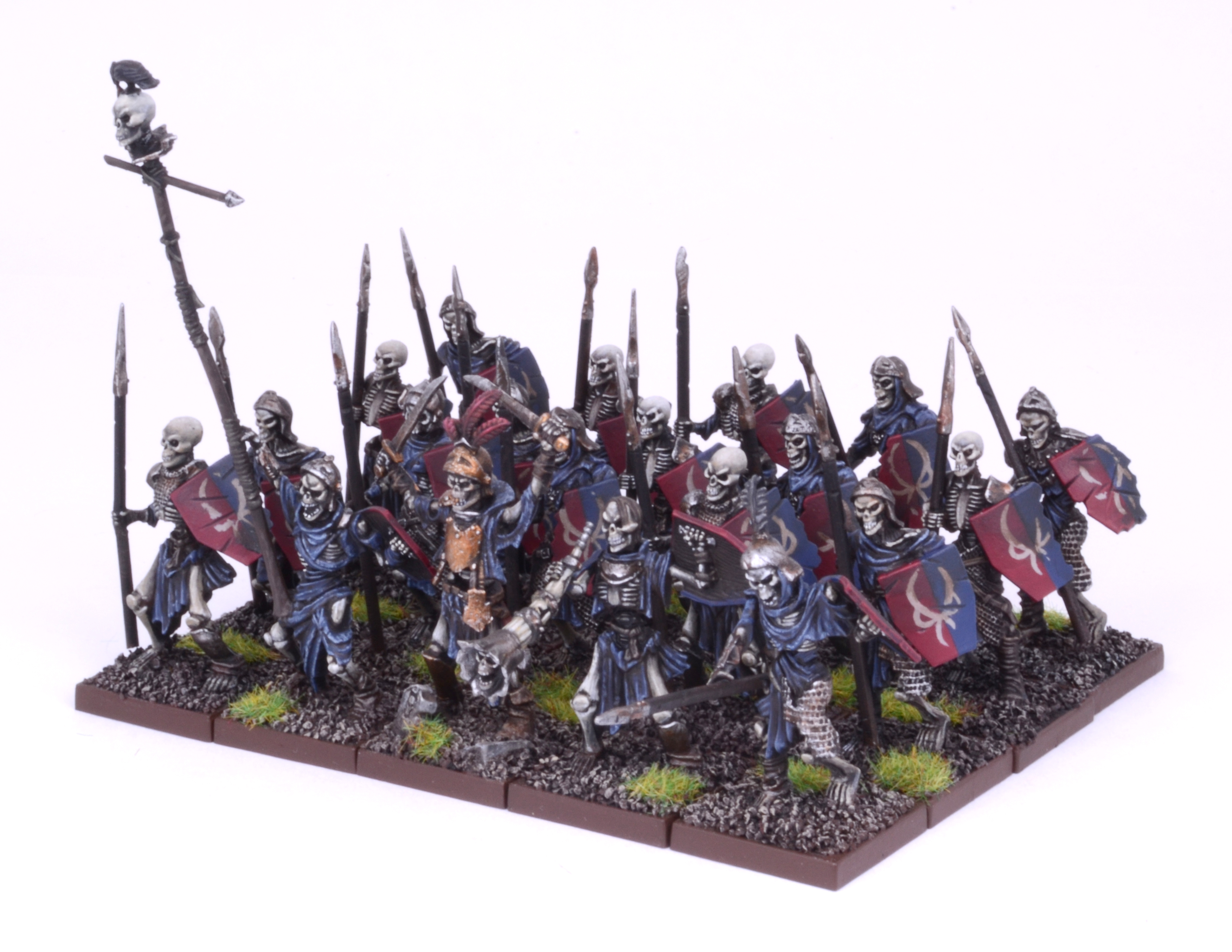 To make detailed and reasonably priced figures,
To try and restore the idea of ‘real’ fantasy (yes I know that doesn’t make sense!) – in other words to have men look like men, elves like elves etc,

And most importantly – to entertain you! To do this we wanted to make some of the figures easy and quick to assemble but also to give you some additional ‘hobby’ type elements – stuff like extra heads, weapons etc – plus some ‘fun’ – our skellydog for example.
For all those wargamers out there we also recognised the need for additional troops to make fielding a Mantic Undead army viable….. . . . .

So we worked on giving you the ‘heavy’ infantry in the form of the Revenants. These are uparmoured versions of the basic troops with plumed helmets etc etc plus lots of goodies… 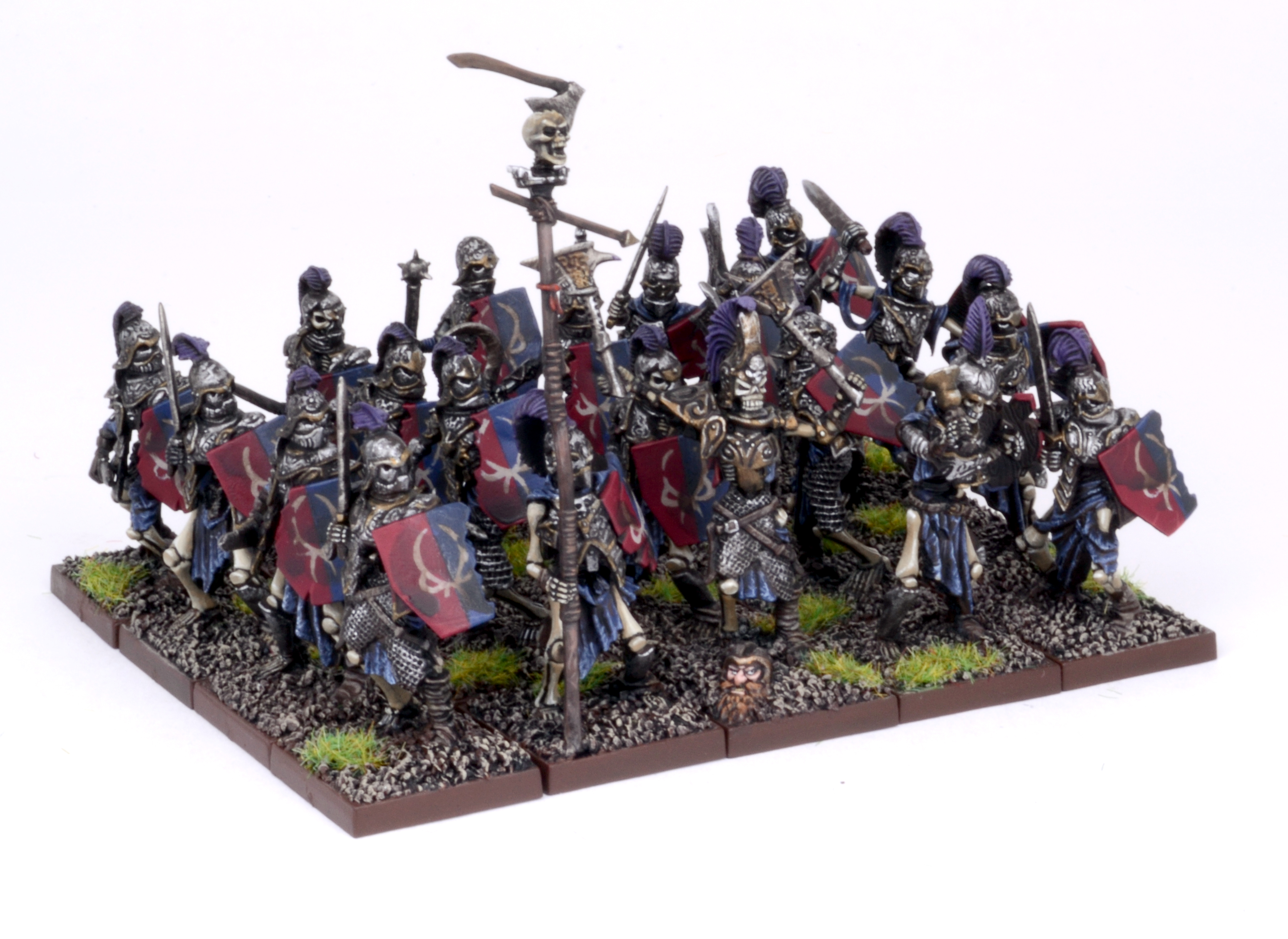 Then there is the war machine. We had some fun with this too – mainly as we wanted it to have a simple construction and yet was a robust design. The crew were good fun too – I feel I should mention that I think I may have one of the top jobs in the world; making model figures! 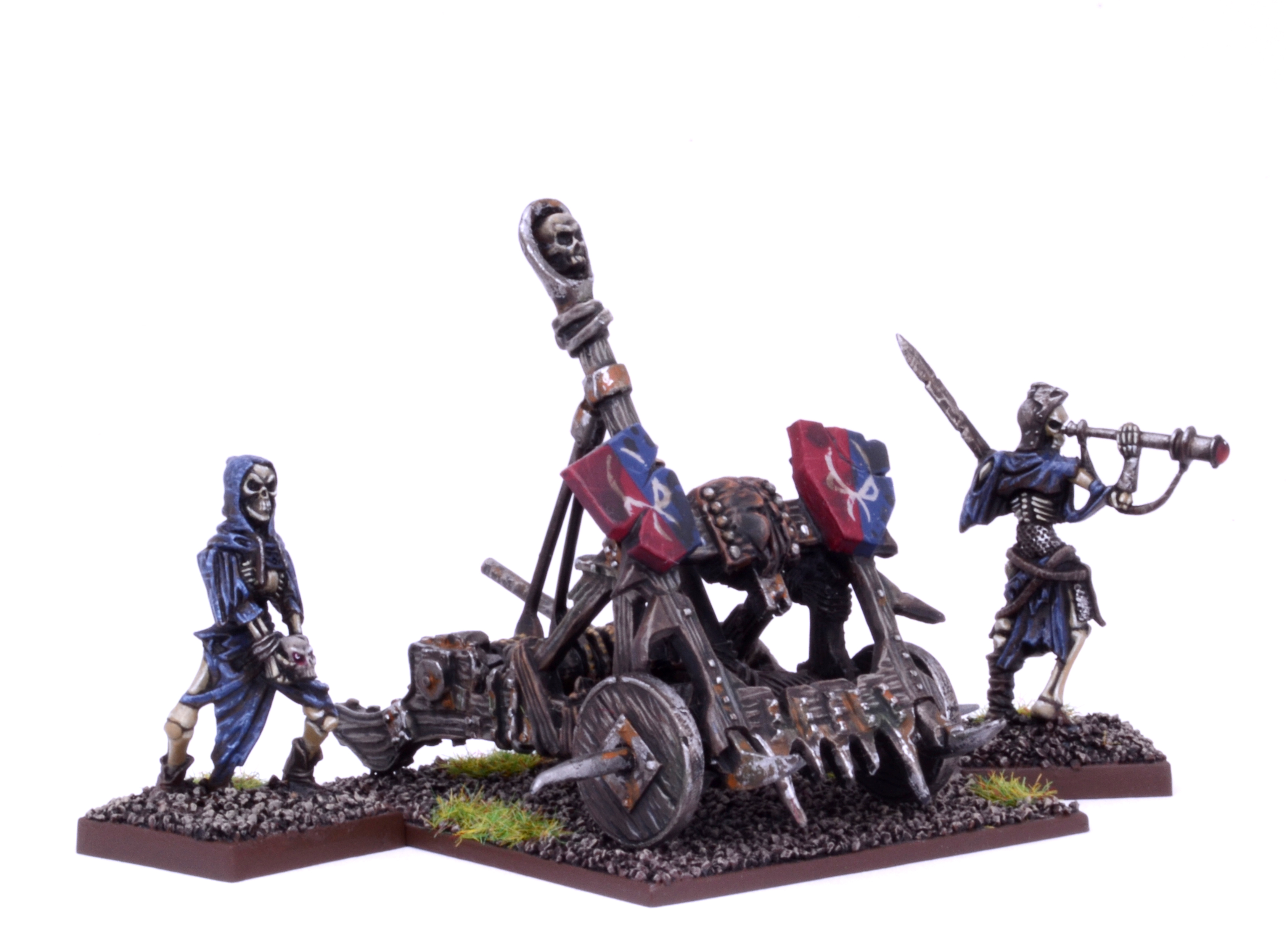 These were great fun to make – the human eaters of flesh etc that the Undead Ghouls were meant that we had to portray them as ‘human’ or ‘once human’ who now were in the netherland between life and death. This meant that they had to show a sense of awareness and purpose that would be missing in say Zombies. So we knew that they had to have a menacing aspect but also an advancing, deliberate look.
The waist joint gave us this. It allowed us to make the menacing arms and sharpened fingers that mark a ghoul out from other undead types. We were careful not to over-exaggerate this detail though, didn’t want to have a cartoony appearance that would detract from our ‘real fantasy’ idea.

The separate heads were very enjoyable. I love making heads…. In fact we didn’t have enough room on the sprue for all the heads that I made.
We also wanted to have some accessories that would help create a bit more individuality and some more background for the ghouls. The extended talonhand glove and the bag of ‘bits’ fitted the bill nicely.
So there you have them – the ghouls, ready to mark a swathe of destruction across a wargames table near you soon….!

As always, we hope you enjoyed this catch up. Please keep an eye out for the next Kings of War blog where Bob’s thoughts on sculpting carry on (It was originally a five part article), and remember, if you fancy getting started with Kings of War you can pre order the rules and get your collection started on the Mantic Store.