Life in the Fast Lane

Orc players are in for a treat this month, with the release of the new Gore Chariot model! 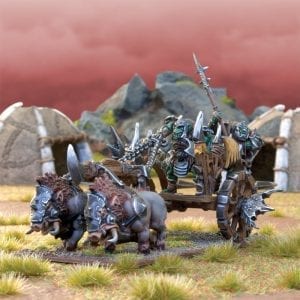 This war engine is as simple as it is brutal: a pair of snarling Gores pulling a very heavy and very spiky war-chariot, which carries a couple of big Orcs armed to the teeth and eager to get into battle. Their tactic is obvious: charge headlong towards the nearest enemy regiment. 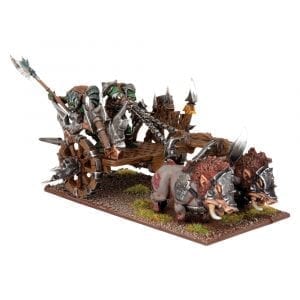 What do you think of the Chariot? Will you be getting one for your Orcs? Let us know your thoughts in the comments below!

The Chariot is released on the 29th June 2013 and is now available to pre-order both as an individual set or as part of two fantastic value Army Deals.