Looking to the horizon…

With only two weeks to go until our Mars Attacks game goes live on Kickstarter, there’s quite a buzz building in the Mantic community! Our first goal will be to fund the basic Mars Attacks boxed game, which will contain Martian Grunts, U.S. Troopers and a couple of the heroes. We’ll also be including a set of modular plastic terrain to represent the blasted ruins of Greenville. If you check out the post Chris put up yesterday you can see it on the tabletop, but here’s a selection of the pieces we’ve had sculpted – note that this isn’t a finished set, and not all of them will necessarily make it into the final product. 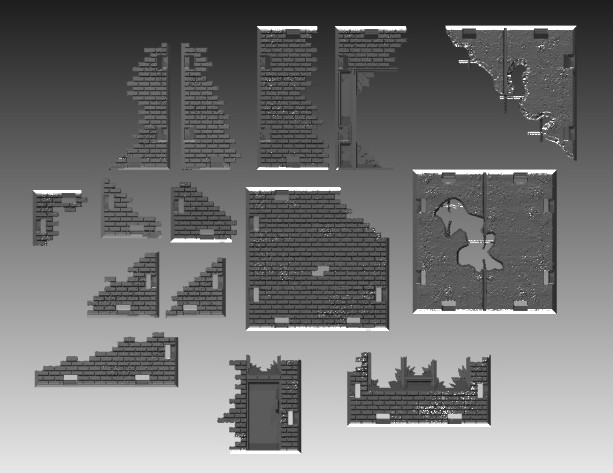 To give you an idea of scale, the longest edges are 3″.

This terrain set will break up the gaming area, giving you precious cover to hide behind in-game. More importantly, the terrain is modular, so you can assemble it in a whole variety of different ways! We’ll be getting some photos of the finished terrain prototypes up on the blog next week – make sure you check back.

So, as I said, that’s our first goal. If we hit our target, and fund Mars Attacks, that’s what you’ll get! We’ve played a couple of games already, and without giving too much away I can tell you that it’s going to be awesome.

But… what if we beat our target? (It’s happened once or twice before!) Well, we’re planning a series of Stretch Goals. If you’re new to Kickstarter, let me explain. Once we hit our funding target, we can set another goal and say “Well, if we get this far, we’ll make X”. Sometimes that might be upgrades or additional models for the boxed game; alternatively, it could be add-ons, more units, extra factions… the list is only limited by our imaginations, and how much funding we can raise! One of the things we’d really love to do is add more heroes to the game. In a skirmish system like Mars Attacks, story is everything, and the more heroes we have the more story we can tell!

So without further ado… meet Phil. 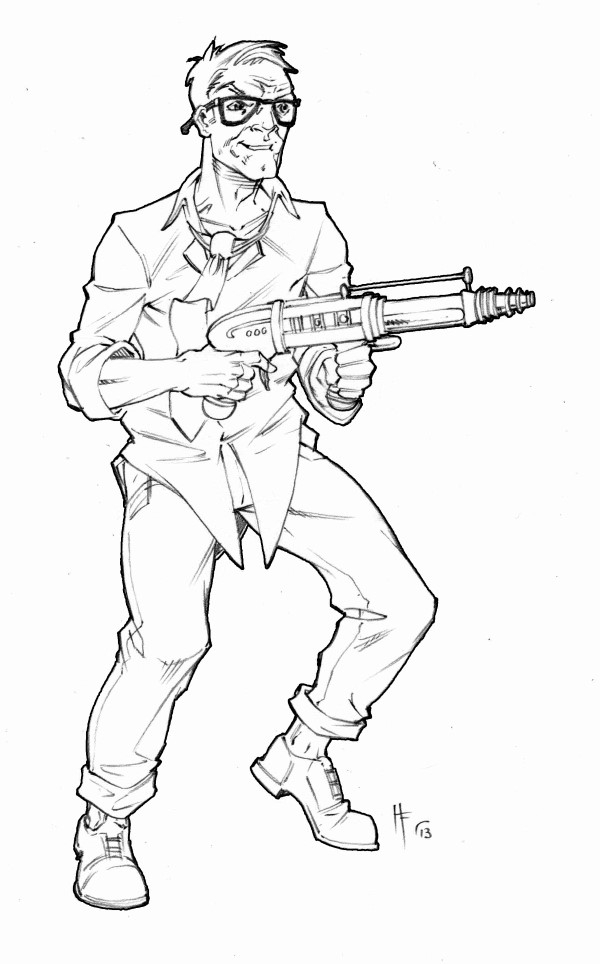 In every group, there’s the one guy that everyone picks on. The butt of every joke, the sap who always gets it wrong. That was Phil. When he left Greenville High he got a desk job at Nicholson Distribution & Logistics, inc., and every year he told himself that it was time to get out and do something with his life. 23 years later he’s still there. He used to get angry at his situation, but that eroded away years ago. Now he just puts up with whatever life throws at him, greeting adversity with docile friendliness and a “smile even when the world screws you over” attitude.

He was at an all-time low, wondering why he was still putting up with co-workers hiding his figurine collection and putting salt in his sugarbowl, when It Happened. Something so shocking, so thrilling, that it almost made up for all the wasted years. Finally, he had a chance to make something of himself! Okay, he had to admit that there were downsides. Alien invaders were tearing the town apart, and everyone he’d ever known was dead. But actually, when you stopped to think about it, that had dealt with a lot of his problems, and one of the Martians had dropped a ray gun right outside his door, so could he really complain? Yeah, all things considered, things are on the up for Phil. If the meek shall inherit the Earth, well, maybe it’s about time he stepped up to take his share!

What do you think of Phil? If you’d like to see him in the game, make sure you head along to www.marsattacksthegame.com and register your interest!