This weekend, Mantic will be in attendance at two of the most prestigious wargaming shows in the world – Adepticon in Chicago and Salute in London!

It’s hard to believe only a year has passed since we last attended these shows. Back in April 2012 the Corporation had not long been released, Project Pandora was on sale for the first time, and no one had even heard of DreadBall! It’s amazing how much can happen in a year… 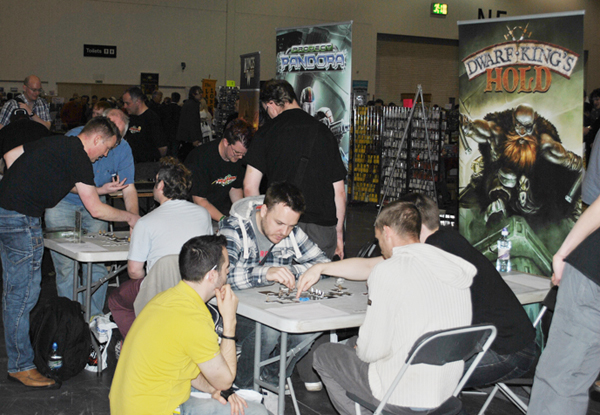 We’ve got some great show-only deals planned for both events – anyone who’s ever been to the Mantic booth knows that we always come up with amazing offers, so you’d be crazy not to stop by. Both shows will have a limited supply of DreadBall Season 2 stock on offer – if you’re quick you might be able to get your hands on a rulebook, a Void Sirens or Pelgar Mystics team, or Mee-kel Judwan! As ever, our teams of dedicated Manticites on hand to run you through our games, talk about our miniatures and pose for ridiculous photos*. If that’s not enough, Ronnie will be at Adepticon and Jake will be at Salute, so if you’ve got any questions about what’s on the horizon (Deadzone maybe?) this is the best chance you’ll get. 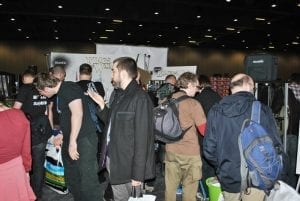 There’s always a crowd at the Mantic booth!

You can find out more about Adepticon 2013 and Salute 2013 at their respective websites. They’re both shaping up to be brilliant events, so we hope to see you there!

*None of them have agreed to this third point, of course.