Mantic Podcast Episode 3 – The One With The Kickstarter 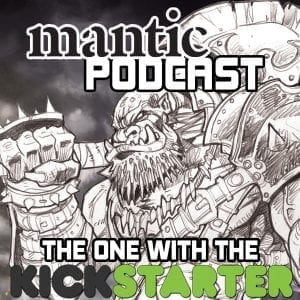 Featuring an interview with Alessio about the new changes to Warpath 2.0, the start of a Kings of War tactica series (beginning with a basic overview of the game and it’s race) and an update on where we are with our Kings of War Kickstarter, and you might just have the best Mantic Podcast yet. Check it out below or on iTunes.

INTRODUCTION – Ronnie and Josh give their Kickstarter thanks and talk about progress and Ben gets to hear all about the Enforcers!

WARPATH V2.0 – Alessio talks with Ben and Josh about his thoughts on the direction of new rules and the two systems within it.

Kings of War Tactica – Ben and Josh give a rundown of the play style of the KoW armies. This section was added in response to demand, so please give us your feedback on it!

CLOSE –  Ronnie hints at the next big secret release…