When the death rays start firing, you’d better be prepared…

Backed by an incredible amount of support on Kickstarter last November, we funded a crazy game of Martian brain splattering, giant mutant bug attacks – oh, and we set some cows on fire too! 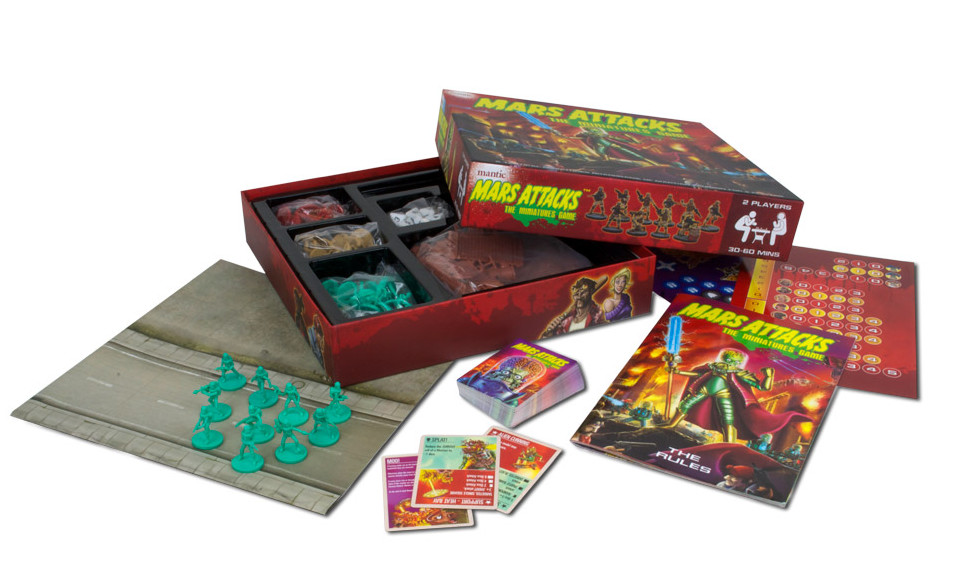 We are now two months from launch and Mars Attacks – The Miniatures Game is already our most successful game to date, with phenomenal interest in it from our retail partners. We are pleased to say that in September you will see the game in stores, and there will be French, Spanish and German language editions coming out too!

The game comes with several scenarios that you can play through to tell the story of the Martian Invasion from the civilians of Greenville’s point of view, and you’ll get to play with General Tor and his Martian troopers and try to destroy the human resistance (or you can defend Earth and blow their Martian brains out instead!) 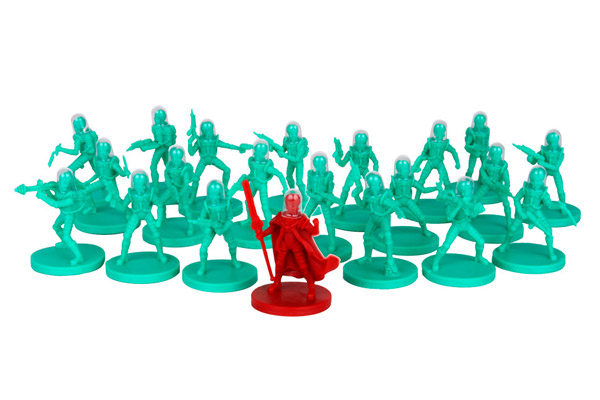 There’s also loads of quick assembly plastic ruined scenery and ready to play miniatures, including Martian Troopers with detachable transparent helmets, US troopers and Civilian Heroes, plus the rules and scenario book and all the cards, counters, and dice you need to play. 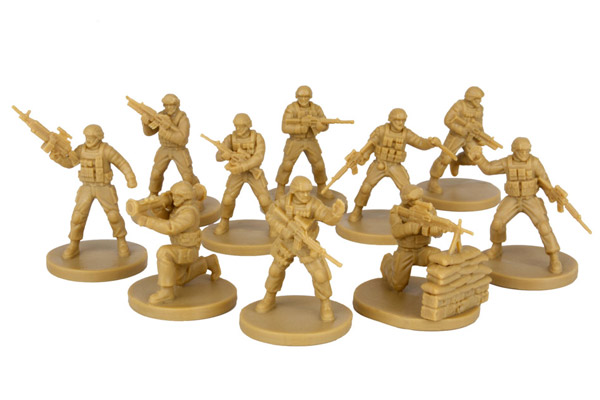 We’ve just had the first finished box set from our manufacturers and it looks great – we’ll be doing an unboxing video very soon! We think the scenery fantastic – as do the plastic miniatures. The rulebook and print really benefited from all the comic and card art we could use too. Keep coming back to the blog to see more… 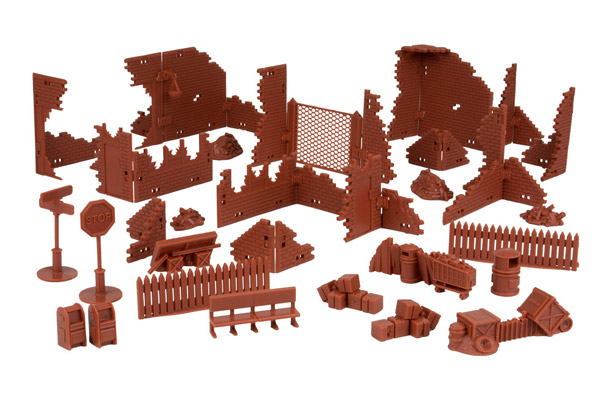 While we are busy producing the games for the Kickstarter, we often over print so that we’ve a few more than we need on the first delivery. We are happy to offer these to our newsletter subscribers alongside our trade partners. We expect the game in the first delivery to run out before the second shipment arrives, so if you want to be in the first people to have their hands on the Martian killing fun then act soon, and grab an early bird copy – once they are gone it could be a few weeks or a month before any more arrive.

So prepare your tabletop for invasion – and watch out for flying cars and burning cattle!

Mars Attacks – The Miniatures Game is now up on our website as an Early Bird offer special until the first delivery sells out…don’t miss it!

You can also grab the MEGA DEAL!