The Novas Vira are the only forces on Earth who were prepared for the Martian invasion, and as the US Marines start to founder in the face of Tor’s reinforcements, they emerge to lend their strength to the defence of Greenville. Trained in secret beyond anything the regular armed forces of earth could conceive, these brave men and women form part of a movement that reaches into the far corners of the galaxy itself. 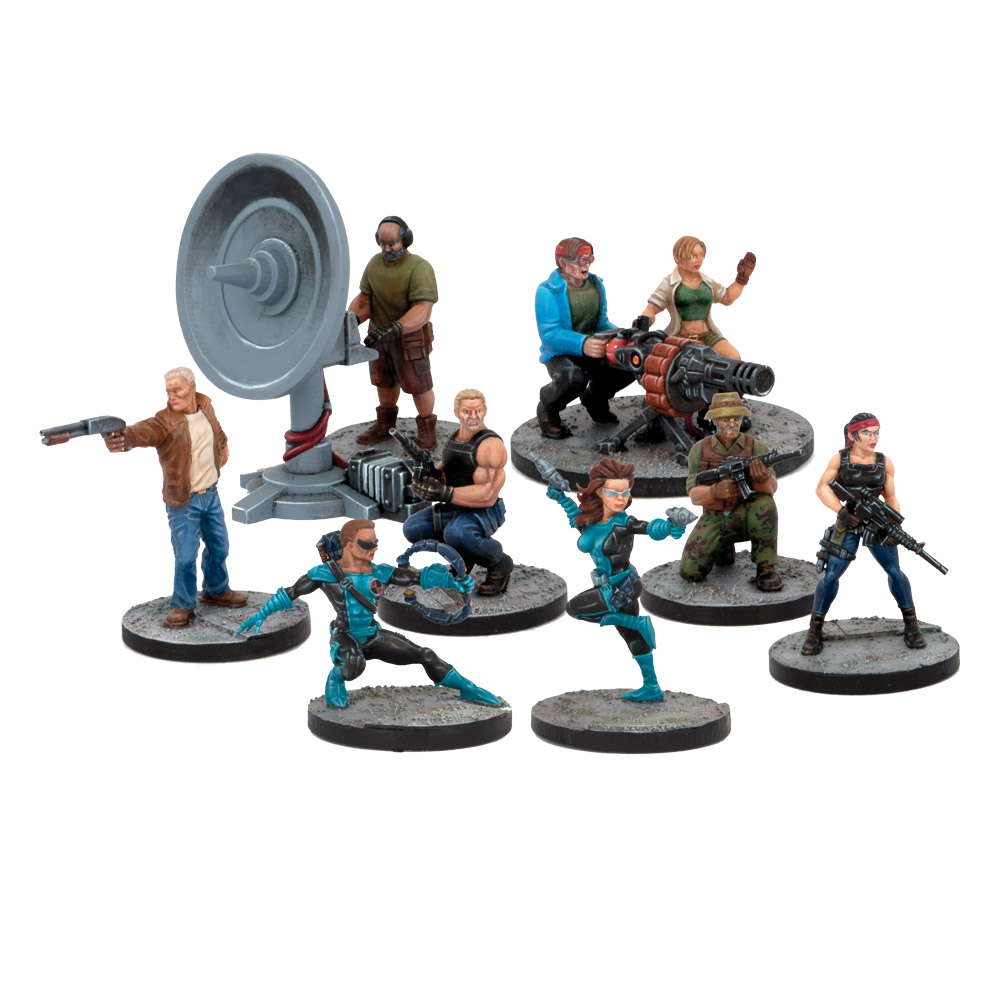 Novas Vira are humanity’s greatest hope – with access to special weaponry and elite training, these guys have been guided by a mysterious benefactor to prepare humanity in secret for the alien invasion.

They represent some of the most amazing fighters that humanity has produced and they’re here to defend Greenville and push back the Martian invaders. Once they gain a foothold here, they intend to send the Martians packing, joining pockets of resistance all over the planet in defending their world against the things that are coming after them from space.

The Novas Vira Militia just reek of awesome special character rules and cool weapons! They really give humanity a little bit more flavour and depth. Agent Jack Falco and Natalya El really contrast the common theme through humanity as they are outfitted in a more futuristic approach, making them appear to be a technological equal to the Martians – Humanities greatest defenders. What really catches my eye though, is the individuality and character of all the other models. From the shotgun wielding “famous 80’s robot from the future with an Austrian accent who shall not be named” model to the comical sonic disruptor model with bearded crew member, all of the models bring their own unique role to the table. Something I’m really looking to using in Deadzone!

Visit our webstore and pre-order these fantastic miniatures now! Also make sure you sign up to our newsletter to keep update with everything going on in the Mantic world.