Mars Attacks: The Miniatures Game is now live on Kickstarter – follow this link to pledge now! 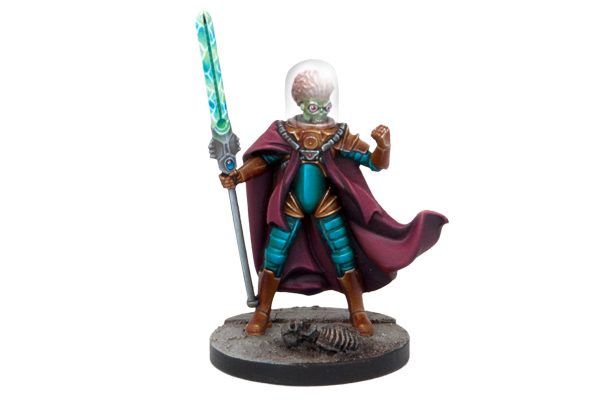 Mars Attacks: The Miniatures Game tells the story of Greenville, a sleepy suburban town that becomes the focus of a Martian General’s nefarious plans. As you play through the game you’ll follow our group of plucky heroes and evil aliens as they clash across the blasted ruins of the friendliest town in the South.

The game features awesome, detailed miniatures that can be used straight out of the box as they come preassembled in coloured plastic. Or, if you like, you can paint them to enhance the look of your game. Either way, they’ll look great! 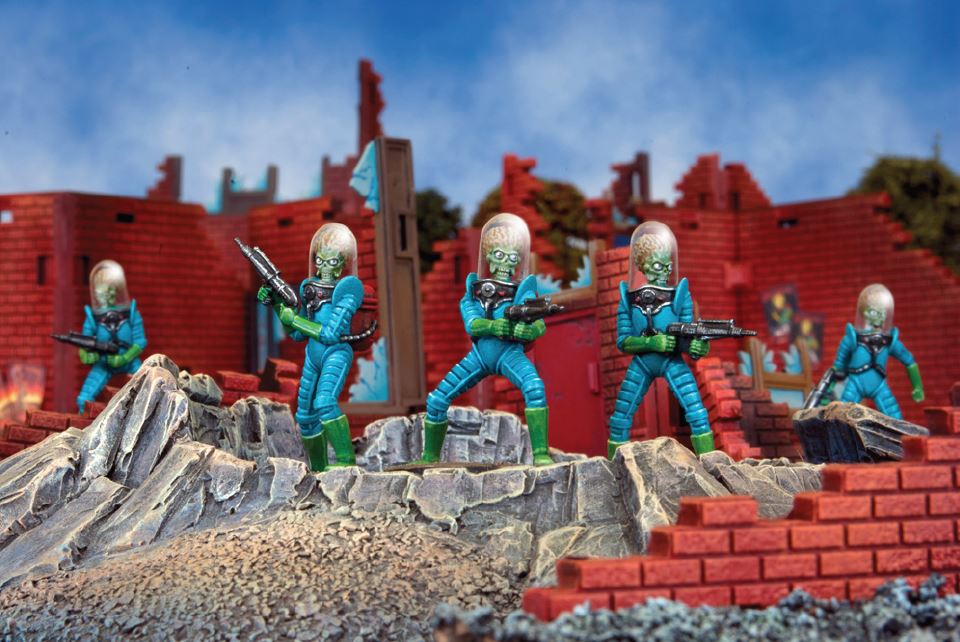 The rules are easy to learn, and focus on fast-paced gameplay that anyone can enjoy – even someone who’s never played a miniatures game in their life! As you play through the scenarios you’ll find yourself immersed in amazing moments of b-movie action as your models shrug off damage, take one-in-a-million shots and sprint across open ground towards cover while shots erupt all around them. And of course, it wouldn’t be Mars Attacks without artillery strikes, heat rays, and even stampeding, flaming livestock!

We’ve chosen to fund Mars Attacks: The Miniatures Game through Kickstarter because we believe that this is the best way to make this game incredible. We could have gone ahead and made the basic game as it is, but with Kickstarter we’ve got the opportunity to add so much more! Flying saucers, giant robots, more heroes, bigger games, new ways to play – we’d love to add all this and more, but it just wouldn’t be possible without Kickstarter! We’ve got so many things planned for our stretch goals – you really don’t want to miss out. 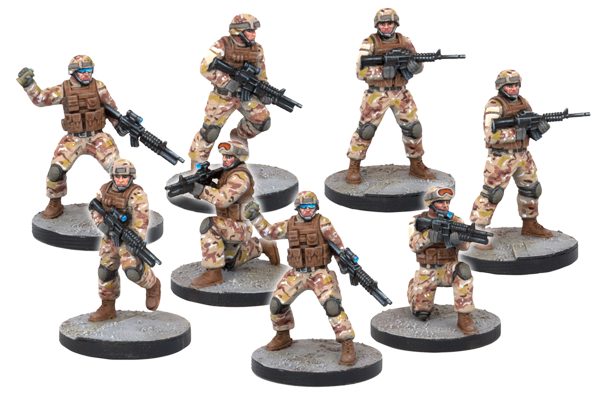 We’re introducing special “Early Bird” pledge levels for the rewards that we think will be most popular – if you get in quickly, you’ll have the chance to pick up one of our great deals at an even lower price!

What are you waiting for? Head to the Mars Attacks: The Miniatures Game Kickstarter page and pledge now!