An Iron Ancestor that has been converted to the Doomstorm pattern sacrifices its great melee hammer in order to mount a second double hailstorm cannon. This means a loss of flexibility and effectiveness in close quarters, but it also means that the Iron Ancestors’ firepower now rivals that of a Jotunn Heavy Hailstorm Cannon! 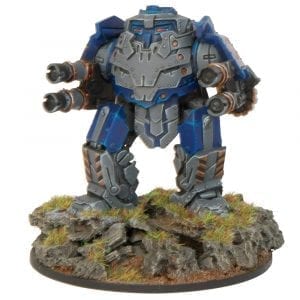 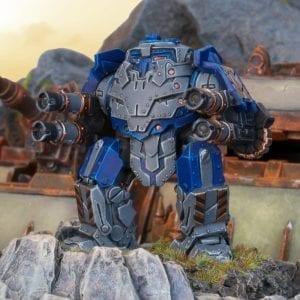 The Forge Fathers are back for February! Advance Order the new Forge Father Iron Ancestor as either a new box-set or as part of Dargo’s Veteran Company – a new 50 figure bundle that includes 2 Iron Ancestor Doomstorms and 20 Stormrage Veterans!