Deadzone: Incursion goes up for pre-order later this week.
As we’ve already explored, the new book is packed full of great new content for Deadzone, including: 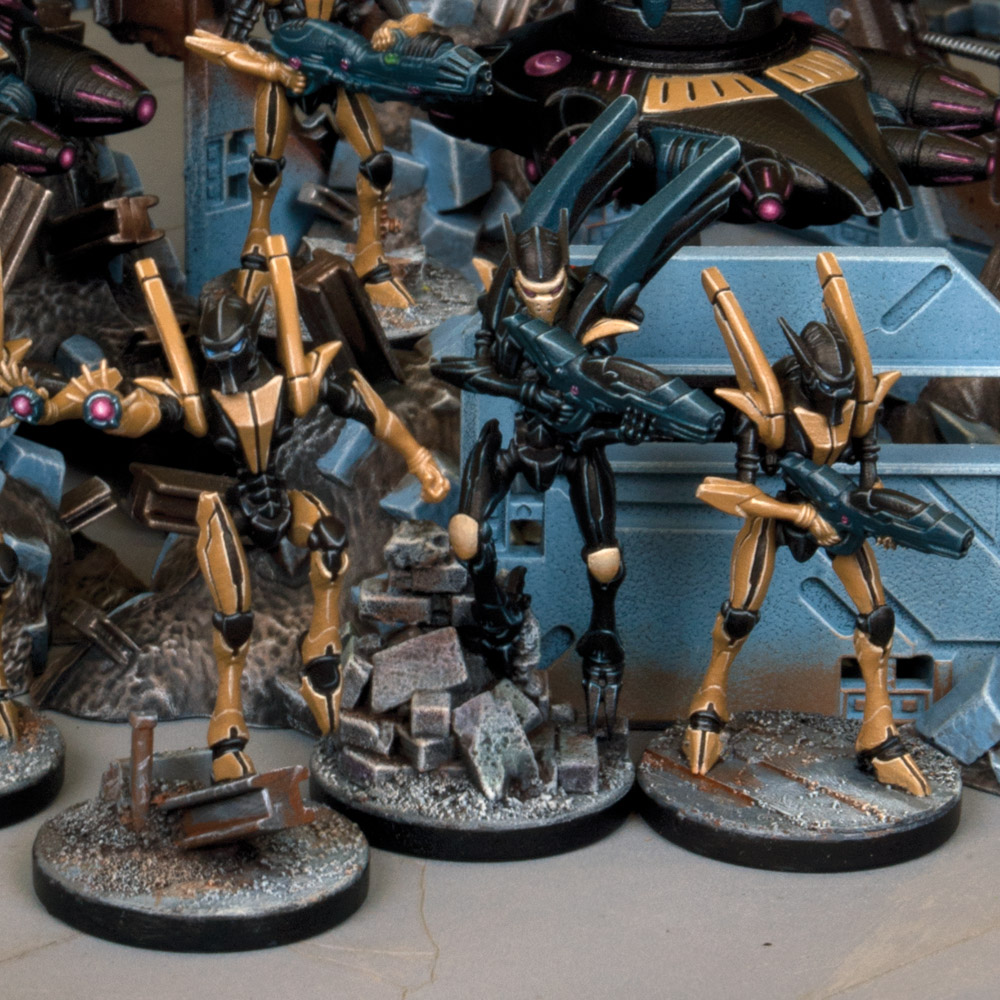 Asterians
One of the more enigmatic races encountered within the galaxy, the Asterians remain distant from other races, resisting overtures of peace and unity from the GCPS with an attitude which borders on arrogance.  None can say what the goals of these most mysterious of aliens are, and the sophisticated stealth technology they routinely employ means that it is difficult to know where they are unless they want you to.

Faction Focus: Cyphers
A Cypher is a biomechanical construct – a sophisticated combat chassis with certain biological components which assist with the interface process required for its operation. Each cypher is remotely controlled – usually from low orbit – by a pilot through a total immersion interface which allows the pilot to see, hear and act through the Cypher as if it were his or her own body. 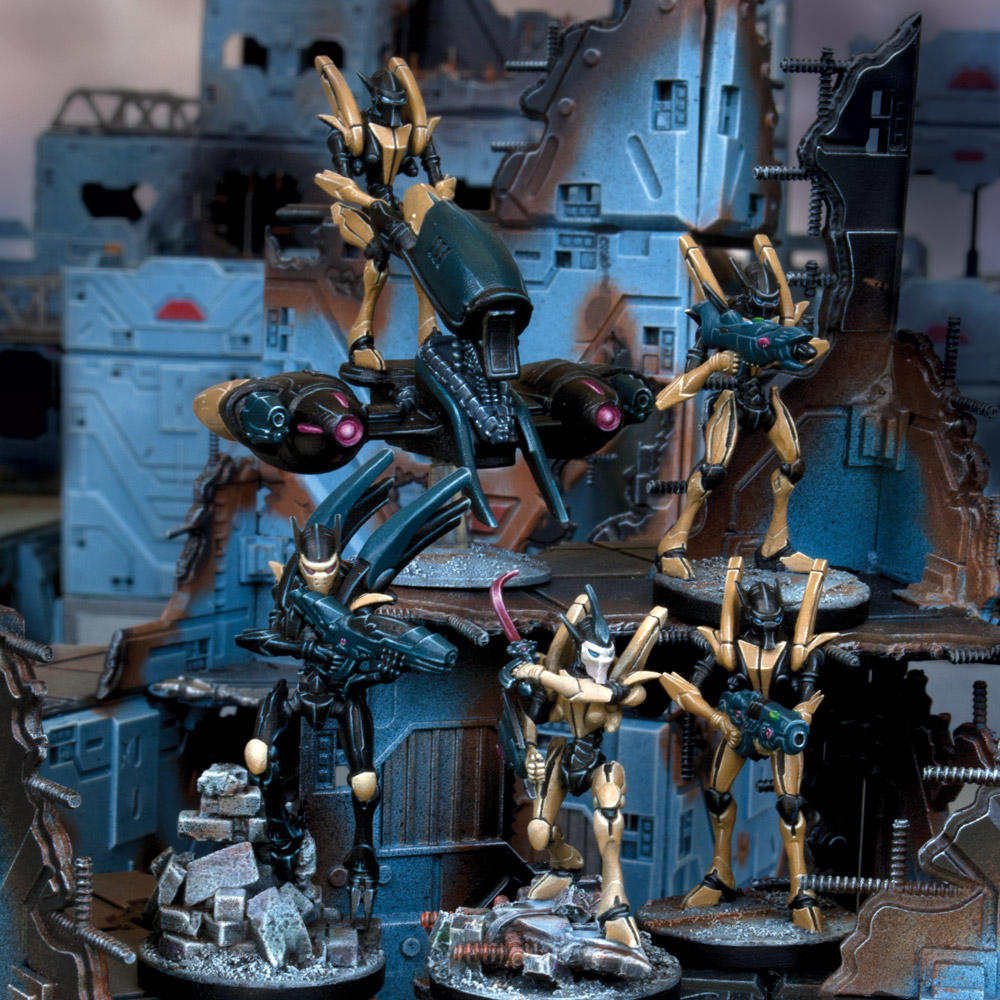 Cyphers are the main battle troops for Asterians operating on Nexus Psi
The Asterians’ natural affinity for technology is such that Cyphers themselves are very easy to reproduce, though the process of bonding between pilot and Cypher – known as the Sokuru – is one that takes time and patience if it is to be truly effective.
Developing the Asterians
The Asterians are a prime example of why we wanted to do Deadzone: it gave us the opportunity to piece together the races of the Warpath galaxy little by little, focusing right in at a detail level whilst also providing some of the overarching background behind a race.
The concept for the Cypher originally hailed from that of the Praetorian – a DreadBall MVP. We knew we wanted to do the charge glove concept and we needed something suitable to go with it.

At the time we didn’t know the Praetorian was a Cypher, but as we came to design the Asterians, it was evident that the concept suited the nature of this race.
From there we looked at what we wanted the Faction to have. Support weapons with multiple options, special energy-based weapons and mobility were some of the key themes we conceived and we tasked Roberto Cirillo to take our brief and make it real… and this is what he came back with!

Stunning, aren’t they?
From there the concepts were digitally sculpted and printed before being painted by Dave Neild.
They also get a jetbike as well, which is only a few pieces and does actually go together without glue. It wasn’t designed that way but hey, happy coincidence!