This Summer, Mantic will be teaming up with the guys at Foozmeister Studios to produce a series of Table DreadBall games. 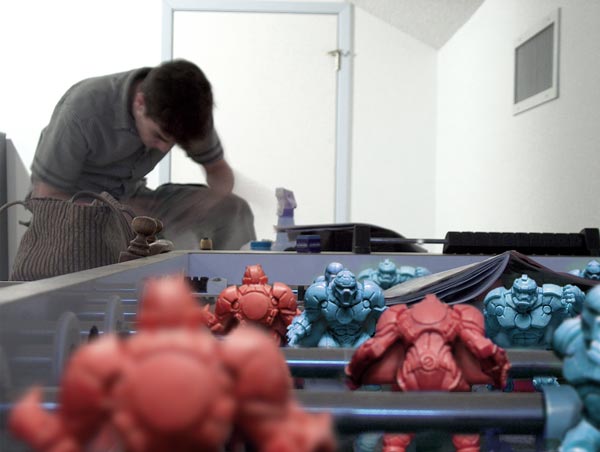 Joey from Foozmeister, making notes along the lines of “this is awesome”.

The prototype table features two sets of over-sized, chunky Corporation players in red and blue. If the Kickstarter campaign proves successful we will produce alternative sets with a suite of teams across the first three Seasons, and even the upcoming Xtreme teams when people go as crazy for this as we think they will.

I nabbed a spare casting to use as a Giga-GIANT in my games of regular DreadBall.  It was glorious.