We’re only a few weeks away from the first wave of Season 2 models being released and the previews just keep on coming! 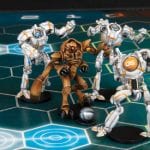 Released in May – The Z’zor and the Robots

The Z’zor and the Robots are both included in the Game on! DreadBall Season 2 Bundle along with all of the other Season 2 releases PLUS get a free Jonathan “Gabe” Gabriel model during the pre-order period! 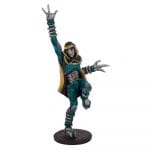 Don’t miss out on this simple One-Click bundle that gets you everything for Season 2!