One week to go until Mars Attacks! 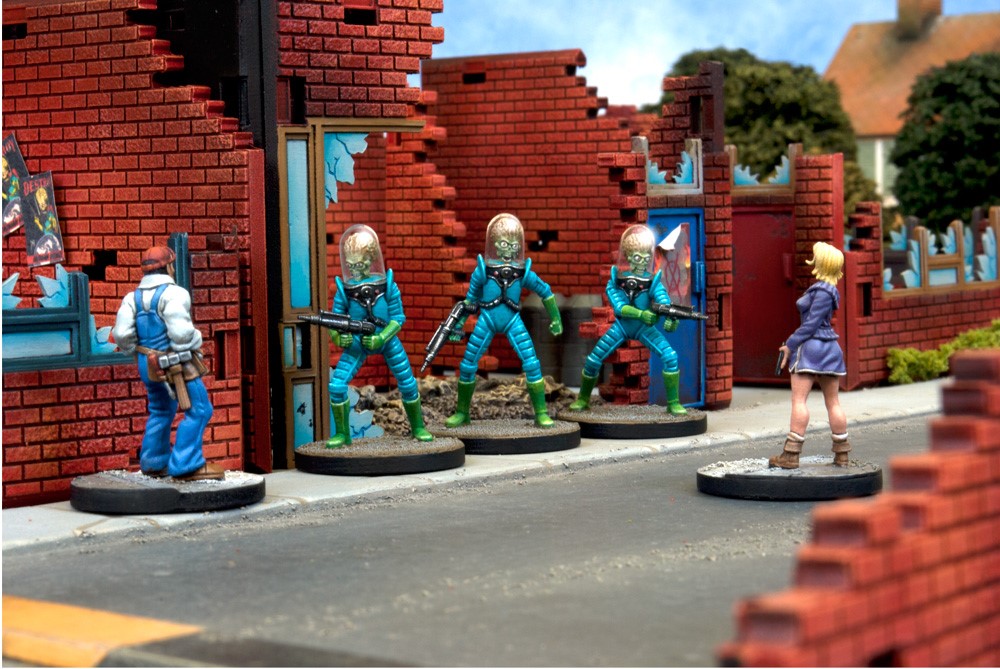 Mars Attacks: The Miniatures Game starts funding on Kickstarter in one week – and you want to make sure you’re there at the start! Wondering why? Well, let me explain!

Whenever we run a Kickstarter campaign, we always offer a wide range of pledge levels. Want to step in for a few dollars, get involved in the ride, and see where it goes? You can pick up something small, like a digital copy of the rulebook. Want to go all-out? We do some awesome top-level pledges for the high-rollers out there who really want to be a part of the game’s history. In the middle, you’ll find the “Sweet Spot”, where most of our backers end up

This is the pledge that gets you a good basic package, worth more than what you’re putting in, but that’s not where it stops. As the campaign goes on, and stretch goals are busted, this pledge will get more things added to it for free. Check out Strike Team, which was without a doubt the Sweet Spot pledge from our Deadzone Kickstarter campaign, and you’ll see what I’m talking about!

That’s a pretty sweet bundle of stuff, right? Four factions with six miniatures each, paper gaming mat, 5 terrain sprues, rules dice and the rest. Worth the $150 price tag – you’re effectively getting the basic Deadzone game as planned, plus two more factions and some limited edition extras. Let’s skip forward to the end of the campaign and see how the same pledge looks…

Well, for a start, I’ve had to fade the image out because it’s far too big to sensibly fit on this page. If you click on it, though, you can check out the full one. Wow. You’re still getting four factions, but the number of miniatures has doubled. The gaming mat has gone from the paper version to the deluxe (rubberised!) version. Forget 5 sprues of terrain, you’re now getting 11. There are also 10 Mercenary characters, Faction Cards, a short story compilation, the Deadzone Compendium… In total, the final Strike Team pledge had a value of over $300… and backers didn’t have to pay a penny more than they were already going to. All of that extra stuff was added to the pledge for free!

Because we knew that this pledge level was going to be so popular, we did something extra special for it. We released 100 “Early Bird” Strike Teams, which were only $140. These were gone within the first 30 minutes of the campaign opening (it was insane) so we introduced 100 Early Birds at $141. These went, too, so we carried on. By the end of the first day we’d released 900 Early Bird packages, with the last 100 going at $148.

The Mars Attacks Kickstarter campaign will follow a similar pattern, with a bunch of Early Bird offers available for certain pledges. You’ll need to get in early – the moment the campaign goes live they’re going to start disappearing! Obviously we don’t want to give too much away, and we’d rather keep our pledge levels under wraps until everything starts, but here’s a clue – the Invasion will be awesome. Hint. Hint.

So now that I’ve explained why you need to get pledging as soon as you can, what can you do to make sure you’re there the moment it happens? The answer lies at www.marsattacksthegame.com. If you register your email address at that site, we’ll email you the moment we go live and send you the link to the Kickstarter campaign – and you’ll be able to get in and grab yourself an awesome bargain.

Seriously, what are you waiting for? If you haven’t signed up yet, get over there! You don’t want to miss out on this…