We had an important delivery today of boxes, rules and more boxes, meaning our Dwarf King’s Hold: Game Bundle is now available again! 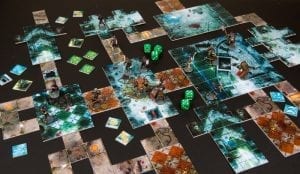 Orcs take on the Elves in Green Menace

Of course, if you’ve already got yourself a copy of Dwarf King’s Hold: Green Menace, then you’ll have acquired a small Orc and Elf warband. Expanding your Orc and Elf collection into a full-on army is easy with our new mega-armies and large army deals, giving you all the core troops you need as well as additional elite units and heroes in support – the Orc army for instance includes ten of the epic new Gore Riders! 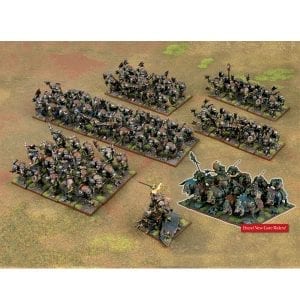 So whilst you might start out raiding and looting amongst the Dwarf King’s Hold, with the addition of a mega-army, you can turn your force into a fully fighting armoured army on the tabletop, and with Free 2nd edition Kings of War rules included, you’ll have two games to play, rather than one, meaning something for everyone! 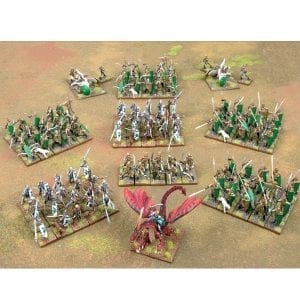