What better way to cap off Project Pandora with new photographs of the Game and the Veer-myn?! 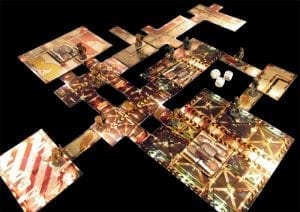 This new pic shows off one of the layouts you can make with just some of the tiles included in the box. The cargo, airlock and engineering deck all feature along with a few Veer-myn and the Corporation Guardsmen 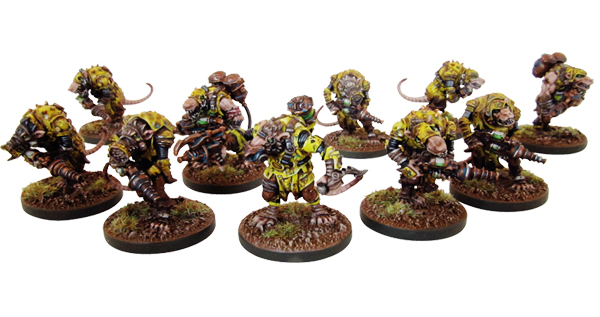 The new race of space scavengers, calling themselves ‘the Veer-myn’, began to live in the vast bowels of all large space ships, regardless of the race they belonged to. It goes without saying that the Space-Vermin soon also begun to infest the sewers and ventilation ducts of the sprawling mega-cities, and the gigantic underground bases and artificial colonies built by many races throughout the galaxy.

These creatures have now spied the world above long enough to learn some of its science and lust for its wealth. More and more often, the chittering hordes of rat-creatures, armed to the teeth with scavenged weaponry they have ‘adapted’ to their needs, emerge from the bowels of spacecrafts and settlements alike in an attempt to seize them and enslave the ‘folk above’.