Prepare your tabletop for invasion!

Just in case you hadn’t already heard, Mantic Games and The Topps Company are joining forces to present Mars Attacks: The Game! Set against the backdrop of the new and expanding Mars Attacks universe, the game will allow two (or more) players to take on the role of Martian invaders or the human resistance, and battle for the fate of the planet! 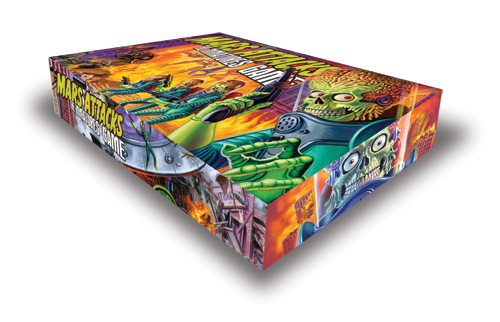 This tactical tabletop game features rules by veteran designer Jake Thornton and a host of stunning Mantic miniatures which can be used straight out of the box or painted to add even more character to your games.

The Kickstarter campaign for Mars Attacks: The Game will run from 4th October 2013 to 3rd November 2013. We’ll be releasing loads more information here at www.manticblog.com and at the Mantic Facebook page  before then. Make sure you register your interest at www.marsattacksthegame.com today!