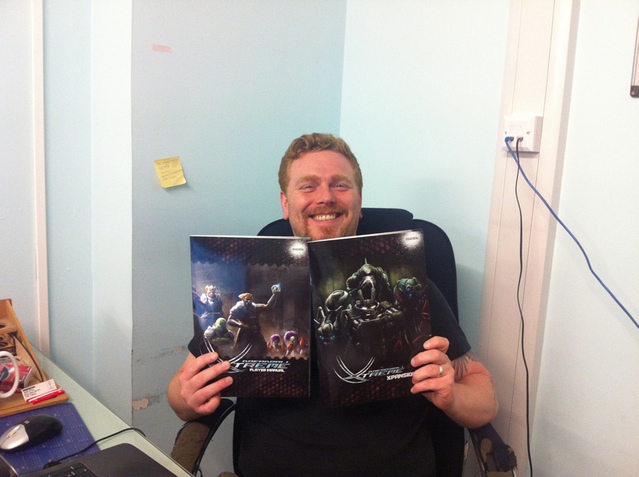 So adept is Rich at Kings of War, he’s using the wrong rulebook to play it!

I picked Ogres for the simplest of reasons, I am not the fastest painter and I do not particularly enjoy painting lots of models, so when the time came to choose an army I quickly bagged these large, brutish chaps.

Generally I’ve always been more interested in armies that fit a background or a story than making an army to win. However, his time my choice is purely based on how many (or few) models I need to paint, which will no doubt cause me problems at The Clash of Kings Midlands Regional this Saturday (4th of July) and The Loughborough Dice Devils Battlemasters Tournament 2015 in September which I think may be the first tournament using the Version 2 rules! 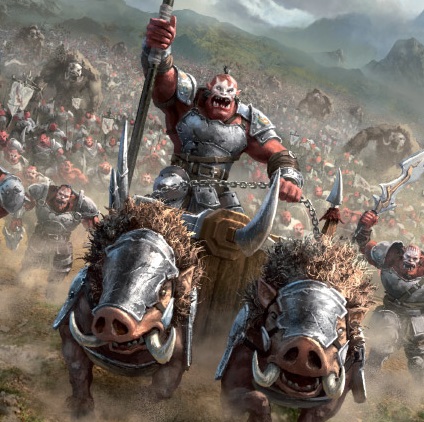 When it came to building up the army, I decided to keep it as simple as possible and stick to the basic models supplied, I’ve not have much in the way of conversions, although I did take some inspiration from Angus McBride’s artwork of a Celtic Chieftain for my Hero on chariot.

I am also terrible at remembering special rules, so I decided to use my first five hundred points on units and a hero with no magic items. Keep it simple stupid.

A nice Horde of Ogre Warriors form the main bulk, with a unit of Boomers as support and a Captain on chariot. The idea is to engage with the big unit after whittling the enemy down at close range with the Boomers and slam the chariot into the flank. 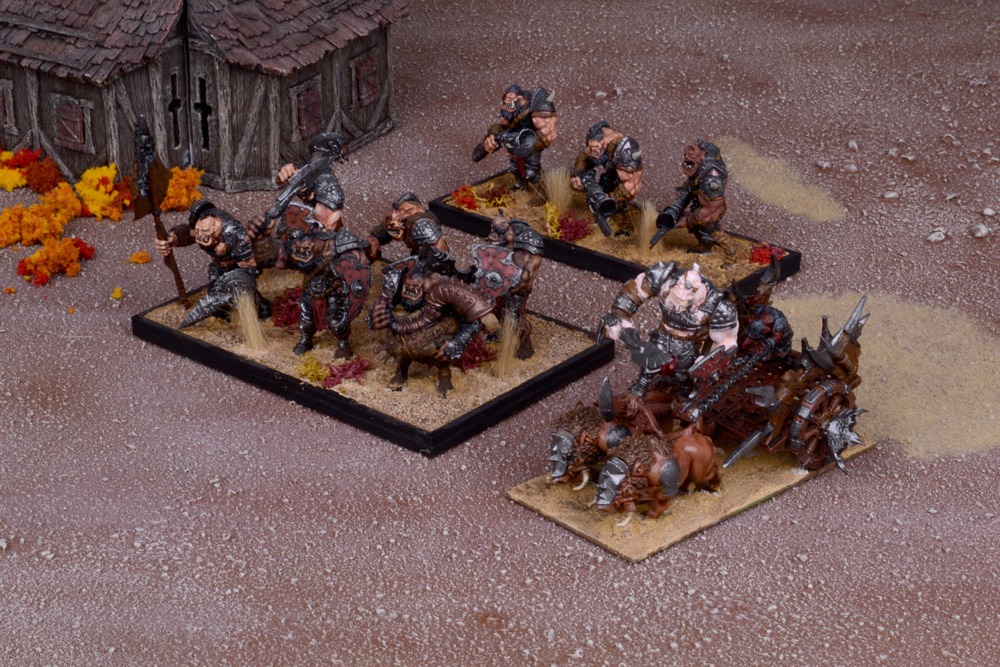 These ARE Rich’s Ogres.
Also a cool picture.

When it came to painting, I again kept it simple with a uniform of Brown/red and armour, but decided to play around with different skin tones to make the force look a little less samey. For some crazy reason decided that the Hero leading them would be an albino. My first attempt at this has not worked; he is very pink, a bit like a marshmallow. After chatting to Dave(Not to be confused with the goblin Dave)  the painter I will be getting some different paints and trying something new.

If you want to join me in the Ogre fun then you can pick them up, as usual in the Mantic Store